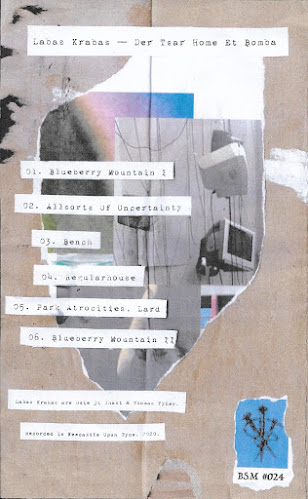 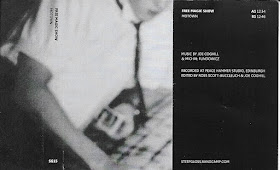 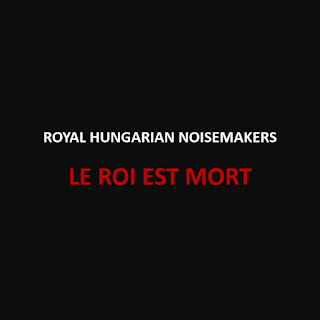 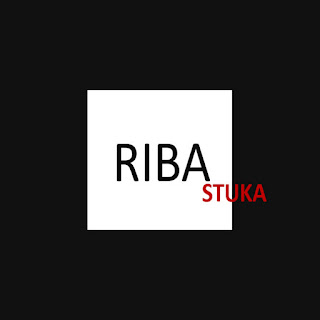 I’m quite certain that I suffer from some kind of word blindness. Not full blown dyslexia but something along those lines, something that makes me write words not as how they are but as how I perceive them. While writing I constantly confuse words with double vowels in them, like the ‘ua’ in ‘guardian’ or ‘guarantee’ which I always think should be written ‘gaurdian’ and ‘gaurantee’. I know it looks wrong but something deep within the soggy grey mush tells me that its right and to leave it as be. I blame the ie/ei police. Spellcheck saves me such horrors but it couldn’t save me from referring to Newcastle outfit ‘Voicecoil’ throughout a recent review as ‘Voicecall’. Because I get whole words mixed up as well. I do it often and while its not the end of the world it does make my toes curl with slightest of embarrassments. This means I have to be extra vigilant with releases like the Garbage Pail Kids cassette which has sleeve text that looks like its been printed offset in 3D and Hungarian releases that come in French. At least I have the internet to help me in the right direction.

Steep Gloss joins Research Laboratories and Base Materialism as UK labels that are fairly new to me. All of them releasing prime weird, experimental musics in small runs with digital as back-up for those who prefer to buy their music in chunks of zeros and ones. They join an ever increasing roster of labels that show what the Bearded Wonder would term ‘The No Audience Underground’, to be a continuing, ever growing, thriving, vibrant nexus of like minded people. People who since lockdown and the closure of live venues have spent their weekends preparing online gigs, making cassette sleeves while recording fridge hum and coffee grinders just because you can.

I watched a few of these online gigs as the lockdown kicked in until regular FaceTime dates with friends took precedence. The name Territorial Gobbing cropped up on a number of tweeted flyers [along with plenty of others that I need to explore] and its here too on the Garbage Pail Kids release. This being a collaboration between Leeds based ‘cartoon improvisors’ Territorial Gobbing and Basic Switches, who jammed some sounds before locking tables in the live situation just before Christmas last year. At an undisclosed location but most likely Chunk, a bout of festive noise buggery took place that involved, amongst various noisemaking boxes, gadgets and Dictaphones several kiddies sing-along records. Two people having a wild time with a Bontempi organ upon which the opening of George Michael’s Last Christmas stutters into life before being killed off again and again and again only to be resurrected for an audience sing-along finale. This admixture of cheezy pop song, kids singing aye-aye-yippy-yippy-yay, Michael Finnegan and scuzzy noise makes it a certified winner. All recorded to phone for added lo-fi vibes.

I can tell you little about Free Magic Show other than they are based in Edinburgh and comprise of Joe Coghill and Michael Fundowicz. One utilising radio and tapes the other computer. Two twelve minute offerings of an electro-acoustic sounding nature that at times exhibits a cinematic feel, samples such as helicopter chop, muezzin call to prayer and aircraft taking off might not win any originality prizes but they do fit. Side two is the livelier of the pair and drifts into noisier territory with all manner of strange voices joining pots, pans, pianos, and gutted tape gubbings. When listened to on trusty headphones this provided me with all manner of delicious ear tickle. There is a slight case of too many samples spoiling the broth here and even though some of them might be well worn I wouldn’t have minded hearing some of them investigated in longer workouts.

Electrolarynx sees ten ‘vocal artists’ collaborating with the noises made by each others domestic sound sources. Thus you get YOL’s retched quotidian observations regarding empty vodka bottles coupled to the unidentified whirring sounds submitted by Jonny Marks. At least I think this is how it goes. They’re all paired up with each other anyway with Dada-esque gurgles, murmurs, throat clearings, whimsical hums and the sound of children running around finding homes amongst the dripping water, chopped vegetables and crackling chip fat. This juxtaposition works and to some extent the differing sounds are complimentary. Take Toxic Chicken making childish poopy, farty friendly lion noises to the accompaniment of extractor fan hum, or Bryce Galloway slapping jaw tightened cheeks to YOL’s boiling kettle. An interesting experiment and one that undoubtedly works.

These vocalization techniques are all over Labas Krabas whose song like improvisations [voice, electric guitar] nestle between all out noise tracks and a Thin Lizzy sample. Labas Krabas are Newcastle’s answer to Sonny and Linda Sharrock, only if they had gotten into much more noise and Thin Lizzy. Last seen sitting on a porch picking like The Haze and screaming like Bjork with her knickers full of wasps, our intrepid pair of improvisers wail and spray and pluck and twang in a homely fashion that has me almost teary. Last track ‘Blueberry Mountain II’ is a thing of rare beauty and makes you wonder why they bother with the noisy stuff at all; a breathy 14 minute ride with vocals ranging from Betty Boop twee to Junko scream, to Linda Sharrock’s fluttering ululations and with frotted electric guitar accompaniment to suit. As it fades to nothing but a slowly plucked bass string, the vocals become ever more ethereal and deranged. Marvelous.

I wonder how many small experimental labels there are in Hungary? There must be more than Unsigned. The Turd played a gig there once so there must be more happening than I know about. Le Roi Est Mort is yet more belt and braces Noise Industrial from the Hungarian collective [whose motto is ‘God Save The Noise! Noise Save The God!’]. They like it noisy for sure but the best track on here is a vocal heavy one; ‘Ráááz, with vocals  courtesy of Zopán Nagy who moves from Ursonate like zangs and tumbs to all out scream as a subdued Whitehouse throb festers below.

Perhaps the pointer as to what’s going on in Hungary lies with the collaborative work that is RibaStuka. Ten tracks composed by several Unsigned artists with all vocals and words performed by Xabi N. If you’ve been following Unsigned reviews some of these names will be familiar but there’s new ones to explore should you wish to expand your Eastern European Industrial Noise Knowledge. All tracks are segued giving for a seamless fifty minute performance of slurred Hungarian monologues and conversations to which are added Industrial ambience, subdued pulses, shortwave fizz, heavenly voices and found sounds. Some of these monologues are slowed to sludge others come through a vocoder, some sound like confessions to a past crime given in a seaview hotel as seagulls scream overhead. This babble of voices becomes at turns eerie and quite disturbing. Tracks are given titles like; Fehér Öltöny, 3 Kívanság, Eldobható Eldorádó and rather bizarrely George and Gerry. Last track is called Rámköhögi which is Hungarian for ‘coughing on me’ which is either a deadly fetish or something that happened after a friend walloped down a big glass of Unicum unaware of its kickback properties.