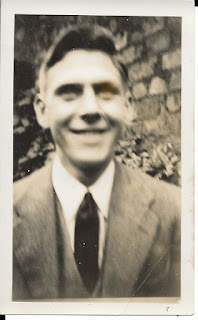 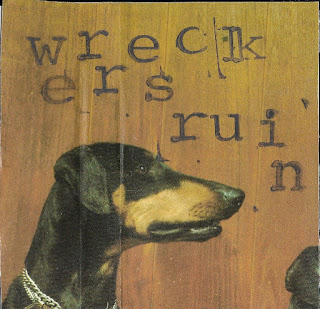 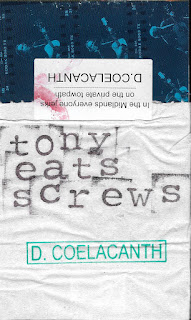 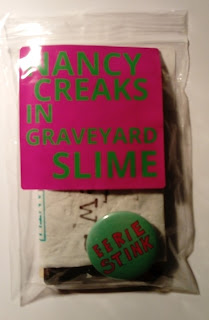 And as the good idea that was Record Store Day slowly descends into the feeding frenzy it was destined to become, let us cast our minds back to when records were something you bought to help you hear music.

In his Saturday diary column the Guardian’s John Grace mentioned that Record Store Day was upon us once more and how this fact reminded him that he’d got rid of his vinyl thirty years ago and now his head is constantly full of thoughts as to how much all those records must now be worth. Millions perhaps. Enough to retire on at least. They’re not records any more they’re money shitting circles of crackly wax that lie in the hands of someone who doesn’t deserve them.

Thanks to Record Store Day there's now a cynical manufactured market for those super limited vinyl releases that everybody wants but only those mad enough or determined enough to start queuing at 2 a.m. outside Jumbo Records in Leeds [and other independent record stores around the world] are likely to see. Slapping down on the counter a wants list running to over 20 choice items our intrepid, sleepless, grumpy and soon to be listing on eBay vinyl ‘fan’ can look forward to steeping his weary bones in a hot bath full of aromatic oils as the bids on his recently purchased ABBA single pass the fifty quid mark.

I can’t remember the last time I was in a record shop to be honest. I try to avoid them these days seeing as how the prices being asked for vinyl gets me all hot and angry. £40 for Neil Young’s ‘Harvest’ as reissued on 180 gramme high fidelity audiophile taken direct from the studio masters vinyl? Thank you very much. Kerching. Remember the late 80’s and early 90’s when a CD could knock you back £17? Well vinyl has replaced that CD cash cow and thats why ‘record shops’ are asking £40 for something you can buy for £3 on Discogs including postage and packaging [I just checked and oh alright its not on 180 gramme high fidelity audiophile taken direct from the studio vinyl but it’ll still do the job].

Looking at the snaking queues of happy vinyl hunters/scalping gouging bastards taken outside record stores on Saturday morning as posted on Twitter by deliriously happy record store owners had me chuckling deep in to my bowl of Golden Nuggets. Some of them opened early so as to let in all those bedraggled, been there since 2 a.m. punters. Some of those been there since 2 a.m. punters got upset and Tweeted that the queue wasn’t going down quick enough and that there was every chance that they weren’t going to get the mystery test pressing of a various artists LP that was being given away for free or that all the Led Zeppelin singles were going to be gone and that they’d have to settle for something by Shaking Stevens and hope that there were enough Shaking Stevens fans out there in eBay land willing to pay more than the asking price.

And have you noticed how those queues are full of males of a certain age? Of a colour of a certain type? Looking for a music of a certain type? There are exceptions of course and I dare say there were takers for last years Alice Coltrane 10” and Jazz and Reggae releases do feature in Record Store Day but the overwhelming weight of sales run along a white male rock demographic.

And that can get very boring, very quickly.

Instead let us turn to something far more interesting and something that is unlikely to interest those who spend two days and nights in April queuing outside a record shop in the hope that they’ll secure a limited to 5000 copies David Bowie Greatest Hits LP that has a different mix to ‘John I’m Only Dancing’ on it.

To that man of mystery. The man whose name is written down on a scrap of paper and hidden inside the yew tree in the ancient churchyard at Burselm. He’s been called plenty of things in his time, most of them complimentary. You may know him as the Filthy Turd but that era is gone, never to return. He’s moved on now drawn to a brighter light, he’s polished his shoes and made his mark using a Sharpie he borrowed from the Jarvolater. Recently he was seen banging a four stringed out of tune guitar under the name of Ernie K. Fegg. He had a drummer with him and they never released anything. Last year, in the 40C heat of the Ionian summer he surfaced as D Coelacanth. Only the Tape Gods know where he is now.

He dumped these two stunners on me a couple of weeks back. I sat and played them on a loop while surveying the RSD queues. Struggling with the crosser I made copious notes:

That was good but as D Coelacanth and ‘Nancy Creaks in Graveyard Slime’ he’s created the best thing he’s done to date. If you want a solid hours worth of total mind bend then look no further for our man has somehow managed to edit together a series of short Dictaphone cut and paste randomnia that when listened to in one sitting gives the listener all the benefits of six pints of White Lightning without the danger of a hangover or liver damage.

You know the man can make sounds like no other but this is other realm. From the off there’s nothing but a constant barrage of short missives all delivered in that burry Burselm voice of his:

I could do with some thinner he shouted,
All over me knew settee
They wanted more skulls,
I collected all of it in a tiny box,
Luckily all them people were dead,
That needs a bit of work. See a specialist,
Its better out there,
There are seven types of damp,
NO PARKING!
I put me hands in,

Each line delivered in a series of voices most of them coming at you like an off his tits Patrick Stewart reading the rambling thoughts of Rampton through a paper cone.

The man is on the form of his life creating a world that no one else I know of can even come near to imagining never mind creating. A world chock full of dirty sounds, chipped mugs, the filth of forty thousand years as culled from the cassette racks of Woolies circa 1976. Hallmark Greatest Hits packages that only play one side with the other bleeding through. The monologue of a man on a mission armed only with a Dictaphone and his fevered brain. True Outsider Art.

Where you’d get Wreckers Ruin from I have no idea. Maybe you’ll have to hang around Stoke-on-Trent in the small hours looking for a small hairy creature. Chocolate Monk are carrying Nancy Creaks In Graveyard Slime though and for this they have my utmost respect. For your coin you also get a vintage photograph and a badge that says Eerie Stink. Neither release will require the packing of a sleeping bag and a flask.