The Sound of Microphones Being Boiled. 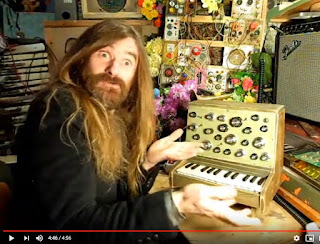 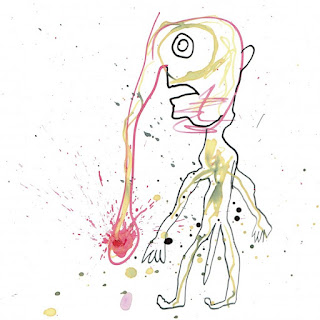 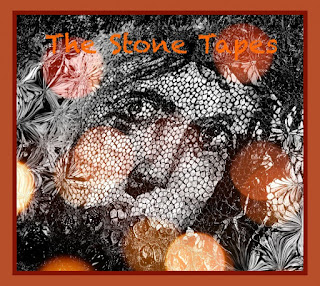 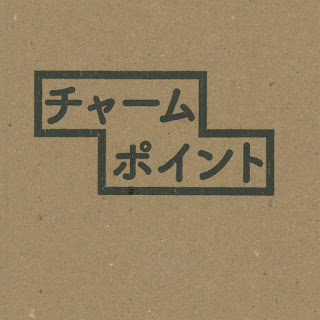 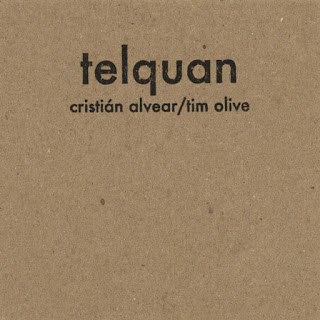 Talk at a recent meeting of the Mirfield branch of the Bald Heads of Noise revolved around the usual subjects: Noise, Drone, Wagner, Lou Reed, Nietzsche, gear, gigs, Burroughs, early Whitehouse, how useless Labour were in the last election, Russian literature, MOR, Goths, what a wanker Morrissey is and a YouTube channel called ‘the Vape’.

You might think ‘the Vape’ is a YouTube channel devoted to alternative tobacco products but it isn’t, its a channel devoted to the manic ravings of a noise maker the likes of which we’ve never seen. Said person is called Petr. He speaks in a tongue unknown to me. He looks like he’d easily fit in to an early 80’s Motorhead line up, wears a leather car coat that John Shuttleworth would be envious of and makes a shed load of noise with instruments of his own making. Most video’s are recorded in a crammed room resembling an annex of the Steptoe wing where, we must assume, after hearing Changez Les Blockeurs for the first time, he decides to devote the rest of his life to making a shit load of noise out of empty beer cans, broken keyboards, sheets of metal and anything else he can attach a contact mic to. A typical video has Petr sat in his cramped room two feet away from a constantly feeding back Fender amp, shouting his explanation as to what it is he’s doing while giving the camera an occasional sideways, wild eyed lunatic grin that gets wider every time an eruption of noise bursts forth. He also makes kinetic noise machines and noise boxes that have skulls carved in to them. He goes for winter walks in the forest and swims naked in icy rivers.  A homage to his grandmother involves him constantly dropping and picking up an array of metal pots and pans while stood on stone stairs in a video that is part Spike Milligan, part Dada art performance. Its all joyously bonkers and utterly life affirming.  When I switch off and go back to whatever it was I was doing pre VAPE the world seems a much quieter place.

It never is silent though is it? The noise is constant, its just the volume that changes. The Bearded Wonder brought this up recently and I join him, as no doubt do a lot of you, in being a part of that small group of people for whom the noises of everyday life are ceaseless source of enjoyment; the gurgle of a washing machine draining, fan hum, the chug of machinery, the suck of a beer pump, the twitter of birds, snatches of conversation … why people walk around with music in the ears drowning it all out is a mystery to me.

Dragging myself away from ‘the VAPE’ I find I’ve amassed a small number of releases that you could loosely file under the electro-acoustic improv label. Doc Wör Mirren have been around since God was a lad and according to Discogs have already released 1,562 albums. Or somewhere near that figure. To offset the fact that I don’t have any of these albums, nor have I ever heard a note they make, I’ve taken to evening bouts of self flagellation in a bid to atone for my sins. Without having ever heard a note I sort of know what they’re all about anyway. Like an arty Morphogenesis maybe? Presumptuous moi? Yes. Guilty as charged. A multi-disciplinary, revolving collective then. Improv, sculpture, art, sound. The core collective here joined on Hominine Parts 1 - 3 by saxophonist Adrian Gormley whose tooting, parping and skronking weaves its way through these three pieces. Frans de Waard and Sascha Stadlmeier work in sound effects, radio noise, processed voices and all in all it makes for a meditative, loose, airy and at times tuneful 45 minutes worth of improv, a place where the crinkling of dried leaves meets sax honk meets the tinkling of pipes. A bit like Jan Garbarek wandering in to an electro-acoustic improv session. I can’t say it set my world on fire but neither was it that bad that I wanted to turn it off.

Finding itself in similar territory we have The Stone Tapes where the ubiquitous Frans de Waard joins dAS, Edward-Ka-Spel, Ninah Pixie and Philip Knight in an improv session from which the edited tracks here are the end result. Philip Knight’s analog synths give us big dollops of heavy Schulze wash, Edward-Ka-Spell introduces sampled found voices, de Waard cassette tape manipulations, Ninah Pixie a broken Crumar organ, dAS feeds his computer with the looped sounds picked up by his contact mics. All eight tracks have something to offer and are again, meditative, soothing even and worthy of many repeat spins. ‘A Thousand Decimal Faces’ becomes a nocturnal swamp walk with the sound of rain, distant thunder, a lonesome foghorn, ‘Groundbyte’ is warmer and more uplifting, ‘Crystal Maths’ [geddit?] is awash with radio swill and gaming soundtrack doom, perhaps my favourite of the eight is ‘Shaking Down Bourbon’ with its heavy and doughty drone with tinkling milk bottles thats a thredony to deflating ballast balloons.

845 Audio has been bringing much improv cheer to these shores for some while now. Label boss Tim Olive’s collaborative releases are fertile breeding areas and for those whose addiction to fridge hum and found sounds knows no bounds, is a major stopping off point. Of these two latest releases I found Charm Point to be the more rewarding. Perhaps because it had more going on within it, which is to be expected when there’s another person in the room. Petr would be more than happy with Elizabeth Millar’s self-made instruments, sound generating boxes and amplified clarinet, Tim Olive is a constant with his magnetic pick ups and the various objects that come to play upon them, the trio completed with the arrival of Craig Pedersen and his amplified trumpet. As recorded in Kobe in 2018 where each participant compliments the other, where no sound becomes too dominant, where the flow is as even and as easy as a punt down the Cam. A major achievement when you consider theres no overdubs and minimal editing. There’s the whir of clockwork things on strings, buffeting, underlying drones, wheezing, Dalek jabber, surgical pumps, the last track sets off on a grinding drone that teeters on the edge of feedback as a thunderous noise roar appears.

The collaboration between Olive and the guitarist Cristián Alvear is a more stripped down affair thats akin to a Bailey-esque harmonics-fest in which Tim Olive gainly tries to gain a foothold on proceedings with the hum and buzz of his magnetic pick-ups. Which he eventually does but this is too heavily weighted in one direction for it to work for me.

My VAPE viewing continued in and amongst this and after viewing a totally silent forty minute post called ‘twenty-five compositions for the SILENTIZER’ and one in which he boils a microphone, I discovered that his full name is Petr Válek. This led me to a twenty-four minute live video, as recorded in June last year of a much more composed and serious Válek performing an electro-acoustic set of sheer brilliance. Start here and work backwards.