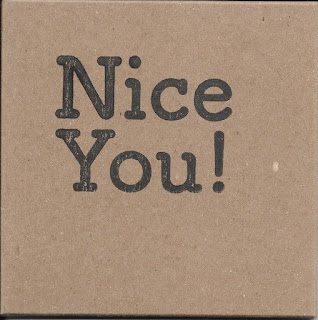 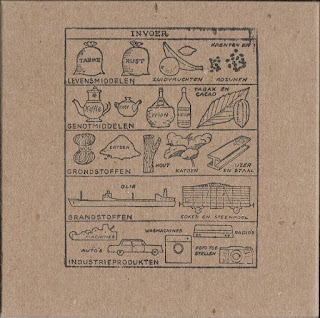 At least the US Presidential election is talking our minds off covid. For a while anyway. And Brexit. Who’d have though that that little story would be trailing halfway down the evening news feeds? I don’t know about you but I wake up every morning hoping that the petulant orange man child has been photographed having all his stuff thrown in to the back of a bin wagon as he leaves the Whitehouse for the last time along with a big boot print on his backside. Vehicle reversing beep, beep, beep, there go your ties, your kids and all those black ink pens you use to sign executive orders with, because you wont be needing them anymore. Oh and here come the authorities, have you paid your lawyers, better keep them sweet because people are wanting to know why you haven’t paid bugger all tax since whenever and your wife’s divorcing you too [good luck getting half of nothing].

The sad thing about the last few days is that it was all entirely predictable. Anything other than a landslide Trump win was always going to end in tears, or tear gas as it probably will. All it takes is one tweet from Mr Mentally Unstable Overweight Orange Person and you’ve got yourself a full blown civil war on your hands. I'll be watching via Twitter if anybody needs me.

Meanwhile here in lockdown England the quiet descends once more. I wouldn’t say I enjoy the lockdown situation per se but I do appreciate the peace and quiet. The still autumnal nights interrupted only by the distant sound of the neighbours barking dogs and seeing as how its early November, fireworks and the realization that there are people out there who actually think not blowing up Parliament was a good thing and worth celebrating by standing around a bonfire eating pie and peas as explosives scare the shit out of the animal population and those with delicate mental health.

The perfect time of year for getting your head in to some really quite gorgeous and subtle electro-acoustic work outs then.

845 Audio we are all familiar with here but first the [appropriately named at this time of year] Firework Edition Records. This being the label run by Kent Tankred and Leiff Elgren out of Sweden, a multi-disciplinary label that ‘moves freely between sound art, music, conceptual art and the visual arts’. Pär Thörn and Ian Douglas-Moore are also new to me but hopefully I will come across more of their work. The first two tracks are pretty good boiler plate electro-acoustic live work outs as captured six years ago in Berlin [noisy, scrabbling, plucked clockwork machines, strummed strings, tiny bells, droney, you get the drift] but where things start to get really interesting is on the newer collaborations where we stray into the corner of the room marked Industrial Ambience. I know I’m in danger of never being invited to Sweden on the back of this but when you start to mix reversed micro rhythms and short bursts of Ryoji Ikeda high hertz tones into a noisy crescendo, you have the all the ingredients at hand ... whats a man to do? ‘Describe How The Computer Has Been Used As A Tool For Warfare’ is the track title of the week and more of that Ikeda computer chatter stuck on a loop and a rare instance of a sound appearing within your hearing range that you initially assume to be outside of the sounds that you’re listening to. If you get my drift. In this instance the sound of someone repeatedly clicking a retractable pen, which I assumed to be Mrs Fisher but wasn’t. Add in some buried looped vocals and we’re heading to Müh Müh land. ‘The Urge To Sound Like A Car/Bird During A Rainy Afternoon’ has slowed down voices, the sounds of children and a slow descent in to silence. Were those fireworks I heard too? Please, no more.

This gentle ambience is carried over in to both 845 Audio releases which are two of the most laid back of Tim Olive’s releases its been my pleasure to receive. Within Invoer’s four tracks you will find subtle machine drones and faint pulses, tensed strings that vibrate on but the softest of breezes, gentle perambulations where the vague whiff of shortwave catches your nose unseen like pipe smoke. These being long distant collaborations that should have taken place here in the UK but were cancelled because of you know what. London based Maguire working with synthesizer and computers which no doubt contributed to the throbbing nature of most of this and Olive as ever prizing his sounds from magnetic pick ups. Its a well matched release and one of 845 Audio’s best.

Olive’s two collaborations with Chris Dadge were recorded while Olive was touring Canada last year, studio recordings where Dadge is credited with amplified percussion and ‘small instruments’. The latter of which intrigues me no end and is open to all sorts of interpretation; mini violins, toy pianos, those little plastic guitars that Steve Beresford is so fond of, things from doll’s houses?

Nice You! Has two tracks the first of which becomes one of those glorious ‘pull you under’ drones that could have at its heart a frotted drum skin or is perhaps a recording of a steel door swinging on its rusty hinges, the second is full of resonating gongs, steel pipe clank, whining scrape and a wheezing tuneless harmonica [a tiny one maybe?] that floats in and out of proceedings. Drone being the key here with the pair gelling easily in all that they do.

Can you do Zoom improv? Has this been tried? I have no idea of the travel restrictions to or from Japan [where Tim Olive and 845 Audio is based] but I get the feeling that it puts the dampers on any face to face musical collaborations. Its interesting to note that Invoer was a collaboration formed by swapping files and Nice You! was recorded live in the studio, the result of this information on the listener [me at least] being nothing but incidental. Nice to know that the covid isn’t putting the dampers on such creative processes.