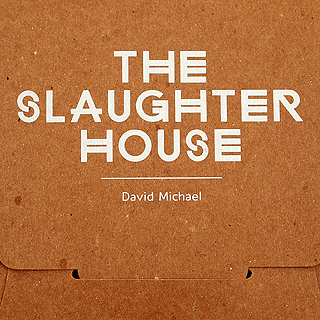 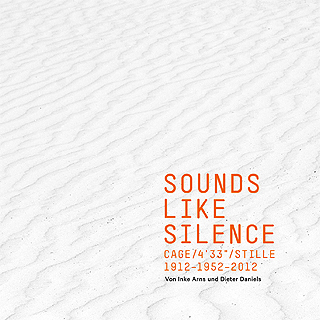 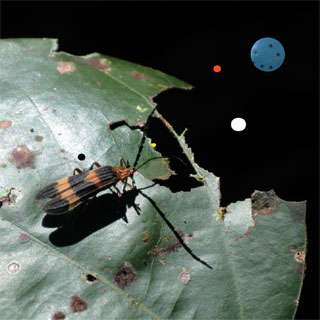 Those of you expecting to be traumatized by David Michael’s ‘The Slaughter House’ will be relieved to hear that this was and never will be PETA fodder or a campaigning hammer for animal activists. Mainly because for the most part, this is two people going about their job as hired slaughtermen, in a very matter of fact way, with very little in the way of histrionics or uneasiness.

The slaughter house in question is a father and son business run out of Birmingham Alabama in which animals are slaughtered one at a time to order, via a single gunshot between the eyes. Hysterical screaming and the sadistic sounds of knackers being kicked there is none. There is though the sounds of hydraulic lifts, water splashing on tiles, hand saws, electric saws, pig squeals and most importantly the dialogue that runs between father and son and recordist David Michaels who obviously knows his place and answers questions from the pair with direct and swift ‘yes sirs’ and ‘no sirs’ and if I was sharing a room with two men with guns and lots of blood and meat floating about I’d do the same.

These men obviously know their job and take great pride in their work, the father ushers in a beast with a series of ‘c’mon girl, c’mon girl’ and after a few minutes of ushering there’s the sound of a single shot. Several beasts are slaughtered during the course of this release none of them being dispatched with anything near the calamity that many people assume comes as standard in such places. But as interesting as all this is the actual sounds generated [the reason we’re all here I assume?] are hardly riveting. Whilst ‘Head Comes Off, Innards Come Out’ may lead you to believe that for the next twelve minutes you’re going to be subjected to some kind of disturbing sonic extremity the reality is anything but; two men sawing through bones and chatting as a fan buzzes merrily away. And whilst sawing and swilling and chatting are OK the real joy comes from the banter found between father, son and Michael’s whose demeanor throughout is deferential and whose voice fails to hide a slightly nervous disposition. After a pig has been dispatched in ‘Hogs Arrived’ the son solemnly asks Michael’s ‘are you alright?’ It can’t have been easy for any of them.


‘Sounds Like Silence’ is a straight lift from a radio program broadcast via Deutschlandradio Kultur on the 24th of August this year. In case you were unaware 2012 sees the hundredth anniversary of John Cage’s birth and there’s been various performances, exhibitions and radio programs to help celebrate this fact [I spent last Saturday night catching up with the various Radio 3 broadcasts devoted to Cage and enjoyed pretty much all of it but discovered only after the fact that Nyoukis and Constance were part of the Proms tribute to the man - bugger].

It goes without saying that Cage’s 4’33’’ is one of the 20th centuries most important compositions and remains one of the few works with the ability to divide an audience like no other. Its a great litmus test too, ask someone what they think of Cage’s 4’33’’ and if you get a dumb answer you can be pretty certain that the person you’re addressing has no imagination at all and should be excluded from the next round. Barnsley poet Ian Macmillan recently included 4’33’’ as one of his Desert Island Discs and had to virtually beg the host to play just a bit of it, the BBC fearing, as it does, that even a smidgen of silence will lead bemused listeners to tune away to other channels. But as stated here, the two seconds of silence that follows the last bong of Big Ben that signals the start of the BBC 6 O’Clock news is perhaps one of the most potent silences on the radio, the silence being heavy with portent.

The CD is divided into six rooms, in each of which 4’33’’ is approached in a different manner. ‘Room One’ contains various versions of 4’33’ as recorded by Cage and the introduction to the studio recording of Cage Against The Machine’s anti-single. ‘Room Three’ contains silences as broadcast on the radio including an extract from Marinetti’s ‘I Silenzi Parlano Fra Di Loro’ and the silences heard during various remembrance ceremonies. And so it goes, David Allen, Gruenrekorder’s own Lasse-Marc Riek, People Like Us, Nam June Paik and Cage himself of course. The last track on ‘Room Six’ comes courtesy of Einstürzende Neubauten and an excerpt of their track ‘Silence is Sexy’ which is all very arty and Teutonic and fitting which is probably why there’s no sign of Simon and Garfunkel’s mawkish ‘Sounds of Silence’ or The Tremeloes ‘Silence is Golden’. No sign here either of the two minutes silence as observed at Princess Diana’s funeral which was later released as a seven inch single and my other two favorite ‘silent’ tracks, Whitehouse’s ‘Birthdeath Experience’ and The New Blockaders ‘Symphony in O Minor’. All the tracks included are excerpts of course.


Cage also appears in Ultrealith. This being the name Slavek Kwi gives to his collection of ’electroacoustic sound paintings’ as recorded under his Artificial Memory Trace moniker. Cage appears on track five, a two minute piece entitled ‘Monochrome [1]’ in which multi tracked loops of Cage’s voice produce a dizzying babble of voices with just the odd snippet of clarity revealing a certain phrase or a single word.

Cage would no doubt have approved highly in the way Kwi mixes the sounds of insects as found in several different countries to make one unique sound. Or the way, in the space of one track, he takes a recording of an inmate of a lunatic asylum strumming an acoustic guitar and singing, a game of table tennis, the Perth Metro, a coffee shop in Singapore and some leaf toads in the Amazon. It may look like a bit of an had hoc chucked together misshapen mess on paper but the results are stunning, its like Reynols got it together with Francisco Lopez.

There’s plenty to admire here. I am in awe. In the hypnotic 13 minute opener ‘Meadow [for Paul Coenjaarts]’ you’ll hear a pleasantly burbling stream, a straight to the center of the brain bowl ring, bird chatter, random ticking, a female voice that says ‘what do you think?’ and a low hertz industrial throb that appears and then slowly disappears. ‘Insectin’ contains the sounds of insects recorded in the Amazon, nocturnal birds from Zanzibar beneath which lies some fine electroacoustic crackle. These are sounds that caress the ear, some recorded underwater, some existing on the very edge of human hearing.

My only regret [and I think I’ve voiced this before with Gruenrekorder releases] is that I don’t have the reproduction equipment to match the quality of these recordings. These are some of the most vibrant, exotic and delightful sounds I’ve come across in many a year. I sincerely hope that one day I come across one of Kwi’s installations. I shall walk and listen in open wonder at his fine achievements.