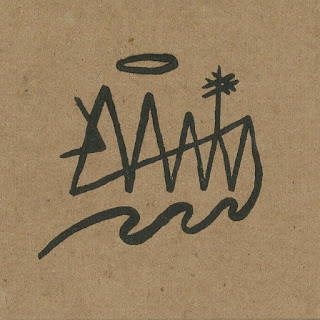 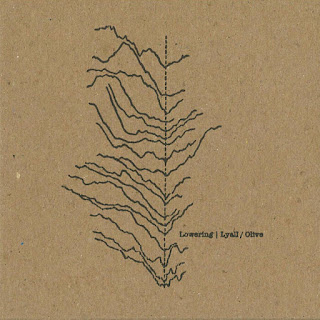 About a month ago I received an email from someone asking me if the reviews I write are tempered by the fact that I know the person. The posit being that most of the music I write about is made by people I know and would I give someone I know a bad review thus jeopardizing the relationship. The short answer to which is ‘yes I would’, with the caveat that most of the people I know aren’t sensitive wallflowers who take to their bedrooms should someone say boo to them. A review is just that. Its a review of the music. I don’t write character assassinations or use reviews as a vehicle for slander, unless I can work in Trump or the Tories of course.

What about if that person lived in Japan and you just happened to be passing through the city they lived in and you dropped them an email saying ‘Hello I’m in town and it would be really nice to meet up and thank you for all that great music you’ve sent me over the years’ and they said yes and they took time out of their schedule to meet up with you and show you some parts of the city that you’d have never found under your own steam like the greatest Jazz cafe that you’ve ever been to in your life and at the end of it all they bunged you two discs of their own music. What would you do then if it was rubbish?

Me and Mrs Fisher were passing through Kobe and I thought I’d drop Mr Olive an email to see if I could coax him out of his electro-acoustic lair. I’m happy to report I did and after meeting us at our hotel and being ever so genial and pleasant he took us to that never to be forgotten Jam Jam, a basement Jazz cafe that has a listening side and a conversation side and was blasting something like Dexter Gordon at a volume that just about made conversation possible [all this on a Wednesday afternoon]. He also pointed us in the direction of Motoko Town, a narrow alleyway of shops under the JR line that had not one, not two, but three record shops all within spitting distance of each other, every one of them a sprawling, chaotic jumble of vinyl and CD that had long ago outgrown the confines of the shop and were now happily spilling into the narrow passageway. Each one of them a full days worth of digging and exploration and there’s us with only four nights and only one of them left.

At the end of the day a yellow plastic bag was handed over. The bag originated from a musical instrument shop called Miki Gakki whose strapline in fabulous strangled Japanese/English read ‘Super sensibility for sound. We are sound riders. Really?!’ and out came the two CD’s you see before you. Are they rubbish? Will I have to give a sledging review to someone who showed me around his home town and bought us tea? No chance.

I don’t know why Tim Olive originally picked me out to send his music to, there must be plenty of other people deserving of his creations. But arrive they did. In recycled card sleeves and vegetable ink stamps, permanent designs and ones that are always going to win me over. He doesn’t release that much, maybe ten releases since 2012 which leads me to believe that quality is winning out of quantity. In the early days of reviewing his work I plead guilty to too many over comparisons to Bernard Parmegianni but that’s just me being lazy. I feel I know his work better now and can leave those lazy comparisons behind.

As with all 845 Audio releases these are collaborations. Last time around we discovered Jin Sangtae, a South Korean who eeks sounds from computer hard drives and a live recording with Olive joining Frans de Waard and Takuji Naka in a basement in Europe somewhere. This time it’s Cal Lyall a fellow Canadian expat now living in Tokyo and Chinese resident Yan Jun who between them contribute to two compelling releases.


‘Lowering’ moves from a juddering noise opening into a submarine drone courtesy of Lyall’s hydrophones with Olive employing magnetic pickups, electronics and a Bohman-esque scrape, this making for a submarine sound like they were working away on sensitive instruments at 20,000 leagues under the sea. The work eventually plateaus into a cycling drone with Olive’s electronics dancing like microtonal insects upon its body.

‘Brother of Divinity’ sees Yan Jun’s radio swirl enter the fray. Here, both Jun and Olive employ electronics making for a highly detailed work with much chatter, burble, clank and tink of spring and buzz of bare circuit and metal. At times a background of restrained fuzz tricks you into thinking there’s a noise beast waiting to unleash itself and at times I thought I was halfway down the garden path to a TNB shed but the mood remains a constantly restrained and a deeply satisfying one with much of what’s going on reaching you at sound levels that teeter on the edge of audibility. The reward for the astute listener is a work rich in detail. Like an audio Joe Coleman painting but not half as bonkers.

No rubbish here then. Far from it. Not only do I have two rather excellent electro-acoustic releases I have two reminders of a memorable day in Kobe. Cheers Tim.