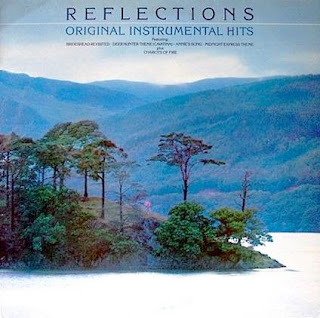 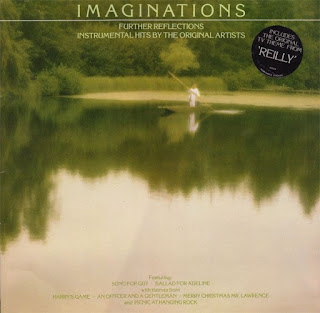 The chazzas have been kind to me of late. At a time when most of the review pile lies in a moribund heap sighing at me like a bored teenager I take great comfort from the plunder to be had in Cleck’s chazzas. And Brighouse, whose Oxfam furnished me with two half decent Be Bop Deluxe albums ['Modern Music' and their last 'Drastic Plastic'] and Bill Nelson’s second solo album ‘Quit Dreaming …’ but it was the hometown chazzas that once again saw me returning home with a bulging organic cotton tote bag.

Someone must have been down to Kirky Hospice with their dads old LP’s and who am I to resist? For there on a crammed shelf [which I had to get down on my haunches to inspect of course] lay ‘The Fifth Chasidic Song Festival 1973' and beside it something called 'Geulah Songs' by the Jerusalem Orchestra and all in Hebrew with a sepia picture of some smiling cherubs by the Wailing Wall. There was ‘Turning the Tides’ by Moon a jazz rock outfit from the 70's who are simply awful and ‘Air Pocket’ by Roger Powell a 1980 schmock rock LP [featuring Todd Rundgren on e-bow vomit] which I struggled to play all the way through but those covers and the fact that I’d never heard of these people and for the sake of 50p I could have in my hands some kind of lost classic but no it was all rubbish but hey ho they takes your money. But I’ve not finished, there was the Stanley Clarke ‘Journey to Love’ LP from 1975 which was all grubby and gritty but after being carefully washed with hand soap under warm running water it came up a treat - I can thoroughly recommend this method of cleaning records and the pleasure to be had in feeling those minuscule bits of grit wash away under your fingertips and the triumphal return to the turntable of a once more gleaming record where, as if by magic, most of the crackle has disappeared.

Its these two LP’s of instrumental hits that have had the most plays over recent weeks. Released in the early 80’s by CBS they capitalised on the continuing public appetite for all things film and TV themed, here a moment in time buoyed by the success of the likes of breathy New Age folksters Clannad and Greek keyboard prodder Vangelis whose ability to churn out twee tunes made him a household name and far more money than playing prog with Aphrodite’s Child. He has three contributions over the two here here but for what I'm presuming are contractual reasons his Chariots of Fire theme is played by a totally unknown to mankind outfit going by the name of Hawk & Co.

There are two reasons why I like these kind of 'instrumental' comps, one is that they contain music that I find oddly emotional and the other is the bizarre juxtaposition of artists and composers, its only on compilations such as these that you will find Phillip Glass [with ‘Facades’ au natural] sharing the same billing as Acker Bilk, Riuchi Sakamoto with Richard Clayderman, The Shadows with an Orchestra conducted by Geoffrey Burgon.

Imaginations contains my favourite Elton John track, ‘Song For Guy’. Favourite because I liked it as a kid when I heard it on the radio and favourite because he hardly sings on it [and like Clannad he does sing, a dint in the ‘instrumental’ lie]. Reflections also has the only Abba track I’ll admit to liking which is ‘Arrival’, a pop droner if ever there was one. Sakamoto’s Theme From Merry Christmas Mr Lawrence is still one of the saddest things I’ll probably ever hear and is simplicity itself but not all of its good of course. Comps are never perfect but the good stuff far outweighs the dross. Dross being panpipe music, which once upon a time used to be the default chazza background music until they all went upmarket and started having their own radio stations with Diddy David Hamilton dishing out tips on how to stay warm in between spinning Cliff tunes. So we have to have Flight of the Condor because you can't have a [supposed] instrumental album without Flight of the Bloody Condor on it or Cavatina, or sodding Albatross. I’ll even let them have American jazz twiddler Lee Ritenour playing ‘Love Theme from an Officer and a Gentlemen’ because I’d rather have his instrumental version than the original which is of course far superior.

You have to have some ying to your yang and this is my way of offsetting the hours spent at the foot of the review pile. After an hours worth of light classical and a smattering of Andreas Vollenweider’s harp I feel like I could tackle a Merzbow box set. Maybe that's going too far but you know what I mean. 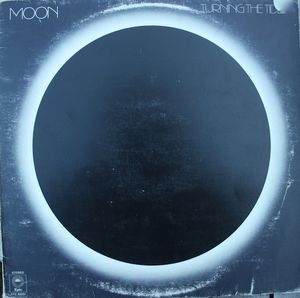 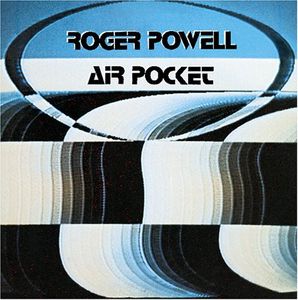 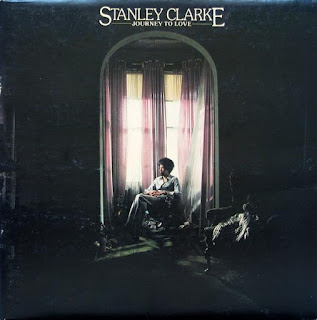 Posted by Idwal Fisher at 5:32 pm No comments: Links to this post 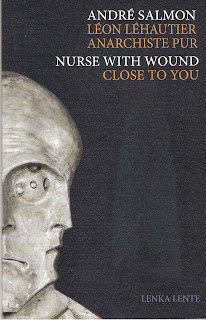 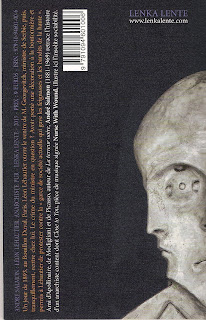 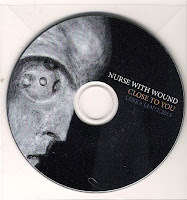 Many years ago my Nurse With Wound education was given a healthy boost by the purchase of two Nurse With Wound MP3 discs as bought from a record shop on Nevsky Prospekt in St Petersburg. The Russian disdain for copyright meant that Mr Stapelton got bugger all for his work whilst I got 22 albums spanning 1979 to 2000, and while the discography is incomplete it would be churlish of me to complain about the missing albums and the inevitable loss of sound quality.

I was already familiar with bits of the Nurse With Wound ouvre [as should anyone with any serious interest in the further reaches of sonic exploration] and consider A Sucked Orange and Rock ‘N Roll Station to be amongst my favourite albums but those two discs took me on a longer journey that at its end led me to believe that not everything Nurse With Wound released was covered in gold dust. Those early albums may have inspired a generation of noise makers but listening back now to Blank Capsules of Embroidered Cellophane I’m wondering if I can stick its full 28 minutes worth of studio fuck-about-ery and whether it was that good in the first place. Probably not. Merzbild Schwet is equally hard work and have you heard the collaboration with Hafler Trio on Staalplaat? Hard work doesn’t even cover it. But anyway.

My favourite Nurse With Wound sounds are the ones that somewhere along the line involve Colin Potter, David Tibet and Andrew Liles. ‘Close To You’ features Tibet and Liles in a fifteen minute mini epic that begins with solemnly played low end piano keys and ends with a Blackpool Tower organ version of the eponymous Burt Bacharach classic [there’s also a snatch about midway of the intro to Andy Williams' take on Can’t Take My Eyes Off Of You - I guess they must have been listening to lots of Burt]. All this had me diving into the Nurse With Wound back catalogue so I played Man With the Woman Face and Chance Meeting and A Sucked Orange and Spiral Insana but not Sylvie and Babs because I don’t like the cut up stuff. But yes, Close To You, classic Nurse material with trademark Nurse sounds such as whispered foreign languages, salamanders sucking up worms and crisp packets being crinkled at loud volumes. A mysterious fifteen minutes worth with each sound being replaced in turn making for a seamless and endlessly curious journey. It goes without saying that the production and engineering standards are of the usual ear boggling quality.

There’s the book too, another one of those little Lenka Lente books and a story [In French] of an obscure anarchist who in 1893 killed the Serbian minister for France for wearing a decoration in his jacket. But I dare say that most of you reading this couldn’t give a toss about that little fact. Which is a shame because I’m sure there’s some kind of connection to be made here which due to my lousy French I’m missing [I have Frans de Waard’s review to thank for the Serbian minister info]. I can’t chide Lenka Lente for not publishing English language editions of their work but like Frans I feel that us monoglots are only getting half the picture. Our loss is the French speaking worlds gain I suppose.


[As an aside, I think I may actually be warming to 'Blank Capsules ...'. Its taken me a long time but perhaps I'm finally ready for it now.]


www.lenkalente.com
Posted by Idwal Fisher at 7:09 pm No comments: Links to this post