Did They Pay With Buttons 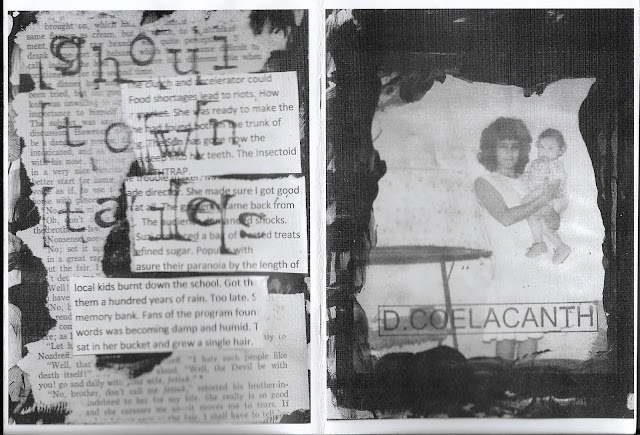 
After a series of Dictaphopne Gabba dispatches as recorded from the greasy cushion seat of a faded flammable sofa in Stoke on Trent, Dai Coelacanth has turned his talents to authorship and delivered to us a tale involving Suzi, Tony, Daphne, Geoff and maybe a sci-fi movie called ‘Pagan Satellites’. Expect lots of slugs, skulls, tins of scabs, Spanish milk and the mysterious ‘gheng’. Don’t expect structured sentencing, punctuation, capitalization, character development and anything at all resembling a plot. I left satisfied on all counts.

I’ve been reading a lot more of late. I feel I’m qualified to pass judgement on such work after picking up and putting down the novels of Samuel Beckett and a collection of William H Gass’s writing over the last year. I’m also finding the solitude required for reading what some might regard as difficult writing the perfect escape mechanism from Planet Shit Storm. There’s something to be said for sitting in a room for hours on end with only a book for company. Blaise Pascal’s dictum that “All of humanity's problems stem from man's inability to sit quietly in a room alone” is one I’ve often aligned myself to and one I wish certain people with enormous ego’s who just happen to have the most important jobs in the world would too.

Its gotten to the stage where I now find myself searching not for record shops but bookshops. I find record shops rather tedious places [unless they happen to be in Japan where they become joyous emporiums of heavenly delight but thats another story]. They’re not even record shops anymore. They’re half coffee shops full of tedious blokes with beards and sleeve tattoos telling anybody within earshot just how important David Bowie’s last album was and how they got the see-through flexi disc version of which only 500 were made. Record shops tend to be badly laid out, have meagre stock that never shifts and racks crammed with records that you have to bust a sciatic nerve to sift through. Bookshops, and here I’m aiming mainly at independent bookshops are worlds of discovery run by enthusiastic bibliophiles. A good independent bookshop is a beautiful thing and worthy of your patronage.

But back to D. Coelacanth and his Ghoul Town Tales which I never expected to have anything as mundane as a beginning, a middle and an end. What you get are a series of paragraphs that read like a cut up novel where people do curious things of an uncertain nature all written in a very readable language thats littered with some killer one liners. Its like Coelacanth wrote this on a PC then copy and pasted certain lines dropping them in at random so that they appear like mantras throughout the book; ‘the shemp had a market stall and all they sold was out of date glue’ is but one such example. So you read but you never really get a grip on whats happening or where its going because the sentences have all been cut and double spaced but you can read it and carry on reading it because the writing is kind of delirious and fascinating all at once:

‘look at the sky, what’s wrong with it  are you a growth  we just need to make it to tomorrow the computerized voice came from a small plastic skull on the shelf I’ve never been interested in it I pushed my hands in deep into my shoes  some of them were on fire  I’m feeling romantic’

Like the worlds biggest spelling mistake that is Finnegan’s Wake you can dip in and pull out sparkling words of imagination:

‘lung of the nightmare fruit’

‘her forehead a collection of exaggerations’

‘the mayor was a giant slug eight feet tall’

We can compare to Burroughs and Gysin of course and thats not bad company to be in but did either of them do the Dictaphone Gabba shake?

You can sit and read this in a room on your own, or on a bus, or in the doctors waiting room as you wonder what will become of your lumps. It’ll take you about an hour. As you reach the enlarged, defiant and only full stop of the book your head will be full of strange imagery and the urge to bark stream of consciousness words in to a Dictaphone will be upon you. Ghost Town Tales is coolest thing since Bob Dylan’s Tarantula. I await the Faber and Faber volume with bated breath. 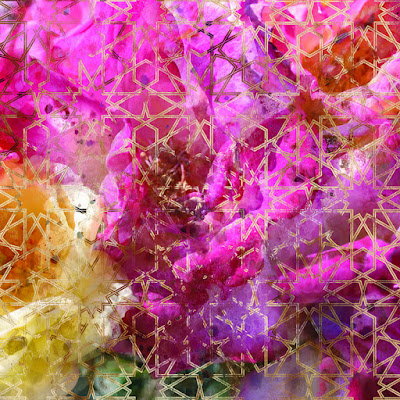 A Crow Versus Crow tape appears and it coincides once again with the finishing of another Benjamin Myers book. This time its ‘Under The Rock’ and Myers move from London squats to Calder Valley and Mytholmroyd and eventually a house at the foot of Scout Rock. A looming presence that casts a near permanent shadow over those who choose to live under it.

Me and Mrs Fisher were up there the other day perusing the selections in Hebden Bridge’s independent book shop and afterwards for a mediocre meal and then to look for organic black pudding nduja with quinoa crumbs and hemp strands as hand made by the descendants of canal diggers. On the way there we sat in traffic for what seemed an age so as to accommodate the ongoing flood protection work ongoing in Mytholmroyd. Myers mentions the Calder Valley floods of Christmas 2015 in Under The Rock and the instance where he finds himself waist deep in flood waters, in the middle of winter trying to help out those stuck in their homes and meeting a wheelchair bound man in his living room up to his neck in water who sees Myers and says ‘I’ll be reet’.

Its a great book though I’m not sure of the poetry but then I’ve never been a big fan of poetry so don’t let that put you off. What I didn’t expect to find in it were mentions of Edward Wadsworth [born in Cleckheaton], Throbbing Gristle, Jimmy Savile or Harold Shipman but there they were in and amongst the ever present Ted Hughes. Shipman because he had a GP’s surgery up the road in Todmorden, Savile because he seemed to spend a lot of time in the area and Throbbing Gristle because Genesis P-Orridge and Monte Cazazza liked to drop in on Paul Buck to peruse his much coveted colour plated pathology manual. Buck, another Mytholmroyd resident is remembered for his 70’s literary magazine ‘Curtains’ and for giving a voice to emerging French avant-garde writers as well as Kathy Acker, Paul Auster and of course GPO. Some issues of Curtain came with cassettes that contained poetry and performance pieces and thus via a commodius vicus of recirculation back to back to Crow Versus Crow up in Sowerby Bridge and Andy Wilde's most welcome tapes.

If you follow the river Calder for long enough it’ll take you past Campbell’s hometown of Mirfield so there’s some kind of synchronicity at work here. Where Embla Quickbeam and Natalia Beylis live I’ve no idea but I’m hoping it somewhere near the river too like Tod or Brighouse, Dewsbury even.

There’s two lengthy tracks here both featuring Beyliss in collaboration with the other two. First in with Quickbeam at a gig given at the now defunct [I think?] second hand clothing, book and record shop Magic City in Todmorden and lastly with Campbell at a gig recorded at Chunk in Leeds which is nowhere near the Calder.

The Quickbeam/Beyliss collab is the more floaty of the two. A gentle canal barge ride down the Calder and Hebble Navigation as someone breaks up a rusty coal bucket to the sound of birdsong and mumbled chatter. I’m thinking its Beylis who provides the samples here; self hypnosis guides, snatches of conversation that are treated and looped and cast into bucolic field recordings and electro-acoustic scratch and pluck so that at times it feels like you’re driving a barn owl to Bacup while trying to clear your mind of all thoughts thanks to a cassette you found in Hebden Oxfam. Meanwhile in Leeds the tempo shifts up a gear thanks to Campbell introducing various beats so that at times it feels like we’re almost in Ricky Lee Jones/Orb territory. But fear not for it soon passes. There’s samples of Native American rituals and livestock auctions as drones, pulses and swirls and noises fill the room. With both tracks approaching the half hour mark there’s plenty of time to get your head in to it so to speak. Plenty of room to stretch out your legs and enjoy the scenery. As the Leeds side develops into a collapsing tumble of rocks, drone and wind-chime clatter I wondered which Myers book I’d read next and if I’d ever find black pudding nduja in the Calder Valley.

Bandcamp
Posted by Idwal Fisher at 3:24 pm No comments: Links to this post