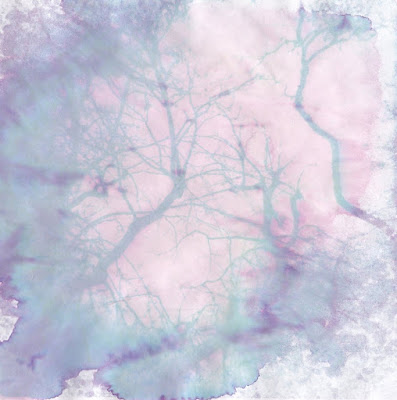 Let us cast our minds back a few years to a Friday night in the Old Hall, Heckmondwike. Built in 1472 this magnificent, exposed timbered Sam Smiths pub is the kind of place capable of weakening the knees of any passing American tourist. Admittedly thin on the ground around these parts but still, its a building thats a pleasure to drink in and one that has you marveling as to how its survived for over 500 years when all around it has changed beyond measure. It was here that on that momentous evening Neil Campbell, for tis he, passed from his hand to mine a Taming Power release. A release he passed with a missionaries zeal, extolling the virtues of a man in Norway who made this incredible music that nobody had ever heard because it never got any further than sodding Norway which is where this enigmatic person called Askild Haugland, who was Taming Power, lived. Except for the odd release that found its way to New Zealand of all places and then Mirfield, West Yorkshire.

This Taming Power release I took home and played and wondered as to what the fuss was all about. Squally walls of feedback? What was this? Surely not some feeble Power Electronics release? But when Campbell tells you somethings good you better pay attention. So I went back and slowly, slowly the beauty began to reveal itself. It was a revelatory experience. They don’t come often.

That release contained Taming Power work from as far back as 2001 and was the result of two reel to reel tape decks feeding back on each other. What lay beneath that seemingly ordinary slim case CDR and piercing feedback was a wondrous back catalogue of almost exclusively vinyl releases, a mother-lode of barely heard outsider music of such stunning originality and beauty and it was doing little more than gathering dust under Haugland’s bed.

When those Taming Power releases started filtering through it was with awe that I sat and listened to them. Haugland was creating sounds of a ragged, haunting purity using nothing more than an electric guitar and a pair of reel to reel tape machines and then to a lesser extent radios, glockenspiels, singing bowls all of them coming together to form landscapes of emptiness and loneliness that I had never experienced before. Ever. And here it was, all on vinyl with sleeves covered in Haugland’s own enigmatic photos and drawings and labels designed and drawn by his own hand and every single track recorded given nothing more than the time and date it was recorded on. Mind blown.

Fast forward to a few weeks back and to a gig where I went to see Stuart Chalmers and Claus Olson collaborate. Chalmers isn’t as reclusive as Haugland. He doesn’t live in Norway, he lives in West Yorkshire. I’ve been a fan of his work since I first heard him so was eager to hear of how this release had come about. That it did come about was one of the most exciting bits of release news I’d heard all year. Two of my favourite artists in collaboration. As far as I’m aware Haugland has never collaborated before. He’s not exactly putting himself about either and by all accounts had to be tracked down and threatened with lump hammers … gently prodded in to seeing the benefits of working together.

Blue Thirty-Two [I’m assuming all Blue Tapes releases get a number for a title] begins with Haugland gently fingering a few notes on his guitar and looping it in to Apocalypse Now soundtrack territory before Chalmers comes in with his swarmandal and it all goes gorgeously light headed and dreamy and woozy in a slow, limpid whirl of effortless serenity. Its a thing of outstanding beauty and charm and had me in need of some kind of moral support as I struggled to confine my joy to the four walls that I sat between. It would have been easy for them to keep this is up for the entire release and there are those amongst us who would quite happily sit through an hours worth of such sublimity but instead they insert a track between the three that has a much more abrasive edge. ‘SCTP - 028’ uses tape recorders and ‘FX’ with Haugland’s feeding back tape recorders and Chalmers tape splurge and electronic-y warbles merging to push you deep down into pulsing, info chatter territory before eventually washing you ashore on a pebbly beach filled with radio white noise. The last track brings the release back full circle emotionally but this time with Chalmers playing a bowed swarmandal thats rasping off notes and gentle squeaks against Haugland’s increasingly frenetic guitar playing.

You don’t need me to tell you that the collaboration works. Such riches and with the track titles being; ‘SCTP - 030’, ‘SCTP - 028’ and ‘SCTP - 026’ we have to assume that there is more where this came from. I’m betting its all of an equally high standard too.

There can't be many [if any] of the fifty cassettes remaining but the digital will still take you there. Its a special place. A bit like the Old Hall.


Posted by Idwal Fisher at 12:06 pm No comments: Links to this post