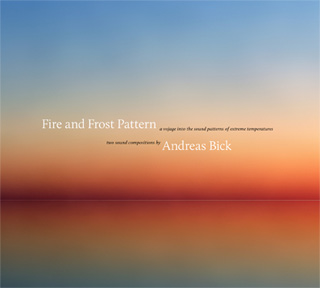 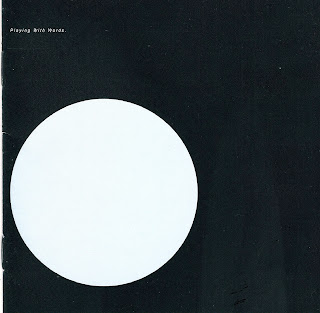 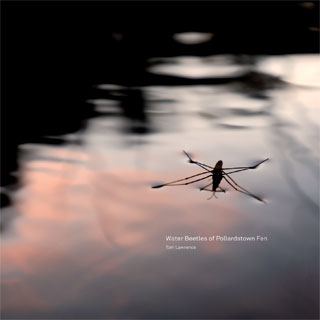 The worst thing about the relapse [or the ‘Istanbul Goat Virus Round Two’ as its known round these parts] is that it robbed me of my powers of concentration. During the first phase of its manifestation two weeks ago all I needed was the strength to pull a CD from its sleeve and insert it into the stereo. During the more virulent second phase all I could manage was staring out of the window whilst listening to the cricket updates on Five Live Sports Extra.  As I slipped between coma and semi coma news of wickets falling in Somerset and Warickshire entered my head only to leave again moments later.  As a means of whiling away the days it was as good as it was going to get. For some strange reason the sound of any kind of music drove me to absolute torment. I decided it was best left alone.  These last few days then have given me some idea of what my retirement days might be like and if I ever make there in such lousy shape I may as well take up alcohol as a distraction.

Thankfully I’d become familiar with this batch of Gruenrekorder releases the first time around so it was a just a matter of working my way back in.

Gruenrekorder is a two man label stroke organisation dedicated to the promotion of experimental music and phonography. Phonography meaning ‘an acoustic experience loaden with musical sounds’.  Now I’ve always been a bit of a passenger when its come to Field Recordings [a term that Gruenrekorder also use], I do have some of Chris Watson’s work, some Touch releases that cover the same ground and the odd bit by various Schimpfluch members where they’ve stuck microphones hither and thither and recorded whatever’s emerged, but this is my first serious chance to get to grips with a label dedicated to such material and to give it a serious appraisal.

At least with Field Recordings you know what you’re getting. It says it on the tin. Swiss Mountain Transport Systems is, as you’d expect, the sound of ski gondolas, funiculars and chair lifts all doing what they do up the sides of Swiss mountains. The genius of it all is finding the musicality within these things. So the door locks, the winding motors, the support towers, the funicular tracks and the non mechanical outside sounds such as cow bells and people al become part of a greater experience. It seems obvious but I want to point it out. The first and longest track here is probably Karel’s best; ‘Oberterzern-Unterterzern’ is a 12 minute piece [each track is, I’m assuming, a complete journey] which begins with the closing of the automatic door locks before emerging into open space and a wonderful hum drone. I guess that the suspended gondola is acting as an enclosed speaker with the wire becoming a conduit for the noise produced by the winding motors.  The pitch of the hum changes as the trip continues. The serenity is abruptly interrupted as the car passes over support towers. The hum builds and dies away only to be severely jolted by another support tower. Its an impressive piece of field work that will certainly appeal to anyone with a bent for Industrial ambience, which in a way, I suppose this is a pure version of. For a gondola ride alone its worth seeking out for its musicality, should you ever find yourself in Flumsberg please indulge. The other three gondola rides on here have their own idiosyncrasies but nothing as expansive as this. The funiculars are harsher affairs as you’d expect with the added bonus of stops along the way to pick up passengers. The eleven and a half minute chair lift ride that is ‘Oberdorf-Wiessenstien’ [now sadly defunct] is a white knuckle drone ride of buzzing inertia that builds in intensity as it nears the winding station and gently fades as it recedes. Its all recorded with incredible clarity and will reward anyone who takes pride in their playback equipment. My only gripe was track seven which is nothing but the sound of a helicopter transporting building material. Not what it said on the tin.

Pollardstown Fen is a calcium rich, spring fed fen in Ireland which has become home to all manner of wildlife including numerous species of water beetles. Tom Lawrence took his underwater microphone there and recorded what happened beneath the surface.  Apparently water beetles like to stridulate. Stridulation being the ability to announce ones presence by the rubbing one body part against another. Remarkably Lawrence recorded one particular water scorpion going at it for over nine hours at an incredible 110 decibels. Part of that experience is included here. My problem with Lawrence’s work here is that even though I find it all absolutely fascinating [ and the sleeve notes help a lot] the sounds eventually become grating and with over seventy minutes of it to go at its an arduous task. But you don’t have to play it all at once. Taken in small doses the delights of water beetles rubbing their nether regions together do reward the inquisitive listener.  Track two ‘Seven Springs’ is a cacophony of several beetle species all in ‘antagonistic high alert’ the results of which are comparable to electronically produced noise albeit, one of an especially repetitive nature. Think scratched Hecker CD. Interesting material just very, very demanding on the listener.

My big problem with For ‘Fire And Frost Pattern’ is that it skates dangerously near to  ‘new age’. Its two compositions of ‘fire’ and ‘frost’ remind me of the days when doped up hippies used to sit and listen to whale sounds going yeah man and wheres the bean casserole.  Andreas Bick creates two almost thirty minute pieces, one representing heat and the other cold. As you can probably guess Fire Pattern contains the sounds of volcanoes but after that struggles a bit so includes the man made sounds of ‘singing flames’ [a kind of late 19th century flame organ] and alcohol burning in bottles. Its OK but not a patch on Frost Pattern which has far more depth to it.
I was lucky enough a few years back to experience one of the sounds included here; whilst walking around the edge of a lake in Sweden one morning I heard a high pitched sound followed by a low rumbling one. It turned out to be the air escaping from beneath the ice. The entire lake was frozen over, but was slowly melting. Maybe a mile in diameter and the entire piece of ice was floating, air escaping to its edges in small spurts. On a cold, still morning with no one around it was an experience I’ll never forget and one I’m grateful to Bick to be able experience again.
Ice, snow, frost, cleaving icebergs, Bick uses them all to good effect and incredible sounds they make too. Capturing the sound of falling snow flakes by attaching contact mics to sheets of tin foil also works.  If only I could shake off this new age thing maybe I could like it just that little bit more. I’d have been quite happy to have listened to all of these sounds as individual tracks. Collaging them into ‘suites’ or ‘symphonies’ or ‘patterns’ leaves me um … cold.


The various artist comp Playing With Words is release I got the most out of. Its a release that calls itself an ‘investigation into the spoken word’ and I call ‘one to take to the desert island with’.
It includes 42 artists over two discs, most of which are new to me, which means theres little room for detail here, but just to wallow in the majesty of voice, whatever the language, is sheer majesty. Once you’ve blown up all your electrical equipment and bust all you strings and gone partially deaf from all your noise gigs there’ll still be the human voice to entertain you. I’ve seen noise artist do gigs using nothing but their voice, I’ve seen Jaap Blonk do Ursontae, I’ve seen Phil Minton make gurgling sounds for half an hour and its all been totally sublime. OK, the genre does have its down side and can become very self indulgent. I’m happy to have forgotten the name of the American sound poet I once saw at the Huddersfield Contemporary Music fest but for every bad apple there are plenty of golden ones. Fortunately thats the case on Playing With Words and its not only words you get to hear. Jaap Blonks submission is a series of cascading voice samples that sound almost electronic. There’s the irrepressible and still sadly missed Bob Cobbing performing the 2000 version of Alphabet of Fishes along with David Toop and Paul Burwell. Barry Truax’s ‘Shaman Ascending’ is another vocals turned synth. There’s clips plucked straight from Radio 4, someone reading out the letter they’re writing with the sound of pen scratching on paper, there’s an incredible Trevor Wishart track that I’m desperate to share with anybody who’ll listen and a track by Salome Voegelin in which someone struggles to read a flyer with Welsh language in it in a supermarket cafe. Totally wonderful. Its a rewarding listen even if there are a few bumps along the way but the best thing about it is the fact that its available as a free download from the Gruenrekorder website. Plus, if you download it you wont have to strain your eyesight reading the tiniest writing I’ve seen on a CD release.

Gruenrekorder don’t just release Field Recordings and Sound Art though, you’ll find them investigating Soundscapes as well as running a workshop and an intermittent dual language downloadable PDF magazine called Field Notes. Its archived and worthy of your attention. Theres also a few more free downloadable albums beside the one I mentioned. Having never heard of Gruenrekorder a month ago I know find myself a fervant fan.

What interests me now is has anyone done any true ‘Industrial’ field recordings? I mean in actual working factories? I’ve been musing this for the last few days. I wonder if there are too many obstacles involved? Its not like you can just turn up at a factory with your equipment and say ‘I’d to record your machines please’. First you’d have to find out which machines makes the most interesting noises and that in itself would take months of ground work. Then you’d have to get the companies permission. The company involved would no doubt have to give you assistance as I’d doubt whether they’d just let you wander around their premises until you found what you wanted. The results could be interesting, just hard to collate.