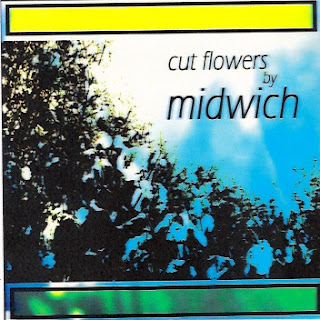 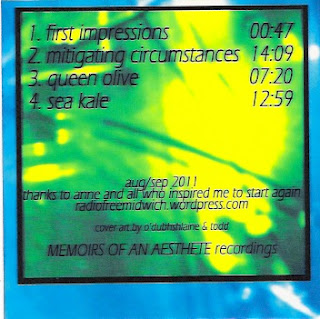 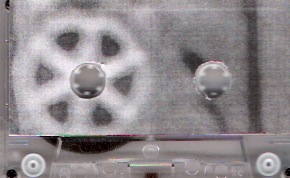 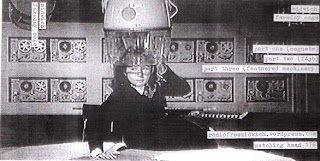 According to Rob Hayler’s account of the evening everyone had a marvelous time at the recent Midwich return to live action gig. The dusting of snow that was enough to keep me in front of a roaring log fire ten miles away wasn’t enough to deter other, more hardened, punters from heading into West Yorkshire for the gig of the year thus far. Including intrepid traveller Simon DDDD who made the 500 mile round trip from Southampton and a few others who crossed the Pennines and trailed up the M6 with little or no hope [I presume] of retuning to their beds that night. All huddled in an camaradic embrace of alcoholic warmth they droned and made noises at deafening volumes until the bar staff chucked them out into the cold and crispy night at closing time.

But I don’t do regret. It eats away at you like a disease. Instead I take great satisfaction in the fact that Mr Hayler was kind enough to forward me the fruits of his most recent labours in the shape of the above. Armed with these three releases I was able to recreate, in the comfort of my own sitting room, what it would have been like to bob my head surrounded by the good and knowing of the ‘Northern drone scene’ [©] with a glass of Malbec by my side.

What’s interesting here [apart from the re-emergence of Midwich after a few years hiatus of course] is Zanntone. This being the newest label to appear from that hotbed of West Yorkshire experimentation - Mirfield. Whether the world needs another small run 3”CDR label is a question that can only be answered with the appearance of further releases but its not a bad start; the second track on ‘October in Yorkshire’ [Silver Lining] being an absolute stormer of the no nonsense head down mindless boogie, thumbs in belt loops, fractured beat bust that takes a simple keyboard motif, layers it with a drone and cranks it up until it scatters into a thousand digital fragments that dissolve like dying Alka Seltzer.

Having listened to quite a bit of Midwich material over the years I detect a game of two halves; one being the breaking apart head nodding trancelike repetitive melody as fingered on a tiny keyboard and as witnessed on Silver Lining and the other being the overhead passing prop plane drone with all manner of layered nuance for company. In both, subtle shifts in harmonics occur which act in a drug like fashion putting the listener into a soporific eye rolling stasis.  All these releases contain examples of the two and if you know your labels you’ll know that the Matching Head release will be suitably grimy and that the Memoirs one will be suitably deteriorated. With new label Zanntone seemingly putting a price on production values you can now listen to Midwich in whatever form of reproduction value suits your mood.

A more detailed look at ‘Cut Flowers’ will see a 47 second opener that you might be able to dance to [First Impressions], a fourteen minute prop plane droner [Mitigating Circumstances], a seven minute head bobber [Queen Olive] and a bow out track that runs to twelve minutes worth of shimmering drone that drifts across your vision like fag smoke in a tap room.

Matching Head appear to have got up to release number 176 with nothing more complicated than a tape duper and a photocopier for company. In a world becoming ever more dominated by all things digital its the Luddism of labels like Lee Stokoe’s that are the ones standing out from the crowd. No emails, no web site, no CDR’s just cassettes and black and white photocopies covers. Faraday Cage contains three longish trips of barely shifting, mesmeric, drone. Its dirty and hypnotic and its perfect for the label, me and hopefully you.

Without any shadow of a doubt, Mr. Hayler is one of the most wonderful people ever put on to this spinning globe of muck and water. I say this with hand on beating heart for I know it to be true. His reemergence on to the Leeds music scene has only heightened the emptiness caused by his recent [too long] absence. Lets hope he’s here to stay this time, here to fill our lives with his music and his words [for he can write too, his blog is a wondrous and charismatic map charting that most nebulous of genres, the ‘no audience underground’]. If you see him at the bar he will be the one smiling the widest, give his beard a playful tug and tell him that Idwal sent you.

Rob's blog and portal to all manner of wondrousness
Zanntone
Memoirs of an Aesthete
Posted by Idwal Fisher at 1:45 pm

Making it all sound necessary and essential but links lead nowhere, are these ancient "sold out" releases or yet to be available to the generals and public?

Links now up and working. Thank you for your patience comrade.

Too kind, man, too kind! I'm touched. The tape is out now and available from Lee (lee_stokoe@hotmail.com, 3 quid I think), the two CD-rs are soon to be released so feel free to email Paul and Phil to bug 'em. With love, Rob H