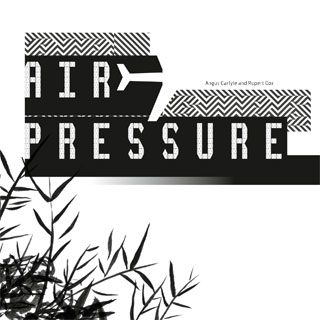 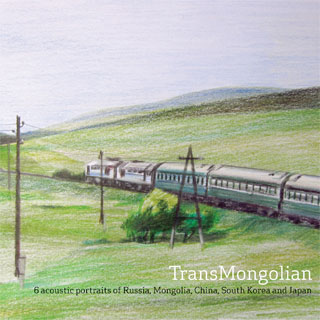 
If you’ve ever bemoaned the fact that you live in a noisy part of town spare a thought for the Shimamura family. Since the late sixties the Shimamura’s have farmed the same few fertile acres of land right at the end of Narita airports runway B. That’s Narita in Tokyo in case you don’t know. 300,000 flights a year passing over the Shimamura’s heads at a height of 80 meters. The airport wants to expand its runway, the farmers want to stay put, protest groups make their voices heard. Over the deafening roar of those 300,000 planes a year vegetables grow, hens cluck and pigs squeal. Life, somehow, goes on.

During a couple of working visits over a period of two years Angus Carlyle and Rupert Cox spent time there gathering sound and film footage eventually creating the installation Air Pressure. What interested them was the effect that this continuous barrage of noise was having on the farmers health and that of their farm stock. Mr. Shimamura, the head of the farm, suffers from a hardening of the neck muscles caused by involuntary spasming. He no longer hears anything. The farmers eventually got the airport authorities to build them a soundproof room in which his family could sleep. They had to fight for it but they got it. Now the airport wants to extend the runway and a farming family going back generations faces the possibility of losing their land and way of life.

There’s ten tracks on here [the last is a compression of some of their recordings designed to capture the entire experience in one go] that give you some idea of what living and working at the end of a busy runway is like. It’s a no-brainer of course which is where I start to feel uneasy with the audio side of this project. For the art installation the audience were ushered into a space to be faced with two huge screens doing their best to represent the Shimamura’s suffering. At home with my headphones on I’m hearing the sounds of the farmers going about their work, birds, the odd bit of chatter, rain, wind, radio or TV and every other minute or so the god almighty teeth rattling roar of a plane going overhead. Its something that doesn’t take that long to get the message across.

Carlyle and Cox have done a sterling job in highlighting the farmers torment, as have Gruenrekorder in issuing this CD in a book that carries plenty of text relating to the project plus an array of wonderful photographs but when it comes down to actually listening to it I found that after about two tracks I’d had my fill and thanked myself I was just glad I didn’t live at the end of Narita’s runway B. This is to take nothing away from Carlyle and Cox’s work or to make light of the Shimamura family’s position but I feel that what we have here audio wise is encapsulated in those last ten minutes.


TransMongolian meanwhile is a far more listener friendly release. Traversing the 4,500 miles between Moscow [I think?] and Japan, Etzin captures the sound of wheeltappers at work in train sheds, noisy Pachinko parlors, sleepy train carriage rumbles, the creaking of leather straps on boats, the smooth whoosh of the Shinkansen, the chirp of nocturnal insects and cheery fairgrounds ... I could go on, the variety of sounds recorded by Etzin seem almost without end.

The defining pleasure to be had from this release is the way in which it captures the slow process of travel itself. The enclosed booklet contains pictures drawn by Etzin’s traveling companion René Seifert and none of them show planes or airports so I’m guessing this was an over land and sea trip? Water, rail and feet feature heavily: the crunch of gravel underfoot, the clank and groan of a train carriage, the lapping of the water against the side of a boat and then there’s the weather, hard to capture sunshine on sound but rain and wind make their ever fateful appearance, all of it adding to the ambience and the feeling of actually slowly moving from one place to another.

Deep down I was jealous of Etzin and Seifert and the fact that they had the time to make this trip. I doubt my more humble travels would return such rewarding material but you never know. I’m taking my digital recorder to Northumberland next year just in case.