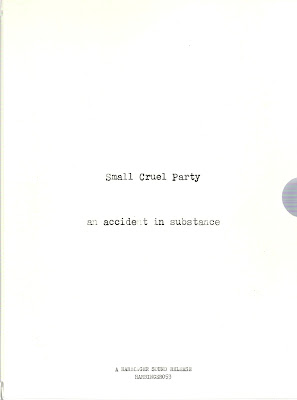 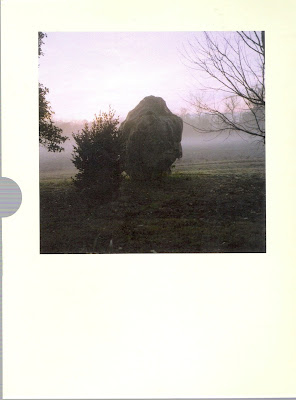 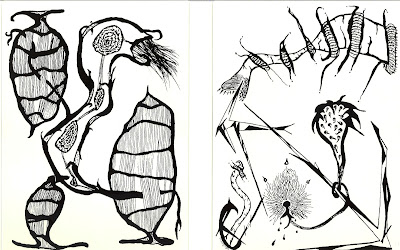 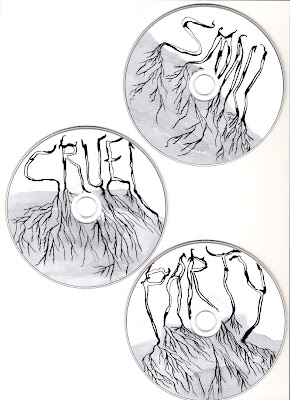 If only there were more people like Key Ransone. Who, after about ten years or so of releasing material under the Small Cruel Party banner, decided that a career in French cuisine was more up his cul de sac. Bye bye Small Cruel Party, hello legumes.

Its still a sizeable body of work, maybe ten albums, the last of which saw the light of day in 2002 plus a smattering of singles and comp contributions. An Accident Of Substance collects these singles and comp tracks putting them in chronological order over three CD’s so that you can hear the transformation from the ten minutes of found sound building site brick abuse to the delightful one minutes worth of a bucket full of water being hit with a stick.

Of course I have no idea how Ransone came to create any of these 27 tracks and I’m all the happier for it. The melancholy drift of the second track ‘Some Movements’ appears to include a lonesome two note bird call, two tons of ceramic tiles being dumped a mile away and a raging forest fire. Its at once The Haters, Fransisco Lopez and John Cage. ‘Wind On Jets’ sounds like a sniffer dog searching for drugs inside a vast tumble dryer. ‘Micromelistmata’ is a simple humming drone. ‘Seminal Brainpan’ is built around the sound of a reversed once hit kettle drum, rummaging noises, scattered timpani and Evil Moisture epidermal squiggles leaving you with Nurse With Wound circa Merzbild Scwhet and another huge ‘what the fuck’ moment. And you’re still only halfway through the first disc.

Any serious sonic adventurer could do a lot worse than to begin their journey here. If you’ve ever been turned on by fridge hum then start here. If you like the sound that underground trains make when entering a station start here. Rain, mud, underground reservoirs, traffic, running water, buffeting winds, drums rolling down a hill, birds, vocal tics made close to the microphone, wind chimes, a drinking glass being ground into a stone floor … they’re probably all here too. In all kinds of combinations, permutations formulated for the sheer joy of hearing pure sounds. Then there’s the feel of it all. The screaming, whistling, atonal scrape of ‘12 Breaths On Shore’ aside the rest of the material gathered here appears as if from a moist hole in the ground. This is an ethereal, calm and mysterious body of work, captivating and grand, enlightening and joyous all at the same time.

Most tracks are made of but a few elements. Maybe three at most. Most tracks begin and end in the same fashion. A few introduce new elements during their course. There's little in the way of stylistic shift from the first disc [which begins in 1992] and the last [which ends in 2001]. That there isn’t a duff track [nay, a duff second] anywhere on these three discs is a testament to Ransone’s ear for sound and his ability to compose sounds from a non musical origin.

Dip in anywhere and you will find delight. After you’ve done that start making a list of those who you’d wished had done the same as Ransone and quit whilst they were at the top of their game. It’ll be a long list.