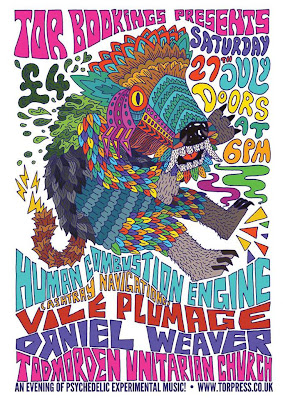 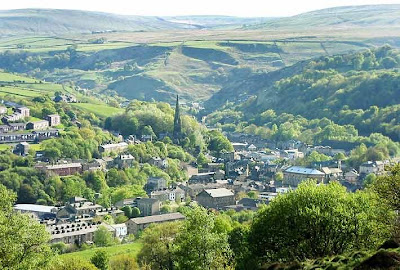 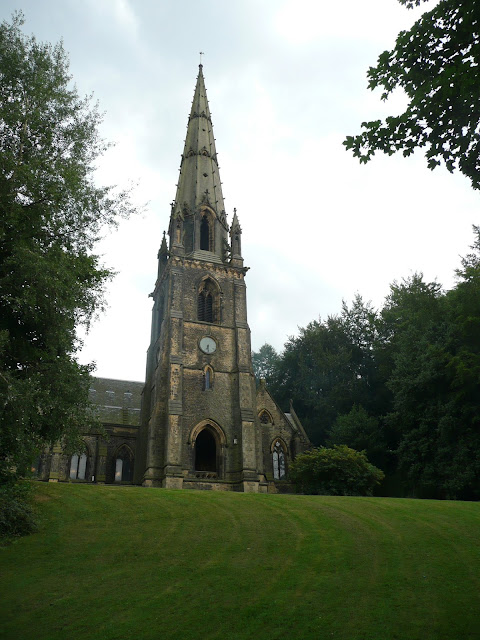 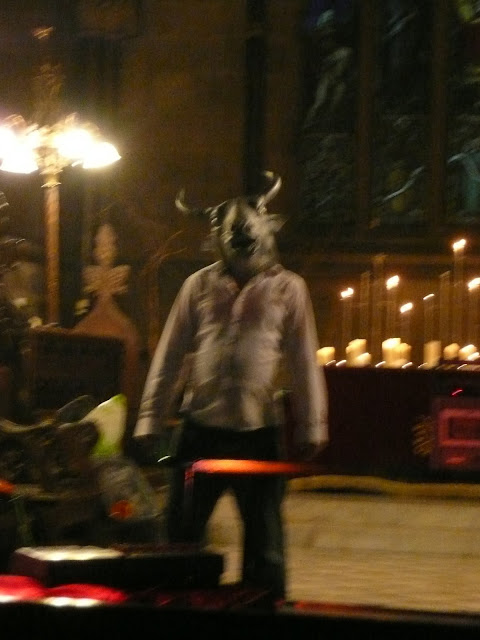 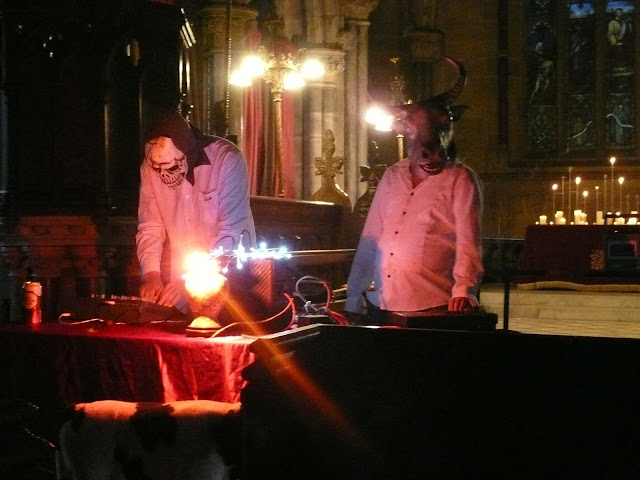 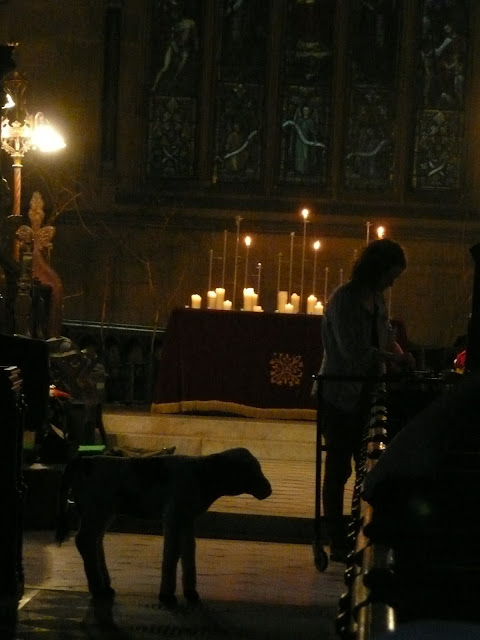 It was only as we were passing through Hebden Bridge that I realised I’d never been to Todmorden in my entire life. All I knew of Todmorden was that Andy Kershaw had recently moved there and that the place itself was either in Lancashire of Yorkshire depending on where the boundary fell during any particular political struggle. Tod [as it usually gets called] is a down to earth, no nonsense stone built market town on the edge of the Pennines, a more lived in place to my mind, whereas Hebden Bridge just a few miles down the road is a more Guardian-ista lesbian knit your own cannabis yoghurt kind of town chock full of day trippers buying tricolour pasta at £5 a bag.

Things got off to a good start when we passed a burning bus outside Shibden Hall. Having passed a burning bus on the way to see Smell & Quim this could only have been an auspicious sign. After discovering Tod we parked behind the train station and made our way to the White Hart, a Weatherspoons pub inhabiting what looked like a 16th century coaching inn with a huge stone fireplace and drunk locals. After asking one of the friendly drunk locals which way the church was we were soon climbing the steady slope to the impressive late Gothic edifice that is Todmorden Unitarian Church.

And it is impressive. As church’s were meant to be. I always feel sorry for worshipers who have to kneel in prefab boxes built in the 1960’s, the kind of places that are usually built on the edges of housing estates and have flat roofs covered in rolls of barbed wire and appear to be more locked down survivalist bolt holes rather than places of worship. And there was food on offer, roasted potatoes with rosemary, grilled eggplant with garlic, couscous, beetroot with goats cheese and various other examples of the vegetarian art. There was beer and cider and wine and soft drinks for those not imbibing and TWO TOILETS. These things are important.

It was four quid in and even though the turn out wasn’t what you could call massive by any stretch of the imagination, I bet everybody present enjoyed themselves immensely and will be back for further Tor Booking events.  But perhaps not the six Americans who turned up with ten minutes to go.

Because this being a church we were all off and running by 6.30pm so we could all be back on the streets of Tod by 9pm. First up was Daniel Weaver who played electric guitar, first with ashtrays and then bits of bubble wrap [I’m guessing, I was sat on a rear pew] and then with a violin bow. Moving around picking things up and making noises with them. Three pieces the first being more adventurous in an experimental stood erect tuned up Keith Rowe kind of way before moving into more melodic looped melody mode that my accomplice Big Joe described as a cross between Twin Peaks and a twisted blues.

Vile Plumage looked suitably demonic and suitably at home in their church surroundings with their oxen head and skull mask. Hammer Horror came to Tod with a continuous blast of destroyed tapes played through an old school cassette deck [literally old school - it was saved from the skip as part of an equipment upgrade]. Two cassette players lined into this old box then mixed to produce a constant ugly dirge that is the sound of the streets of Burslem brought to life in a 150 year old West Yorkshire church. It was the longest Vile Plumage set I’ve witnessed and all the better for it with the chance for Skull and Ox to wander amongst the congregation with prayer bells and a general air of menace. At its end various cassette players were ripped from the box until just one totally crumbled vocal mantra was left wailing away.

But there was to be no Todd in Tod, thus depriving me of my my chance to use a thin joke. One half of Human Combustion Engine was on his sick bed leaving Mel to tackle the set on her own. Sat once again near the rear of the church the acoustics of the place finally revealed themselves. With only a small PA [Vile Plumage didn’t even use it] the slowly evolving synth motifs rang from the wooden rafters with a distinct clarity making you wonder what it must have been like to witness Tangerine Dream play York Minster in 1975. And while there wasn’t as much going on TD wise [and I’m not in anyway shape or form going to compare HCE with TD] the chance to hear synths [it was a synth wasn’t it? sat at the back couldn’t see didn’t investigate] in this most magnificent of structures was a memory that will live with me for a long time. These were very gentle structures that eventually morphed out into something larger but never harsher, eventually disappearing like smoke form a snuffed out candle. And there were plenty of candles to snuff.

A great gig in a great venue in a great town with amazing food and beer and happy punters [six Americans notwithstanding].

On the way home the recent heatwave came to a crashing end when a thunderstorm of Biblical proportions descended. I bet it put the bus out no problem.
Posted by Idwal Fisher at 10:47 am

What does that last sentence mean?

Out and about and put right. Cheers Steve.