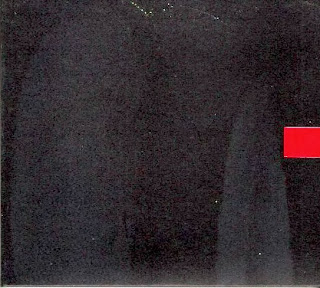 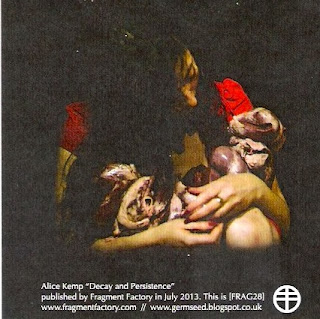 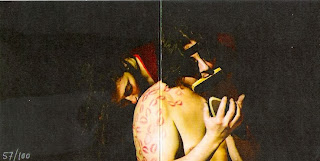 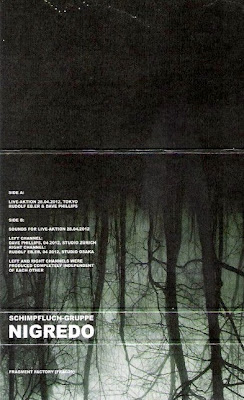 The last time we saw Alice Kemp was in Bristol for the Extreme Ritual Schimpfluch Love In. Kemp performed her ongoing work ‘Untitled With Scissors’ where she sits with head covered, skirt pulled up over here knees, a pair of open shearing scissors laid out in front of her. As she sits motionless a slowly building Hertz hum can be faintly heard. And then it ends. People are baffled, amused, entertained, lost in thought. No explanations were given or are are ever likely to be.

On Decay and Persistence she reworks two tracks by the performance artists Rebecca Weeks and Ian Whitford who judging by the image of Weeks cradling a pile of offal on the inner sleeve and the sounds herein have all already become honorary members of the Schimpfluch Gruppe. Its one hour long track creates tension and unease through the ticking of clocks [singular and multi-tracked], thunder like rumbles, trees being torn up by the roots and balsa wood being squeezed. Augmented by a series of pops, crackles, silences, laboratory bubbles, underwater burbles, traffic in tunnel drones and heavy furniture being moved around in the flat upstairs it bears comparison to Eb.er’s equally disturbing hour long work ‘Kotschleuder’, right down to the offal but with a trapped fly replacing the clocks. At times it becomes meditative, whether there are loops in there I know not but its repetitive nature sucks you in, the clocks become metronomes [perhaps they are metronomes, metronomes mixed with clocks] bombs go off in distant streets. A tense, haunting work.

Nigredo continues where Decay and Persistence leaves off. Schimpfluch Gruppe here are Dave Phillips and Rudolph Eb.er with Live Aktion 28.04.2012 Tokyo. Phillips and Eb.er perform with sounds created separately that you can hear in split channels on the flip. In the right channel [Rudolph] we find a pig snorting for truffles, a lunatic asylum going batshit and a ghost ship adrift full of the lost souls of drowned sailors. Knots in wood explode in fire hearths and a pet shop goes up in flames. What Phillips does in the other channel is layer on masses of ever increasing, destabilizing chaos. By its end a controlled barrage of noise torment is Hoovering up deaf screams. Its a long slow build to a suitably shuddering climax. And then you listen to it live in mixed stereo and the thing become even more intense.

Two releases linked by feelings of claustrophobia and dark menace then. Tense affairs. Like someone pointing scissors at you.

I am fairly sure that Alice Kemp was one of the people who was sharing the 'multiple identity'/shared password sybil_b livejournal page with me about ten years ago.