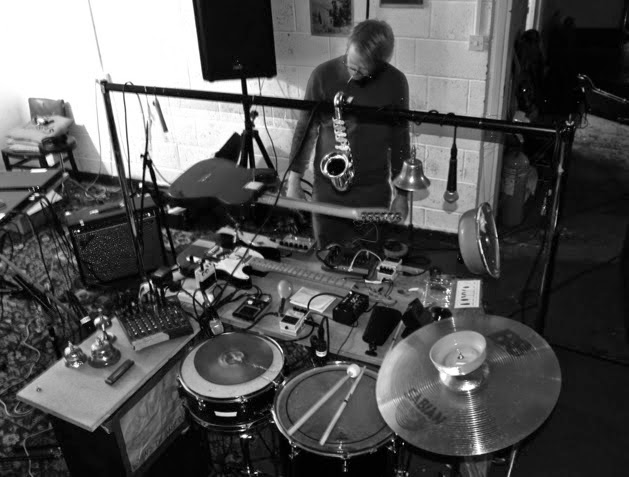 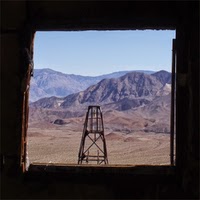 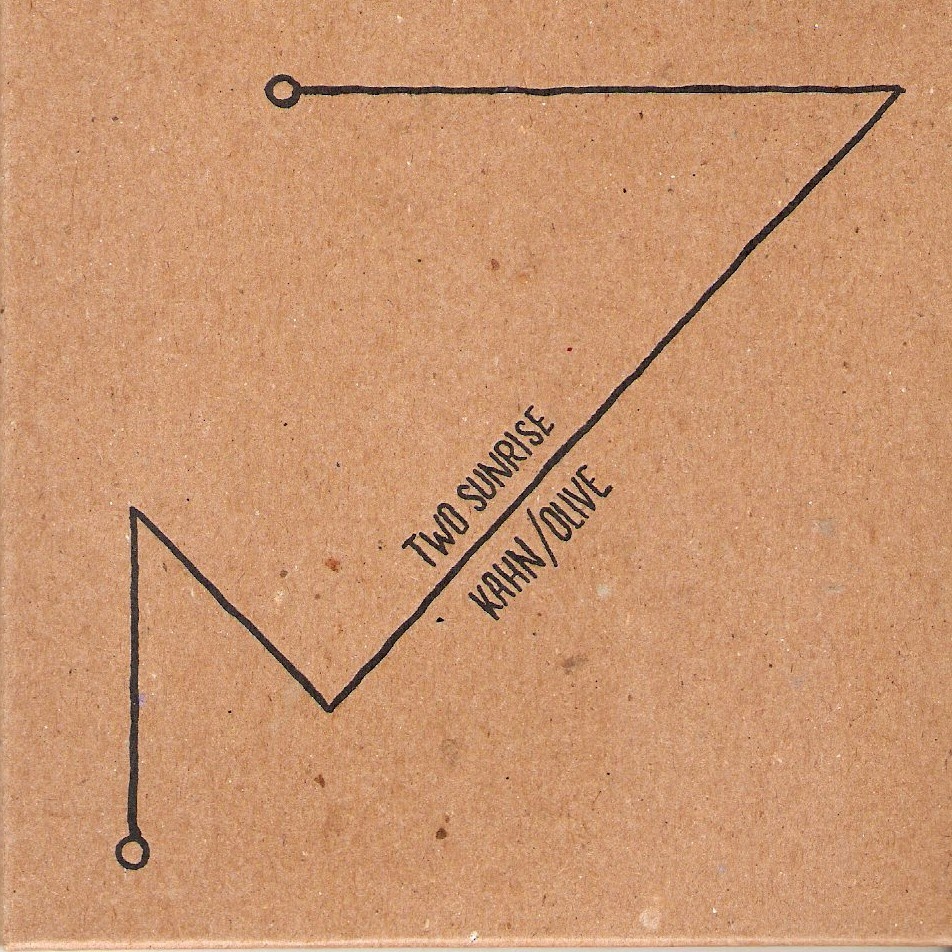 Ah yes Improv, or the big ‘I’ to give it its full name. Improv of the electronic variety here, well, for the most part. A most wondrous and edifying branch of the experimental sonic arts and one that gives me great pleasure. To prove my credentials and to look hip at the cocktail parties that Mr’s Fisher throws I leave beside my Binatone Hi-Fi [stereo, if you please] a copy of Bernard Parmegiani’s ‘De Sonoro de Natura’. Not the original I may hasten to add but the recent re-issue that came courtesy of GRM in a gatefold sleeve with a debossed cover that’s an absolute gem of a release in all manner of ways. I sometimes pick it up and gently stroke the sleeve with the palm of my hand, my fingers tracing the geometric shapes that surround dear old Bernie’s fuzzy fizog.

But yes, I do like a bit of electronic improv. The sound of springs being brushed by magnets, wire brushes pinging off the sides of bits of tin all contact mic’d up to sound like forests being felled or a sniper rifle being put together.

Trans/Human are the duo of Adam Denton and Luke Twyman. They’re part of an enthusiastic Sheffield collective going by the name of The Audacious Art Experiment that puts on gigs in a requisitioned Quonset hut and releases some interesting looking material in a variety of formats. How they’ve passed me by I know not but here they are now with an LP of improvisation that I’m thinking was inspired by a recent trip to America which may go some way to explaining why the first track ‘Whistle’ begins with a Country & Western track as snatched from a shifting FM band. A Country & Western track that sings about the railroad and thats what it sounds like with an out of tune electric guitar being played like a lap steel making sounds reminiscent of those long dusty railway tracks disappearing into the distance. Rapidly struck tubes of steel are the warning sign that the level crossing barrier is coming down and theres the sound of the train’s horn as replicated by something I know not what.

I’m liking the cheap rent Harry Partch like Trans/Human set up too. A clothes rail hung with various objects: a sax, an electric guitar hung upside down and no doubt used as a percussion instrument, one laid flat on a table and used Keith Rowe style and no doubt having ball bearings hurled at it, there’s a bell too and an old casserole pot for whacking with twigs. All the requisite bits and bobs as required for the onset of some improv. This equipment would be for nought though if the results were of a substandard nature. I’m happy to report that for the most part they’re not with only a tendency to stray into Einsturzende Neübauten territory spoiling what is on the whole a decent use of wax.

The two tracks on side one [‘Whistle’ and ‘The Incident at Frankfurt Airport’] are the more interesting with the side long ‘Peasant’ the only instance of Trans/Human getting carried away with themselves. By going for the massed clanging, juddering, almost rhythmic, build to a climax for effect dollar they slip into Neübauten Lite territory and even though this is Sheffield 2014 its not Berlin in the early 80’s. They’re far more interesting when trawling the shortwaves, giving out little mini drones and radio voices via the shorter ‘Frankfurt’ where those shortwave transmissions become throbbing noise with a treated radio broadcast appearing like the disembodied voice from the mothership in an American 50’s Sci-Fi movie. ‘Whistle’ actually gets quite noisy in a piece-of-wire-being-given-the-Aube treatment kind of way whilst the fevered drumming and clashed cymbals give you the feeling that your in the midst of a Sonic Youth whig out.

Tim Olive is far nearer to Bernard than Thurston though and this we like. His collaborations   via his 845 Audio label have graced these pages before and are fine examples of the electro-acoustic voyagers art. Here he teams up with Zurich based mutli-faceted artist Jason Kahn with four tracks all recorded in Japan [Kyoto and Osaka] during 2012, the last being a live outing. Olive’s preferred mode of expression is through a one-string magnetic pick up, Kahn contributes to the noisier end of the spectrum with analogue electronics.

Four tracks that finish up at just over the half hour mark that evolve and mutate through various forms be it the quiet rumblings and odd spurt of analogue beep or, as in the live outing, the close up sound of that stretched, coiled wire being drawn down from top to bottom with the edge of a 100 Yen coin [probably].

Kahn tempers his urge to go all out noise on Olive which makes for a well balanced release. On the opening track Kahn’s viscous knob twiddling matches Olive’s string manipulations until they both realise they’re going at it far too hard and let things slide off into a controlled feedback loop until Olive picks up two stones and begins to rub them together [perhaps]. Sporadic use of Japanese radio and the noisier end of things on the live track go towards making this another quality 845 release. They should do more together.