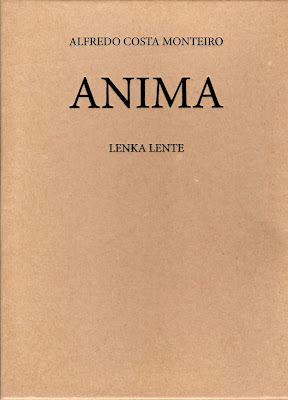 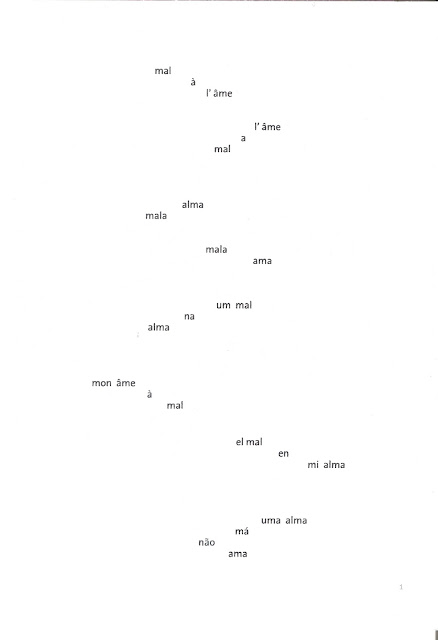 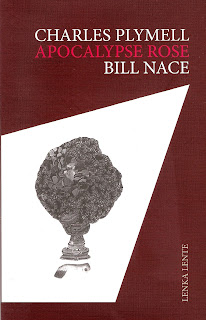 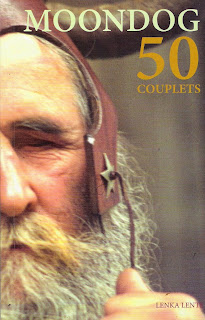 
French label Lenka Lente mix sound and poetry like no other label I know. I mean there must be other labels and what with me getting all proud over home grown poets like Tony Harrison and Ted Hughes of late, I think there should be more. A slim volume of Ted Hughes poems with accompanying sounds courtesy of Guttersnipe perhaps, Tony Harrison coupled with Vibracathedral Orchestra, Simon Armitage and Piss Superstition. I live and dream but for now its to France and the exquisite Lenka Lente for our sound and word fix.

After pairing Nurse With Wound with André Salmon, Adolf Wölfli and Charles-Louis Phillipe we now have Bill Nace rubbing shoulders with American Beat poet and writer Charles Plymell. These tiny books, about the size of your average smart phone are a sheer delight, perfect carriers for works such as this. Plymell’s Apocalypse Rose is a series of poems that first saw light of day in 1967:

Which inspires Bill Nace, last seen rubbing guitar strings with Kimmy G, to create a loop from the intro to Jim Reeve’s Distant Drums [at least that's what it sounds like to me] a meditative peice that slowly evolves and transforms and disappears leaving traces of well being.

Alfredo Costa Monteiro’s ‘Anima’ is a fifteen minute sound poem using Spanish, French and Portuguese words, mainly alliterative, all combining to create a dark and menacing atmosphere. The 40 pages of the poem are elegantly printed on single sheets and placed into a debossed box along with the CD. An artefact worth owning and one that I’m glad to give shelf space to. Monteiro’s recitation is close up to the mic and sounds particularly good on headphones where the words are slowly released into your ear canal in short bursts; grunts can be heard, petite morts and the satisfied sound you make when a particularly difficult stool exits the bowels. Twice during its course an industrial hum appears and when it leaves Monteiro’s voice sounds even more sinister.

Moondog’s 50 Couplets are something that I knew never existed. 50 rhyming couplets in measured iambic parameters of 14 syllables each. Some are witty, some are sad and some just downright odd:

An armoured knight fell off a ship and sank into the blue.
He looked a lobster in the eye and said ‘you’re armoured to?’ [sic]

You couldn't tell me more than when you looked into my eyes.
Now, you are there and I am here; and hope within me dies.

Rush the beach, good Anglemen, and stop the Norman landing.
Use what strategy you will, but leave no Norman standing.

Costing a mere €5, the Moondog book is far cheaper than a small glass of beer at a Gare Du Nord cafe, as cheap as frites and and much better for you. These may not be the deepest thoughts ever committed to page but I'm glad they exist, on paper, in a slim book, not on ebook, Kindle, laptop, phone.