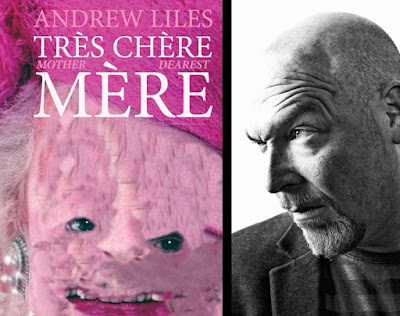 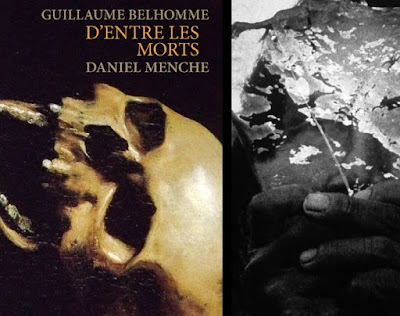 The last time I saw Andrew Liles name was as it passed me by on the end credits of Peter Strickland’s superb 2012 film ‘Berberian Sound Studio’. Anyone who hasn’t seen it and has an interest in sounds, gobcore and 70’s Italian horror should go straight from here and watch it. In it Toby Young plays the sound effects guy brought in from England to work his magic on a maverick Italian producer's shock horror production. A film, it soon transpires, that Young’s character as very little interest in and is very much against, him much preferring to be in the shed at the bottom of his garden or wandering around the rolling hills of his home counties town. Screams in sound booths, kitchen knives in cabbages, splatted melons, torn radish stems for hair being ripped out and a blink and you miss it appearance by Adam Bohman. What more could you ask for?

Like Steve Stapleton, Liles is a man capable of creating sounds from seemingly nothing. A sampler par excellence, a weaver of magic, a man capable of making interesting sounds from a dishrag and yesterday’s newspaper. Not just any old sounds though, not rulers twanged on tabletops, not lollipop sticks stuck in bike wheels but sounds that leave you in awe, leave you wondering how they were actually made. I listen to Liles and wonder how he actually made what ever it was that just went down my ear canal.

I have a small smattering of his vast recorded output here with releases ranging from outings with Dannielle Dax to [appropriately] horror sound effects to tributes to Hans Bellmer [Aural Anagram - a queasy ride filled with eerie drones and manipulated female vocals that would fit easily enough besides some of the best Nurse With Wound material] but never before his writing.

Très Chère Mère [Mother Dearest] is an uneasy modern day folk tale with a gruesome ending and while its written competently enough I doubt he’ll be giving JK Rowling any sleepless nights. Criticising Liles for the odd clunky line seems churlish though, like giving giving Picasso a hard time because his book of short stories were no match for Hemingway. At least its in English. Lenka Lente have received a certain amount of criticism for printing their works mainly in French but its not a criticism I share. They're the publisher and they can print in whatever language they want. Here the story comes in both English and French so somewhere someone wont be moaning.

The disc accompanying  Mother Dearest is all mumblings, pizzicato strings, harps, creaking leather oar straps and cello. A bit like a SNES soundtrack to a role playing game with a Japanese theme which may or may not have some kind of connection to the story. Its unlike anything I’ve heard from Liles before which makes me wonder just how far the Liles tentacles reach.

Daniel Menche is equally as talented. The single track on D’entre Les Morts overlays several different soundscapes to a juxtaposed but ultimately harmonious effect. There's TNB garden shed clatter, the inside of a grandfather clock, a drone, continuous pink noise and a length of steel wire dronged into eternal oscillation.  Menche’s skill in combining these differing sounds is worthy of note. He’s no slouch. Listening in on headphones is a rare audio treat and one you shouldn't deprive yourself of. Whether there's any link with the text is also unclear to me.

The book itself is written by Lenka Lente lead man Guillaume Belhomme and is entirely in his native French which, baring the odd word, makes about as much sense to me as a book written in Latin. I’m quite certain it’ll be dead good though.