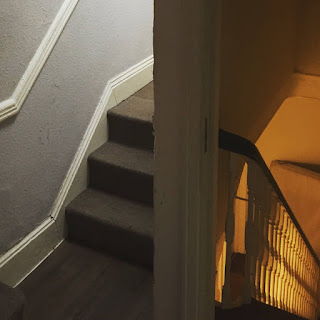 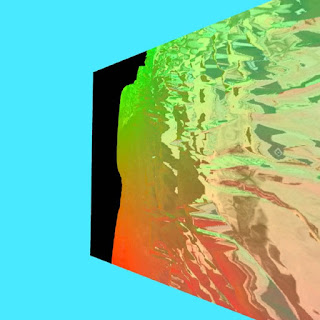 Stuart Chalmers and Neil Campbell - In the Vicinity of the Reversing Pool.
CDR/DL. No Label.


Have you heard the Scott Walker/Sunn O))) collaboration? Did they do it just do it to fuck everybody off? Did any serious Sunn O))) fan think Scott Walker was the man to take the band in a different direction, give them a new lease of life? Was there a Sunn O))) fan who’d ever heard of Scott Walker? Is Scott Walker a Sunn O))) fan? Maybe he likes nothing more than listening to Sunn O))) thinking to himself, ‘you know what I’d love to make an album with these guys  ... and if they’re not available I’m going to ask Boris or Diamanda Galas or Robert Wyatt’. Maybe Stephen O’Malley and Greg Anderson are big Scott Walker fans? Fans of warbling in a ridiculous voice that makes no sense? Maybe they wanted to do an album with Truman Capote but he was dead so they went for the next best thing.

Collaborations [or ‘feat’ as they call them in the singles chart these days] can be hit and miss affairs and not just in singles land. Stuart Chalmers recent collaboration with YOL
didn’t exactly run through the gears; a one man Tourettes machine hitting and clanging things coupled to someone more at home with loops, samples and swarmandals. But you kind of new that the destined to happen Campbell/Chalmers collaboration was going to be a far more settled affair.

My only fear with collaborations is that one artist occludes the other or the styles don’t mix [see above] an oil and water situation. Instead of an emulsion you have bits floating about and nobody likes bits.

There are moments on SC/NC when you get the feeling that SC is doing his best to be heard but thats a small complaint from whats a stonking meeting of minds. Chalmers use of looping samples [Reversing Pool. Gedditt?] are to the fore on second track ‘Deep in the Reversing Pool’ with Campbell’s clattering beats holding together the cacophonous reverse loop of a sample of snatched vocal. Think Nurse with Wounds ‘Rockette Morton’ given a blast with the Kircher. Pick of the bunch is ‘Slipping Slipping’ with Campbell’s trademark electric guitar going backwards forming lumps of molten lava that trickle all the way down the mountain of Chalmers looping loop of someone singing ‘slip, slipping away’. The fit is perfect, the mood one of being wrapped in a morphine drenched blanket. Next track ‘Detritus of an Old Bank’ clangs along like a Joe Jones machine, a-clapping and a-flapping and a-banging, an out of control fight to the death between people armed with teaspoons, knitting needles and finger cymbals. ‘Migrating Dirge’ is just that, wheezy Melodica, coughing, clanking, someone speaking in voices. A match made in heaven or Leeds or Bradford.

Bradley and Campbell have collaborated before but its so long ago I cant remember what it sounded like. I have one of them here, buried in a box somewhere. No doubt recorded in Leeds or Brighton after too many beers when the peak was peaking and the mood was just right.

Apparently commissioned by John Olson who was heard to comment that there wasn’t enough Campbell/Bradley collaborations on the planet ‘For Lila O’ weaves between full on two chord organ swirl jams to early sunrise beatific orgasms to gentle guitar strum. The two key tracks lie in the middle of the thing; ‘Giants in the Electric Nativity’ and ‘How to Wear a New Watch’ are ten minute drifts, sonorous and deep away with the fairies music, heady vibes. The first a loose warp on the chip out to the Stones ‘Sympathy’ as played by Sun Ra with his hands tied behind his back, Richards wonky guitar solo replaced with key clusters and wooing sounds. The latter, an eternal lift off, an ebbing tide of softly strummed electric guitar, the gentle burble of electronic streams. I doubt there’ll be any complaints from Olson. The rest aint too shabby either with ‘Budget Fashion Holiday’ sounding like the credits to a 60’s BBC programme about electronic music and ‘Cosmic Looking Twin’ two minutes of random fizz. Chip out track ‘Now and Future Drenchings’ is the calmest of waters, a bucolic English countryside with birds and breezes and more gentle strumming and burbles. The perfect antidote to anything Scott Walker get his hands on.