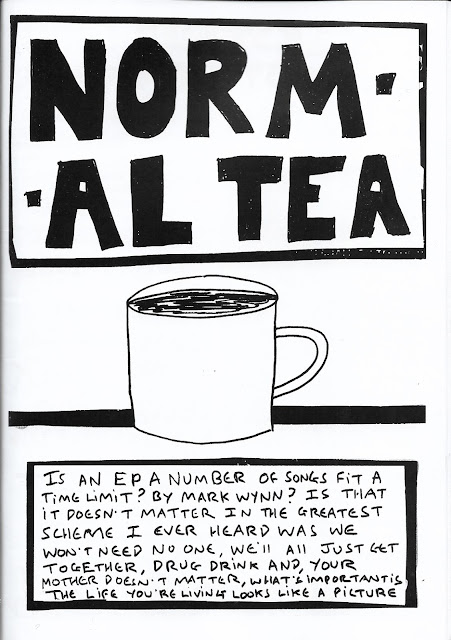 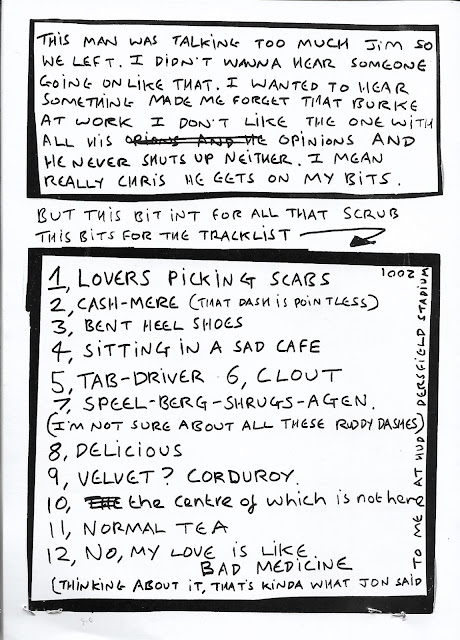 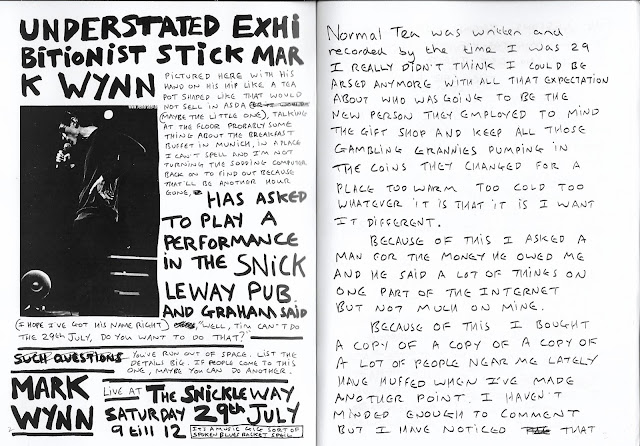 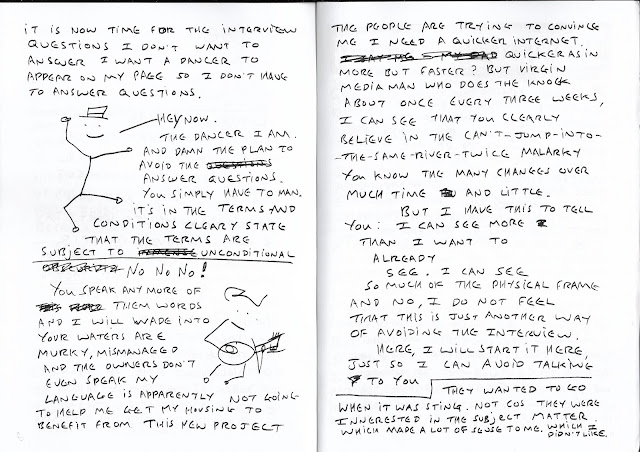 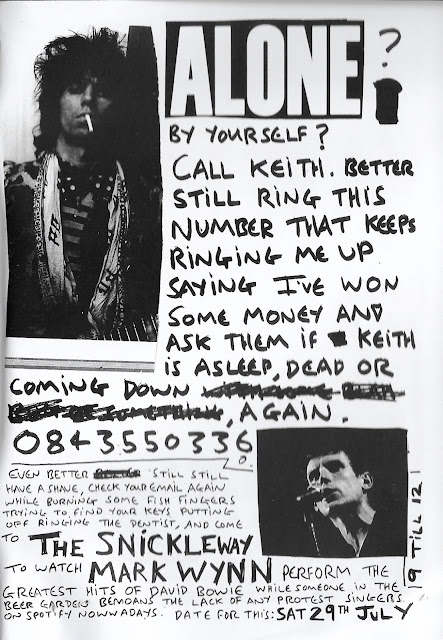 Wynn’s one man punk-ish journeys encapsulate all that was good about the original punk scene and those lonesome troubadours who wrote songs about chip shops, ill fitting shoes, girlfriends whose breath smelt of parma violets and existential angst. And here it is in the 21st century your direct route back to when people just went and did that without worrying about what they’d look like in HD and which hashtag to use. In a world where my inbox fills to overflowing everyday I herald the arrival of a Wynn zine/cdr combo as much as I would an abandonment of Brexit.

Normal Tea [Normality?] is another one of Wynn’s self released hand written zines with a CDR stuck in the back except this one has printed lyrics to most of the songs and not much in the way of pictures of Wynn pratting around in a park in York somewhere with a parasol while gurning funny faces into the camera. All that has gone and with it the songs about girls he fancies in Age Concern and Bobby Gillespie. The set up is as before; raspy guitar, overdubbed drums or tambourine, added vocals or spoken asides, one track sounds like it was recorded by an actual band but its easy to be mistaken in Wynn World where he does a lot of talking to himself anyway, oh and the songs are bit darker. Out go the songs about charity shops and Battenburg and in comes some introspection. The songs can be equally as raw with ‘Cashmere’ apparently invoking the wrath of the digital distributor who declared it unlistenable [‘I don’t know what they’re talking about I’ve listened to it hundreds of times’]. The one real catchy tune with a recognisable Wynn like plucked chord progression is ‘Speel-Berg-Shrugs-Agen’ with much of the rest being filled with plenty of strummy guitar buzz. All twelve songs chip in at just under the twenty self explored minutes mark.

Signs that the times they are a-changing come on ‘Bent Heel Shoes’. Wynn has a conversation with a barman who asks him why he isn’t drinking ‘Markie, what’s with all this abstinence thing going on? Will it be lasting long? Any Problem? And then in ‘Normal Tea’ ‘Would you like a drink?’ ‘I don’t drink. Thanks for asking though. And I hope you didn’t read that bit in the lyric to Bent Heel Shoes’ and then ‘I want some herbal tea, I’d like a peppermint tea’. So that’s Wynn off the booze then. Perhaps the most revealing is ‘The Centre of Which is Not Here’ which has these added lines which aren’t actually in the song ‘Must I defend myself in this way? If not why am I writing this? Am I still trying to unlock me? Why have I stopped answering my questions?

His song writing is as strong as ever, as his delivery, a spoken word sing-talk thing with just the hint of flat northern vowels. Thankfully his humour and spirit lives on as with ‘Delicious’ which is a song about someone daring him to write a song with the word delicious in it. ‘No, My Love is Like a Bad Medicine’ reveals a finger picking spoken blues which reminds us that Wynn is actually a very good guitar player who has long since left that gig behind deciding instead to be Yorkshire’s Ray Davies. On tea.