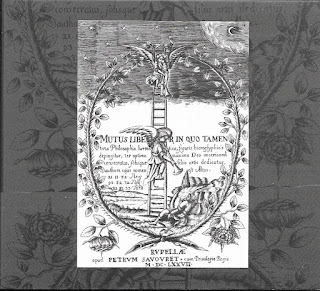 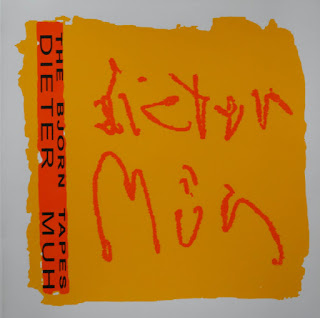 Dieter Müh were one of the first bands, if not thee first band that I got to know personally - the mists of time can play tricks on the brain but they’re definitely up there if you don’t count the scroats I used to knock about with in pubs when I left school. The first time I met them they were playing the Fenton on a Sunday night when I had to be up at 4.30am the morning after to start a new job [I turned up to work half pissed, hungover and had to endure a tedious and never ending twelve hour shift but it was worth it]. I once went to London to see them play a gig in a church and missed them because I’d got my dates mixed up. That one still hurts. I saw them play a pub in Manchester with Con-Dom and The Grey Wolves and was one of about three people who’d paid to get in. I may be exaggerating there but we were thin on the ground. I once drove to Lincoln, where they were then living, and spent a memorable sunny summer Saturday getting slowly pissed in crap pubs, talking music, books and films. All memorable days and gigs. They’d once been a trio but by the time I got to know them they were down to two and then Dave Uden did a Reggie Perrin leaving Steve Cammack at the helm. He’s still there now with almost thirty Dieter Müh years under his belt. Tempus Fugit and all that.

Back in the mid 90’s I was soaking up any kind of ‘weird’ music I could get my hands on. I’d just discovered Whitehouse and had a thirst for the noisy and weird stuff that my bank balance took a battering for. One thing led to another, a flier here, a meeting at a gig there and before you could say RRR 10LP Box Set I began to get know the people who made those noises. Happy pre-computer days where letters and jiffy bags came on an almost daily basis and where every night was a night spent playing tapes and discovering new music. A new world.

I took to Dieter Müh because they provided me with a link back to Throbbing Gristle. In another life I’d have pursued my TG likings and met Dieter Müh side on so to speak and not at a crossroads having spent many a year listening to music that I now realise was very much of its time and is best left there. This was all part of ‘The Great Immersion’. A year zero of musical taste when pretty much all that had gone before was consigned to the chazzas and new battle lines were drawn. Which is where Dieter Müh come in.

If you’re in your mid twenties and you don’t have parents that are in to Ritual Industrial Ambient Noise then there’s a every chance you haven’t heard either of these. Both of them are reissues which is OK by me as I don’t have Mutus Liber and this is the first time for The Bjørn Tapes on vinyl too, sumptuous white vinyl at that. Mutus Liber contains work from the early 90’s and was given away as a cassette in 1995 to like minded souls, The Bjørn Tapes originally appeared on Yasutoshi Yoshida’s superb Xerxes label in 1999. Those where my Great Immersion years.

I’m not sure if Ritual Industrial Ambient Noise is actually a ‘thing’ but its the words I’ve been using to describe Dieter Müh’s sound over these last … gulp ... twenty years. Proudly wearing button badges of an obscure nature they took all the dark bits of TG and SPK and made them their own. Heavily electronic with occasional bass and samples they create a music that is sparse, repetitive, ritualistic, disconcerting, certainly Industrial and forever unsettling. As the years went by they refined these qualities but Mutus Liber especially captures them at first flush when they still had that rawness about them. Tracks like ‘Ibrukin’ sound like they were recorded in empty grain silos, the droning and brooding live track ‘Introjection’ [the only track to feature original member Tim Bayes on tape machines] is a low down dirty drone that teeters on the abyss of an overloaded bass guitar. In later years sampled voices became more prominent and were used almost as rhythm but here they linger mainly in background as on 'Introjection' where a school playground is barely audible as the track enters its dying stages. Fast forward a few years and we find The Bjørn Tapes and  Dieter Müh live in Nottingham where their sound has already become sparser, more ritualistic, more subterranean - if it could be such a thing. The highlight here is the side long ‘Aghor’, a transmission from somewhere deep within a Cold War bunker where information is given out over small wall mounted speakers as the echoes of small electronic machines bounce off the concrete walls. A bass riff of P-Orridge like proportions tries to escape these confines all while trying to carry you off to an uninviting, lonely, dark place where empty rooms contain broken wooden chairs and the evidence of torture. On the flip we have ‘Low Feed’ and a dense vortex of distorted military comms and Herma. All grist to my fevered mill.

Everybody now, those were the days my friend ...