Vibracathedral Orchestra Meets The A64 and Junction 26 of the M62. 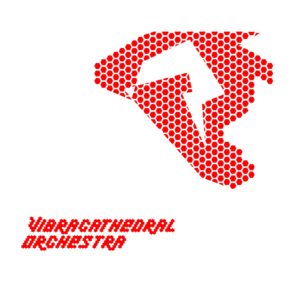 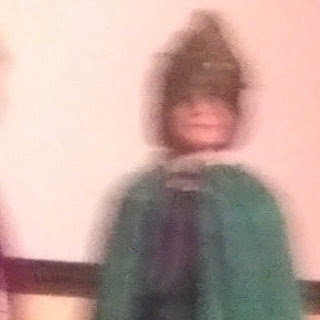 
While driving I tend not to listen to my own choice of music preferring instead the comfort of the spoken word of R4 or the classic hit of R3 [as long as there no howling Brunhilde going at it] and if that doesn’t work there’s always the off switch and recurring thoughts about how the majority of people who drive high powered German cars are almost without exception absolute tossers. Daytime R2 is only there for the traffic news, R1 I never visit due to it being incomprehensible to me and local radio is the lunatic asylum full of moronic chatter about sports teams you don’t care for and Doris from Shelf complaining about her bins not being emptied.

A couple of years ago I hit heavy traffic on the M62 while driving to Manchester airport and turned on R2 only to discover that Steve Wright in the Afternoon, a man for whom the word ‘annoying’ had been invented had been playing Edgar Winter’s synth funk prog monster ‘Frankenstein’. I caught about the last minute of it and wondered if we’d driven though some kind of black hole over Saddleworth Moor. As I looked at the slowly moving traffic and the sodden bleak moors around me I thought to myself Steve Wright is playing Edgar Winter. Steve Shite in the Afternoon is player Edgar Winter and I’m in danger of missing a flight. Annoying Steve Shite in the Afternoon is playing Edgar synth slung around his neck Winter? Life is full of surprises.

On Friday afternoon I dropped Mrs Fisher off in York and having the drive back on my own and not wanting to listen to Steve Wright in the Afternoon just on the off chance that he might play a ten minute prog epic I took the above two discs. I know, I know but I was in the mood and felt that I’d been neglecting the review pile of late. So I thought throw caution to the wind and blast some Vibracathedral Orchestra on the return journey and to hell with Edgar Winter and the afternoon play on R4. Listening to drone at a high volume while in the car on your lonesome can be an exhilarating experience and its one I don’t often get the chance to experience. So why not. At this point you have to bear in mind that I don’t drive a Bentley equipped with a NAIM audio system. I drive a small hatchback with a whatever it is audio system that doesn’t sound too bad but is never going to overcome the road noise generated by a 1.2 liter car doing 70mph on bog standard tyres and springs. Then you have to factor in that I’ve been having a bit of ear trouble. The left ear to be precise. I’m not sure whats causing it but after having poured various chemist bought unctions down it it has cleared up somewhat but I’m still suffering from random deafness. It come and goes and I’m hoping its one of those things that goes away on its own me not wanting to burden an already burden NHS with a ‘oh I’m having a bit of a problem with this ear here and can you stick your torch down it and see if you can see anything’ complaint.

Ten seconds after dropping Mrs Fisher off at York University Exhibition Centre I stuck in the Vibracathedral Orchestra disc and let it rip all the way back home. Ten seconds after inserting the disc my ear went all funny again. Then I hit the A64 and put my foot down. All this while blasting Vibracathedral Orchestra as loud as I could stand it. I reckoned that I could take this volume all the way home which I’m proud to say I did. A journey of about forty miles that I concluded before the fifty minutes of this disc had elapsed. And then I got to wondering how long I’d been listening to Vibracathedral Orchestra and reckoned it must be twenty years now. Can they have been going that long? I may even have been at their very first gig which was in a gallery space in Leeds where Smell & Quim played one of their worst ever gigs. Once upon a time you couldn’t go to a gig in Leeds without Vibracathedral turning up. Noise gigs, drone gigs they’d usually be half a dozen of them leant on the bar with their equipment round their feet, toy pianos, electronic gubbins, drums and shaking things, electric guitars and fiddles. All of them looking for a gap in the bill or a no-show and off they go sawing and fiddling and banging and crashing and moaning and shouting like people possessed. Its quite a sight. And sound.

By now I’d passed York Racecourse and my ears were starting to buzz. The left one at a slightly lower hertz tone. What happens to Vibracathedral Orchestra at 70mph on a busy road with the sun hitting you in the face on a Friday afternoon is that any nuance is replaced by a piercing whistling noise. Listening back at home under normal circumstances I realized that this was in fact a treble recorder [or some such similar instrument of torture] being played as if by a drunken busker on the Edinburgh Mile. Its not all like that of course. There’s a moment on the first track that sounds like a police siren  and someone clapping two halves of an empty coconut together but then again this might have been the conditions under which I was listening. Which caused me a moments worry but no fear.

‘Squeezes The Lids Through Coming Windows’ is a two track album, ‘Squeezing The Lids’ on one side and ‘Through Coming Window’ on the other’. Its an LP but I have a burn thanks to Campbell who knows I like to be kept abreast of such things. The first track, depending on your mode of listening, is the grittier one, the one that sounds like Vibracathedral Orchestra at the back end of the night when they’ve had too much beer and its all falling apart. In a good way of course. I’m pretty certain its a live track too and if not live then live to tape. The second track hits the tarmac running and soon comes together with various bits of Eno-esque synth droning and those coconuts halves. This is where they find their ecstatic groove. The groove that cant be written down or taught or noted. That groove is a joyous thing full of moans and groans and bashing and twanging and electronics that squiggle and blurt swirl all of it coming together and lifting and falling. I guess you just have to listen to it yourself. Or go see them. They’re still kicking round.

Meanwhile, back at the the ranch, I took in the Campbell disc under conditions that I’d consider more suitable to audio pleasure. Though I did once spend a week in Corsica with the glovebox of the hire car stuffed with Astral Social Club discs and used them as aural calm while the locals did their best to run me off their mountainous roads. Where Astral Social Club ends and Neil Campbell begins is something you’ll have to ask the man himself though because I have no idea. I find that his work under his own name is much more freeform, less beat orientated, more organic, more open to experimentation. Take ‘Rainbow Vespers’ in which Campbell transforms loops of some rock drumming and a grungy arm swung electric guitar chord into a rolling mass of turmoil that eventually opens out into something far more beatific. A rolling wave of crashing drums and a never ending guitar chord thats forever dissolving into something else until ultimately it becomes a gently plucked acoustic guitar that drops off the edge of a ledge with a silent plop. The flip has more in common with Terry Riley Poppy Nogood era than sampled rock riffs and after one of those synapse bursting starts where a tin plate is hit with a spoon and a table full of electronics explodes into firework like bursts, there’s piano and hand drums and a thing that goes TWANG before it all opens up into droney bliss land and oh well you know delight and all that.