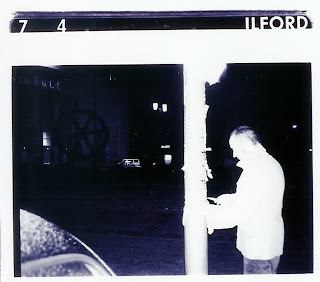 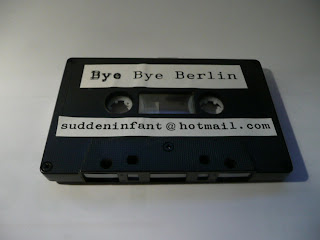 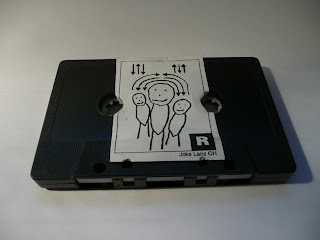 When Joke Lanz left Berlin for Switzerland in the late 90’s he left behind Bye Bye Berlin as a leaving present.

Remarkably it seems to have disappeared from the records. No mention of it in Discogs or even the official Sudden Infant website. But here its, ninety minutes of found sounds, noise bursts, spastic utterances, sped up punk records, reversed tape, turntable abuse, schlager music, Nintendo noises, African drumming ... for the found sounds Joke Lanz spent a night wandering around Berlin with his tape recorder, at one time fixing it to a lamp post to capture whatever came past: footsteps, children playing, train stations, birds, beer bottles, whistling and someone shouting what sounds like ‘rape’ in a rather menacing fashion. Its all prime Sudden Infant material in other words but some years before an official SI release would ever appear. A full 90 minutes of it too.

I’ve been in touch with Joke and he’s happy for me to post this. He just about remembers releasing it and says it came in a plastic bag [which I don’t have] but apart from that and the fact that it was recorded all in one night details are few.

* schlager = ersatz pop music popular in Germany and many other European countries but not Britain.
Posted by Idwal Fisher at 8:26 pm