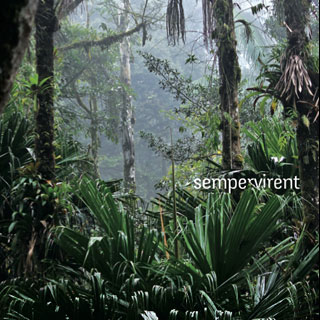 
Having not seen a cloud for a week it was a bit of a disappointment to land at Manchester Airport to find that every raincloud in the northern hemisphere had decided to have an outing in the north of England. Driving home in torrential rain over Saddleworth Moor, in an old car, with damp points, at a speed the Victorians would have considered cautious soon had me wondering if I’d hallucinated the 35C heat I’d felt on my skin only a few hours previously.

For our yearly trip to the sunny isle I took with me, for the benefit of my edification, Simon Reynold’s new book ‘Retromania’ and the recent translation of Gunter Grass’s ‘The Tin Drum’ [a book I’d read in my teens and one I’ve been wanting to revisit for a while now]. The recent R4 adaptation of James Joyce’s Ulysses was on the ipod as was Robert Wyatt’s 1997 release ‘Shleep’ an album I’ve been curiously drawn to of late. Has luck would have it appeared in one of those most serendipitous moments courtesy of the shuffle function whilst crossing the waters from Corfu to Paxos all tired and warm and undulating and with a great feeling of knowing that in the not too distant future I‘d be sat outside a welcoming taverna with a well chilled liter of wine to go at.

At home the week previous the idea struck me that it would be a good idea to take some Gruenrekorder along with me. The long, listless afternoons are perfect for soaking up field recording vibes and so it proved. My only problem was that without a serious pair of noise cancelation headphones I discovered that the outside world found a way of creeping in on my own preferred Gruenrekorder one. With these outside sounds consisting of nothing more than cicadas and the odd passing vehicle it wasn’t as if I was competing with a radio pumping rebetika and a neighbor blaring eurotrash through a bust up stereo.

Cicadas are all over Rodolphe Alexis’s ‘Sempervirent’, at least they sound like cicadas. After spending what must have been two uncomfortable months with a quadraphonic parabolic recorder in the heart of the Costa Rican jungle Rodolphie returned to appear with 55 minutes worth here and an installation called ‘Dry, Wet, Evergreen’ which I think showed in France earlier this year. Consisting of a series of ‘sequence shots’, where Alexis edits his quad recordings down to stereo [and on track five mixes in some amphibian sounds with the aid of a hydrophone] Sempervirent proves to be an extraordinary listen. Even whilst indulging on I-suppose-it’ll-have-to-do MP3 the vibrant sounds of the indigenous wildlife burst into my shell-likes with an ability to transport me from the dusty olive groves of Paxos to the lush interiors of the Costa Rican jungle. Everything from birds, to monkeys to frogs and insects are captured, as are Alexi’s own footsteps and the sound of rain hitting a tin roof from where he shelters. Perhaps most remarkable of all is the sound of the mantled howler monkey declaring his presence to a new day with naught but a barely discernible hum of insects and the slowly awakening chatter of birds for company - a sound that goes to show that nature can delight the ears as much as any man-made sound - all this on track three, the longest on offer at 11 minutes and one that ends with a terrific thunderstorm. Listening to this through state of the art reproduction equipment must be an even more remarkable experience [just don’t ask me to go and hear all this first hand, I like my comfort too much].

Works like ‘Sempervirent’ [meaning verdant] not only show how diverse a wildlife we have in such places they act as markers for the future. With natural habitat disappearing at ever faster rates it’d be interesting to compare a recording made ten years hence with what Alexis has recorded here. Besides being incredible listening experience Sempervirent exists as hard evidence for naturalists and eco campaigners alike.

Field recordings made in jungles aren’t anything new of course, Gruenrekorder have further examples in their catalogue [and David Tudor even went so far as to create his own] but none on Autumn Leaves another release that tumbled in and out of my consciousness over a long hot week. Or maybe there was? I have to admit to having the odd nod whilst listening to these 33 tracks and three plus hours worth of sounds but what I heard I enjoyed -  as I did the last Gruenrekorder comp that came this way [Playing With Words].


Here I reacquainted myself with Aki Onda, a Japanese artist resident in New York whose cassette recordings of the city form the basis of his ongoing ‘Cassette Memories’ project. I saw him last year at Colour Out Of Space in Brighton, one of the few highlights of the weekend - lots of bird sounds emerging from traffic, buskers, passing radios, something that John Levack Drever mirrors with his ‘Phonographies of Glasgow’.  There’s a ten minute interview with Chris Watson and some amazing sounds from Finland where pebbles are thrown across a frozen lake. John Wynne’s track ‘Someone Else Has Died’ contains reminiscences of drug addicts matched to floating like synth sounds, a short work [an edit] that sounds remarkably similar in structure to the Delia Derbyshire/Barry Bermagne’s ‘Dream’ project for the BBC. Ethnography and field recordings sit comfortably over of aural entertainment and its all free. A perfect gateway to Gruenrekorder land.