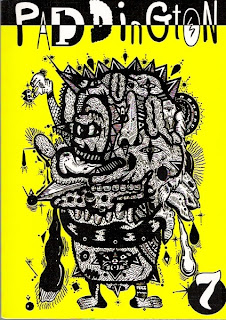 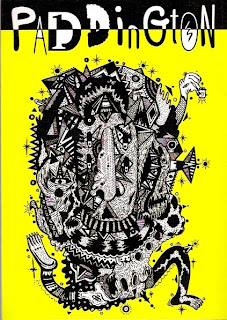 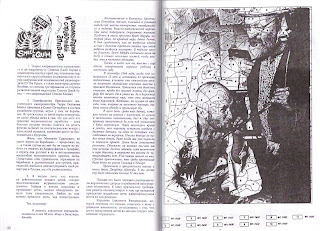 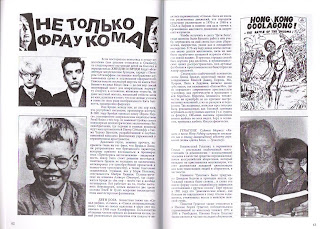 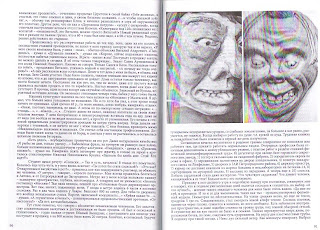 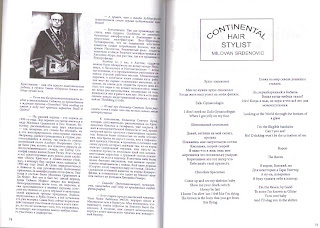 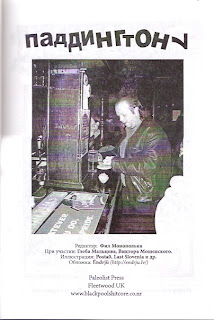 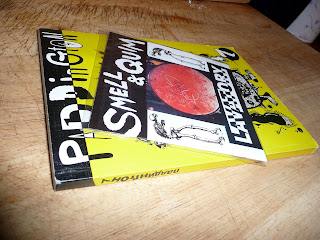 
Its been quite a few years since Phil Wolotkin graced these shores. Under his Monopolka moniker the St Petersburg resident treated us to a number of tours during which he stripped to his undergarments, donned a rubber duck mask and thraped merrily away at a toy guitar aided by a bank of noise gadgets. A performance not entirely dissimilar to that of a lunatic having an epileptic fit in a Toys R Us. He’s still talked of fondly in noise circles and tales abound of him kipping in bushes during one tour and complaining loudly about the price of cigarettes, the price of which, after first purchasing a packet in the UK, he thought to be some kind of sadistic joke. I saw him play in Leeds a couple of times and most memorably at the second No Trend Fest in London [the one that sank] a shambolic gig that paradoxically led to some superb solo performances.

Back in Russia he now publishes Paddington a Russian language magazine the latest issue of which is devoted almost entirely to Milovan Srdenovic, Smell & Quim and Wolotkin's love of the English west coast and the denizens of Blackpool. Unfortunately for me and for non Russian reading Smell & Quim fans this means that you either have to sit with a Russian dictionary and translate or just look at the pictures. Some of the articles have been taken verbatim from the Smell & Quim website so all is not lost but its still worth having as a document just so that you have a decent collection of Smell & Quim ephemera all in one place. And there’s Lavatory of course, which if you haven’t got yet, makes this an essential purchase.

Worth getting for the picture of Steven Fricker on the inside cover. Fricker has played live with S&Q and continues to remain the forgotten man of the UK noise scene. Said picture shows Fricker stood at a bar, his most natural habitat.


Apparently very few copies of this magazine have made it to these shores but I'm sure an email in Russia's direction can change all that.

Hey! I took that picture of Fricker - do I get a credit??

Hi Phil - what is your E mail and I'll let you know my address??
Steve.