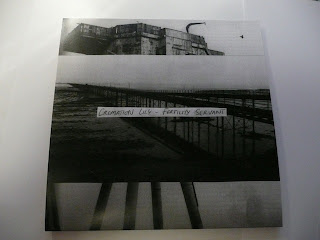 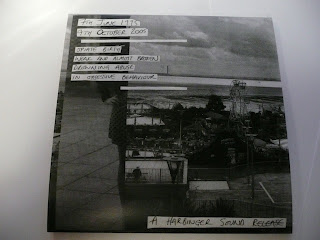 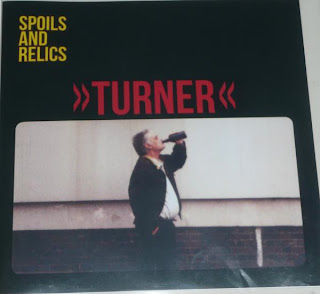 
The first time I visited Nottingham’s Chameleon Club was after seeing Wolf Eyes and Putrefier play across town. Word got out that there was going to be some kind of late night jam session there with members of Smegma, Heather Leigh Murray and Dave Keenan joining in for one big wig out. You climbed what seemed to be about fifty steep stairs and got a drink and then went up another three hundred tight stairs before you got to somebody's old sitting room that had a huge PA system and mantlepieces on which to rest your drinks. Jase Williams was there and banged his head on one of the low beams smashing his spectacles so badly that he had to tape them to his head so as to be able to see. He was drinking whisky out of a pint glass and was as pissed as a rat. He wasn't on his own. I remember looking out of the window and seeing the Nottingham nightlife wander about zombie-like fashion below. The last time I was there was March 2012 for the three night Rammel Weekender. On a more sober return I realised how well run the place actually was and how friendly the staff were, often making cups of tea and coffee for those less inclined to hard drink and serving up veggie food at ultra cheap rates. The PA was still the best in town and I even got to DJ, playing some crap old chazza records at a spot just below a short flight of steps on a flexible wooden floor that meant every time some over enthusiastic punter jumped down them so did the record I was playing.

For some inexplicable reason this small oasis of sanity smack in the middle of Nottingham’s city centre is shutting its doors for good.  What effect it will have on those more closely associated to the place is obvious, the impact it will have on the local experimental music scene doesn't bear thinking about. Even though I only went there a couple of times I find I have some valued memories.


At least we have ‘Turner’ to spin as we lick our wounds. Released as a tribute to the Chameleons long serving owner Nick Turner it says in one run off groove ‘dedicated to Nick Turner’ and in the other ‘he looks like a young Burt Reynolds’. According to the sleeve he looks more like Charles Bukowski chugging down a bottle of beer. As a nod of appreciation this is subtle and heartwarming.

On Turner we find Spoils and Relics being as wondrous and entertaining as ever, small clockwork toys make their way around the bottom of a mop bucket, destroyed walki-talkie's blare, there's clinking, muffled sounds, wire brush abuse and is that the sound of the Chameleon staff rounding up 4am stragglers before preparing to fight it out for a taxi with the whats left of Saturday nights revelers? Well yes I do believe it is.

I should have been at the Chameleon in March to see Nottingham's finest the Sleaford Mods bat it out with Consumer Electronics and Cremation Lily. I had a brand new hire car at my disposal with heated seats, heated steering wheel, sat nav, all the buttons that my knackered limo didn’t have. I could have traveled down in style and arrived pampered and ready for action but as has been usually the case this year some fetid fever decided to invade my weakened frame rendering me fit for naught else but a Lemsip and a sweaty night in the Poang.


I did see Cremation Lily last year at the Wharf Chambers, a performance of ritualistic Power Electronics that included the wetting of what looked like ashes that were then smeared around face, arms and bare chested body. As ever with Power Electronics I’m reminded of the noise genre that dare not speak its name, a shame for whilst Power Electronics may have been hijacked by every screwball doing the rounds it does turn out the occasional gem. And with that be-blacked body Cremation Lily did indeed turn out to be a gem.

Up until now Cremation Lily releases have appeared on ultra limited edition handmade cassettes with black and white montaged photography as cover art. As a way of building an audience and forging a definite image its something I applaud and encourage.

On this first outing on to vinyl the cover shows a dour Southend on Sea photographed and reproduced in such a way at to make it look about as appealing as an Azerbaijani oil field. Its the misinterpretation that appeals. Where once went charred corpses, gratuitous sex scenes and mutilated genitals we now have a south coast holiday resort masquerading as 1940's Russian front line and it works perfectly. In the run off groove it says ‘the future is bright’ adding further to the mystique. So far so good and then you play it … two sides of destroyed and deliberately incoherent vocals attempting to emerge from beneath an almighty onrush of clubbed to death noise. A man fighting to be heard in a tempest. Whats not to like?

Four tracks are credited as are the dates 7th June 1995 and 9th October 2005. Only two tracks can be seen and heard and what those dates mean I have no idea. Further intrigue.

Cremation Lily are a relatively new act within Power Electronic circles and remain an enigmatic force. Those limited edition cassettes disappear fast as will this single. There's no website or contact for Cremation Lily as far as I can see but for those whose interest has been piqued there's always the Strange Rules website.


Harbinger Sound seven inchers don’t so much get released as thrown out at closing time. Turner was only made available over the bar at the Chameleon, both have probably all but disappeared.