The Big Clear Out. 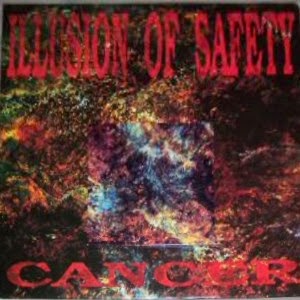 Some of you may be wondering why I’m reviewing a 22 year old Tesco release when the review pile is but an arms length away looking at me like a sorry eyed Bassett hound that hasn’t had its daily walk yet?

Truth is I started having a clear out which turned in to a massacre. At first it was a few books. Those that line the stairs and become uncontrollably large, looming over your head as you walk past them looking as if they’re going to tumble down on you at six in the morning as you fumble down the stairs with a foggy head. I just carried on up the steps and into this room where I type this. Three weeks later and after numerous trips to the tip and Oxfam I have my room back and along with it a certain sense of control that I feared was leaving me for good.

When I’ve finished reviewing an item it goes on a shelf. It sits on the shelf until there’s no more room on the shelf and from there it goes in a box. The box goes on another shelf along with all the other boxes. Various shapes and sizes of boxes; shoe boxes, archive boxes nicked from work, packaging tape boxes. I had lots of boxes. I had lots of cassette tapes too. Some of them I must have thirty years and not played much since the day I got them. Ditto CD’s, LP’s and video cassettes [even though I haven’t had a VCR in the house for about five years I still had a small number of video cassettes]. I had an out of control music collection. Most of which I could locate ... given an hour or two.

Having sat here reviewing for the last 20 odd years I’d amassed a lot of shite and I still had it all. Every last bit of it. And then I discovered the joy of getting rid of it.

I started putting things on eBay and Discogs and was amazed that people in far off foreign lands would give me lots of money for things that I’d forgotten I had. This spurred me on to even greater heights of chucking out-ness. With every item I sold or took to the tip or the chazza my mood lightened. I began to despise the jewel cased CD and joyously snapped them in my hands jettisoning the offending junk into an awaiting Sainsburys bag for life with a big elephant on the front from where it would go to the boot of the car for its final journey. Some I ripped to the hard drive. Those I decided to keep I kept in plastic wallets along with the cover. Its all you need.

All the pre-recorded cassettes I had and all the cassettes I’d ever received that people had taped for me over the years have been donated to a man in Stoke who will recycle them into things of joy. I hope he’s got plenty of room for them.

Then there’s the correspondence. I have every letter and scrap of paper that anyone has ever sent me since the early nineties? Why? I have no idea. Maybe I had some inkling that someone who I’ve corresponded with would become as famous as Andy Warhol and that there missives would be worth thousands. They’re all in the bin now.

Then there’s the photographs. Why have I kept a blurred photograph I took in 1991? Bin.

This cleansing burst began as a seed of thought as me and Mrs Fisher [and mostly Mrs Fisher it has to be said] were handed the task of emptying her mothers house after the death of her father. The pair of them had lived in the same house for 65 years and I don’t think that for one minute of those 65 years they ever threw anything away. Thats not to say that they were suffering from an OCD that prevented them from throwing away yesterdays newspaper [although Mrs Fisher senior was 12 months behind with House & Home] it was just that they had a lifetimes accumulation of stuff. And thats all it was … stuff. And pretty much all that stuff either went to the charity shop or the skip. Which is heartbreaking and sad so utterly pointless.

And I don’t want anyone to have to do that with me, so I’ve started now. With the entire back catalogue of obscure noise labels who shall have to remain nameless. I’ve kept some of it back of course. Watch out for me at the WC next time up. I’m the one with a big cardboard box full of … stuff.

The upshot of all this is that I’ve been having a whale of a time listening to music that I haven’t listened to for years, decades even. I’ve also realised that I don’t care for CD’s very much anymore. When I die I want to leave behind a vinyl archive that somebody would be proud to inherit not boxful's of cassette tapes with tatty covers held on with elastic bands.

I’ve started already. I’ve been using the money I got from those nice people in foreign lands to start buying vinyl once again. Helm, Bernard Parmegiani, Pharoah Sanders. I’m beaming beams of joy as I type this. Things are going to be so much nicer round here.

Which left me wondering what to do with the review pile. I didn’t want to abandon those Basset hounds altogether. I get too much enjoyment from them. But I did feel they were taking over my life somewhat, albeit unnoticed. I thought long and hard and decided that I’d like to incorporate both the old stuff and the new stuff. During the recent clear out I found all the disc files from the paper zine days as well. I’ve been flicking through those and some of it's worth repeating hence the Foxtrot Echo interview that appeared yesterday.

There will be a slow down in the rate at which I review new material but I feel its a price worth paying. I wont say that I’ve become a victim of my own success [however you measure that] but I got the feeling that the review pile, like the paper zines before, were taking over my life and that I was getting into a rut once again. Its not a healthy place to be.

So here we are with early 90’s industrial ambient giants Illusion of Safety and Cancer and a very young Jim O’Rourke in the fold. Its a great release. No, its better than that, its a classic of the style and a release I played to death when I got it. Playing it again as lifted me from my cups. And even though its on CD it comes glued to the front of an LP sized cover so we'll let it off. Its all strawberries and cream from here on in.

I rather hoped you'd be reviewing the new Evil Moisture tapes - More Death and Horror, Vols 1-3. Not an elastic band in sight.