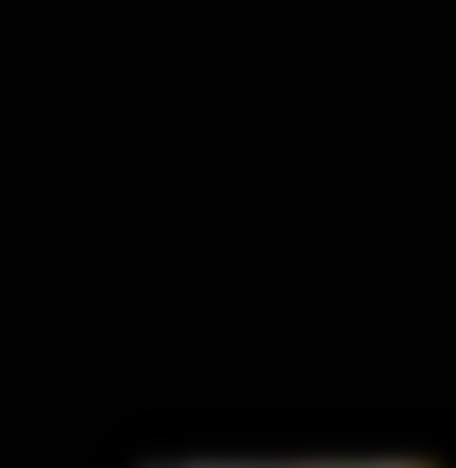 The black square you see above is in fact a small booklet containing a list of locations where Lasse-Marc Riek and Christoph Korn captured a series of 50 field recordings. Dates, times, location and notes such as ‘recorded from a row of bushes’ are dutifully reproduced. More importantly they also note the date and time these recordings were deleted. For these recordings now exist only as words on pages and nothing else. The Roland Barthes quote ‘it cannot be denied that the thing existed’ as reproduced courtesy of Georg Imdahl’s introduction says it all.

Thankfully for the rest of us, and my aching brain, the remaining releases haven’t been deleted.

The most radical of the remaining four comes courtesy of Merzouga’s trawl through the 16,000 wax cylinders as belonging to the Berlin Phonogram Archive. Since the early 20th century  ‘…  trading as well as scientific expeditions were bound to travel with a phonograph and send their recordings to Berlin’. More than a hundred years later the duo of Eva Pöpplein [electronics] and Janko Hanushevsky [prepared electric bass] have taken elements from what I presume is but a small selection of the archive and transformed them into one 38 minute whole.

In his excellent sleeve notes the head of the Berlin Phonogram Archive Albrecht Wiedman asks a pertinent question; ‘Could the archive benefit from such an endeavor?’ But its not until he realises that unlike scientists, who request that the cylinders be digitally restored before embarking on their research, sound artists actually prefer the surface noise and imperfections and wish to incorporate these deficiencies into their own work. It sounds like an epiphany of sorts for Wiedmann who admits that he’s glad he took the opportunity to work with the pair and now listens to the archive from different perspectives.

Merzouga’s skill lies in the way in which they marry their instruments into a world filled with ghostly voices, bird calls, ethnic chanting, and all manner of grime as accumulated in however many of those 16,000 cylinders they worked through.  Pöpplein’s electronic treatments are subtle and deftly placed, a ringing here, a quiet drone there, a fallen saucer lid coming to rest. Hanushevsky’s bass meanwhile goes through all manner of permutations from rubbed edges, to tiny plucks to bowed throbs.

What makes the piece work so well is the tempered nature in which the three elements combine. Never during this 38 minute piece do you get the feeling that one element or another has taken over and bossed the show. At times surface noise is left to run alone, chanting tribesmen are backed by a beautiful paced bass run, ancient ceremonies are backed by chiming bowl rings.

Merzouga have graced these pages before with a similarly approach to a trip down the Mekong river. 52 46 North 13 29 East [the coordinates for the Ethnologisches Museum Dahem where these cylinders are stored] is a far more adventurous undertaking and one with far more startling results. In the final second of this piece there lies the familiar sound of a needle full of fluff leaving its groove. A fitting ending but only a temporary one due to continuous plays.

You’d think that Cathy Lane’s homage to those far flung Scottish islands the Outer Hebrides would be a bleak affair full of uilleann pipes and the pounding of waves onto stout harbour walls. Its anything but. What begins with the warning bleeper of a docking ferry soon unravels into a series of interviews where voices are looped, some being given various ‘treatments’, before being mixed with the sounds of birds, sheep, tweed looms, the ever present winds, the crashing waves and in the last track and most memorably a church service where the congregation sing a mournful psalm to the sound of yet more crashing waves.

Lane’s aim is to heighten awareness of these islands, its culture, its natural history and local history. But it was only during ‘Watch Over Us All’ the strongest track amongst the six here, with its layered plaintive singing and austere sermon that I found myself finally rapt. The Whicker Man loomed large for me albeit in a Calvinist/Presbyterian/Protestant/Catholic/Free Church of Scotland non pagan kind of way.

Mosaïque Mosaic actually begins with a church service. They’re praying to the same God but that straight laced fear of God Scottish hell fire and brimstone service has been replaced by a shoulder swaying, keyboard swirling one where the sermon is delivered twice, once in French and once in English: My God! Mon Dieu!.

These last two releases are pure field recording. Rodolphe Alexis with a walk through the forests of the Lesser Antilles, Gaudaloupe and Dominica and Kubisch and Güther in the Cameroon. Both come to life with a tropical rainstorm where the heavens open and the locals get a taste of God moving his furniture about. In the Cameroon the rain peters out on a tin roof until the cicadas, birds and other insects can be heard once more with Alexis the results are even more Biblical.

Kubisch and Güther’s made a deal with the locals in a I’ll show you mine if you show me yours kind of fashion. With Cameroon being a noisy place by nature [car horns, markets, amplified music etc.] they thought that it might be in the locals interest to hear what went on outside these everyday noises. The locals then took them to places they thought might interest them, hence the church, an abandoned hotel, the river, a national park. The results veer from the chaotic [the church service] to the sublime [the end of that rainstorm] with both sides coming out winners. Holding workshops for the locals Kubisch and Güther soon realised that the locals did indeed take heed of what was going on around them ‘but so far they had not felt any necessity to store these sounds’.

On Morne Diablotins [the name of the highest mountain in Dominica] Rodolphe Alexis takes a walk with recording equipment in hand passing Jaco and Sisserou, the endemic species of parrot, but failing to locate any mountain chicken’s or giant frogs. There’s always a next time. Its his mission to record and observe giving us the purity of the rainforest in all its verdant glory.

And whilst I thought that these recordings weren’t anything out of the ordinary [preferring David Tudor’s electronic take on the rainforest if pushed into a corner for an opinion] they do draw you in. Especially on the longest and most immersive track, the 28 minute ‘A Night in Grand Bay’ where a tropical rain storm, insect chatter and the agitated calls of parrots all joyously mingle.

Bird and insects sounds dominate on all of Morne Diablotins. As they should.

Another solid set of releases from the ever reliable Gruenrekorder.