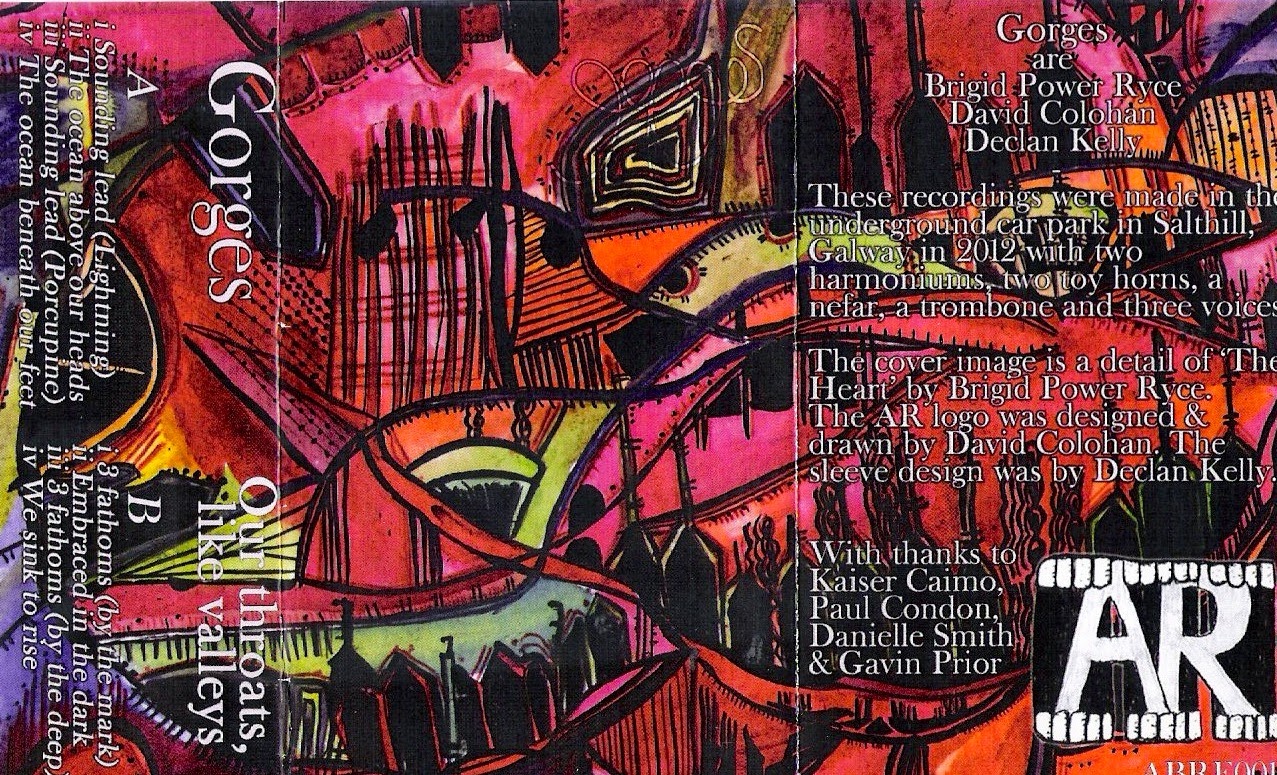 
Setting up your recording equipment in environments conducive to echo is no new thing of course. The recent unearthing of 1984’s ‘Curfew Recordings’ where a bitumen tank 10m tall and 26m wide was utilized by various members of the early English Industrial/Noise scene to create some seriously ritualistic resonant waves sent me scurrying down internet holes to seek out further examples of delightful echoey reverberation. I found Pauline Oliveros who with her Deep Listening Band one day descended 14 foot underground to an enormous disused water cistern in Washington State to record the seminal album Deep Listening. Fellow band member Stuart Dempster returned to the same space with several fellow explorers to recorded massed drones using trombones. I dare say you could fill many a page with saxophone players who have utilized the insides of churches backed by the Hillard Ensemble alone but its the urban, concrete and steel environments that I find more rewarding.

Not for our intrepid heroes the welcoming sight of a medieval church and the smile of an obliging cleric or a professional sound recording crew, Oliveros and her gang had to wade through the muck that was left in that cistern, the Curfew crew recorded in the middle of the night, surreptitiously so as to avoid arrest, all the while slowly sinking in to the bitumen residue. Gorges stick to this ethos by recording in a disused underground car park in Galway Ireland. Three of them, equipped with various instruments including two harmoniums, two toy horns, a trombone, a nefar [an African horn I think] and their own voices.

Our Throats Like Valley’s is, as you would expect from something recorded in a dank, candle lit, disused car park within spitting distance of the west coast of Ireland, seriously dark, droney and moody. The sounds reflect the space it was recorded in perfectly. I’m assuming all these eight tracks are improvised too [the download actually works better here as the tracks are reduced to side A and B thus making the track titles redundant]. Moving from ghostly moans to all out trombone abuse, the mood shifts from folky moans to to Pharoah Sanders-esque drones with suitable ease and if the noisy stuff drowns out the reverberations somewhat, who am I to complain?

All this highlights what is beginning to look like a developing Irish ‘scene’ - a disused underground car park in Galway may find itself at the center of it all. Gigs have been played here despite the darkness and, I’m assuming, the overall unwelcoming nature of the place, with punters stumbling around in the dark following candles as markers whilst trying not to step in puddles of sea water. A compendium of works recorded here exist through ‘I’m in the Abyss’, a primer of sorts highlighting the ways different artists treat the space and how the space responds to folk music, sheet metal bashing and bells being thrown around [amongst other things]. Somewhere in that lot I heard a violin sawing that's was as near to a Steve Reich piece as its possible to get without being Steve Reich. I wonder if Reich ever performs in car parks? Perhaps not.

All of this coincides with Bang The Bore’s up and coming Twelve Tapes project at Bristol's Arnolfini; a composition for 24 car parks, a sine wave, twelve C60 cassettes and any number of performers.

Car parks, its where its all happening.