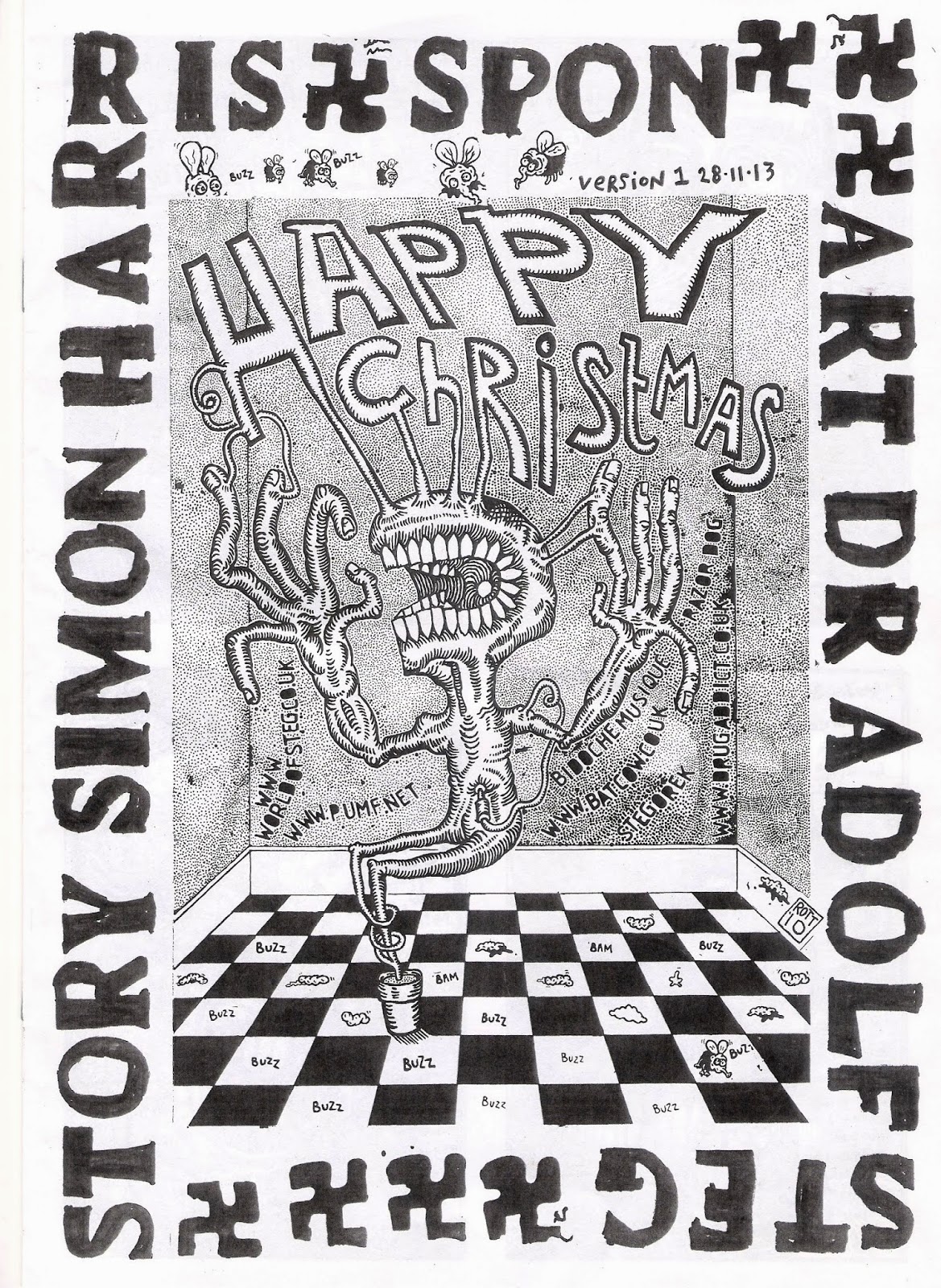 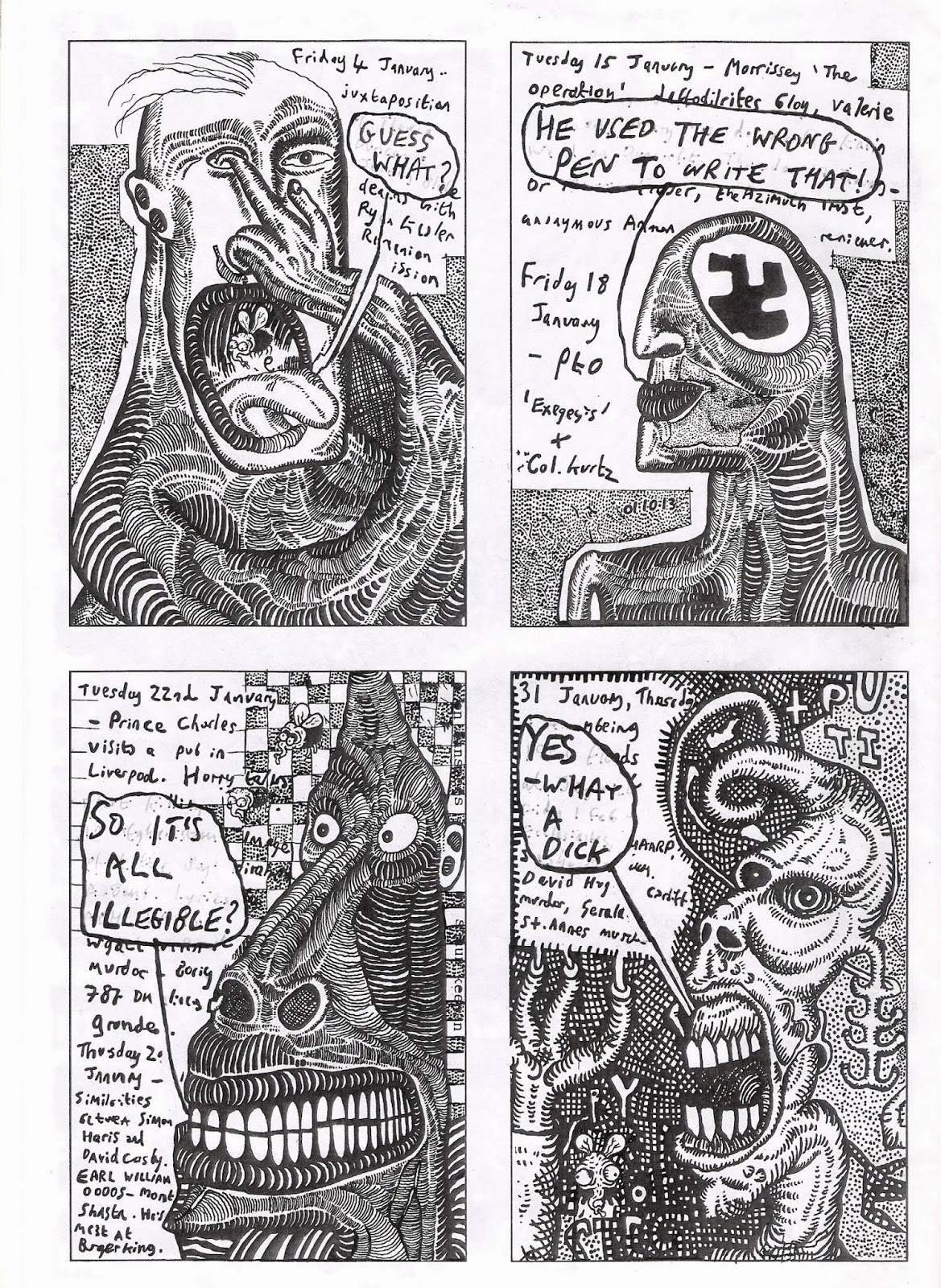 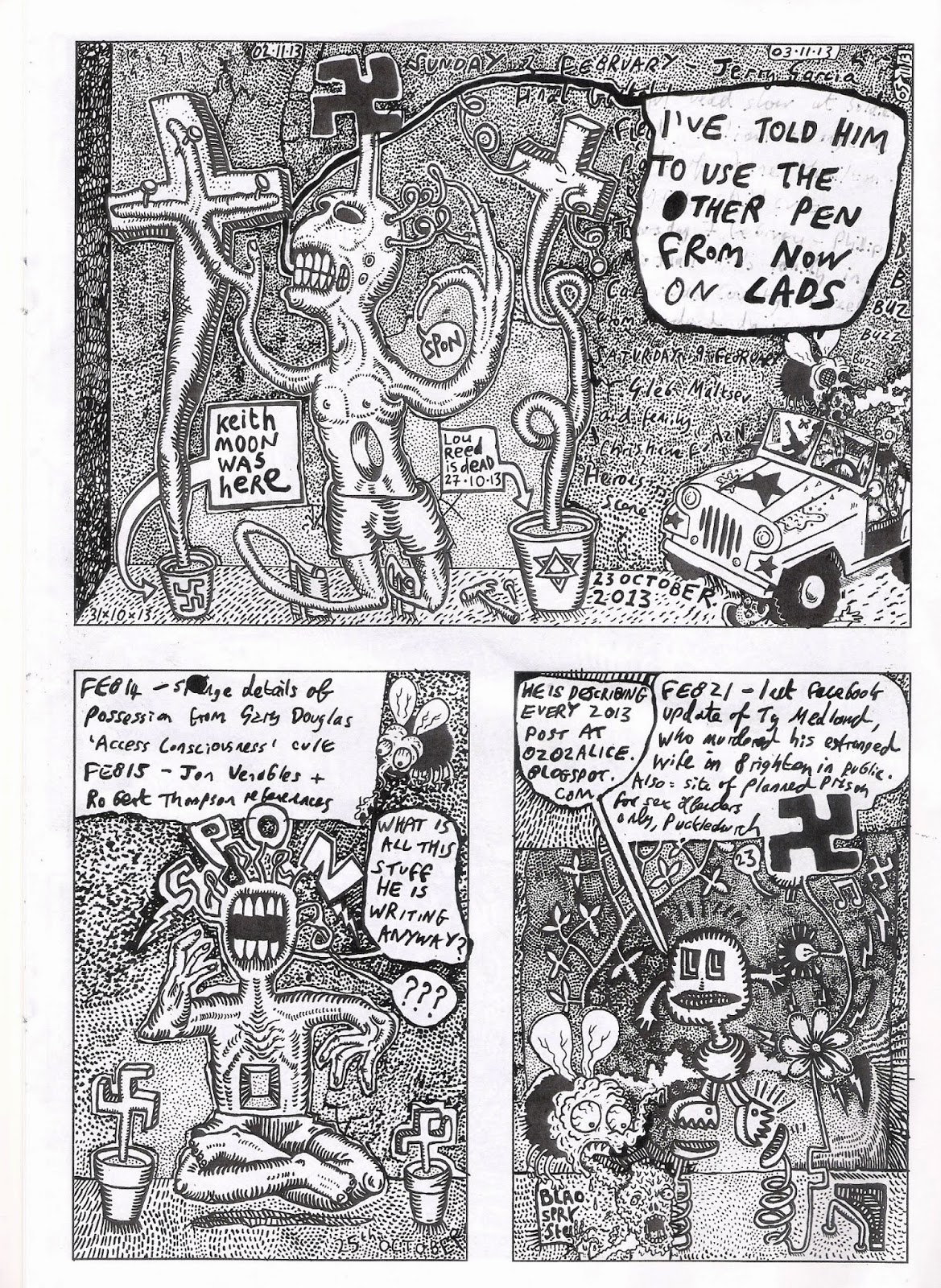 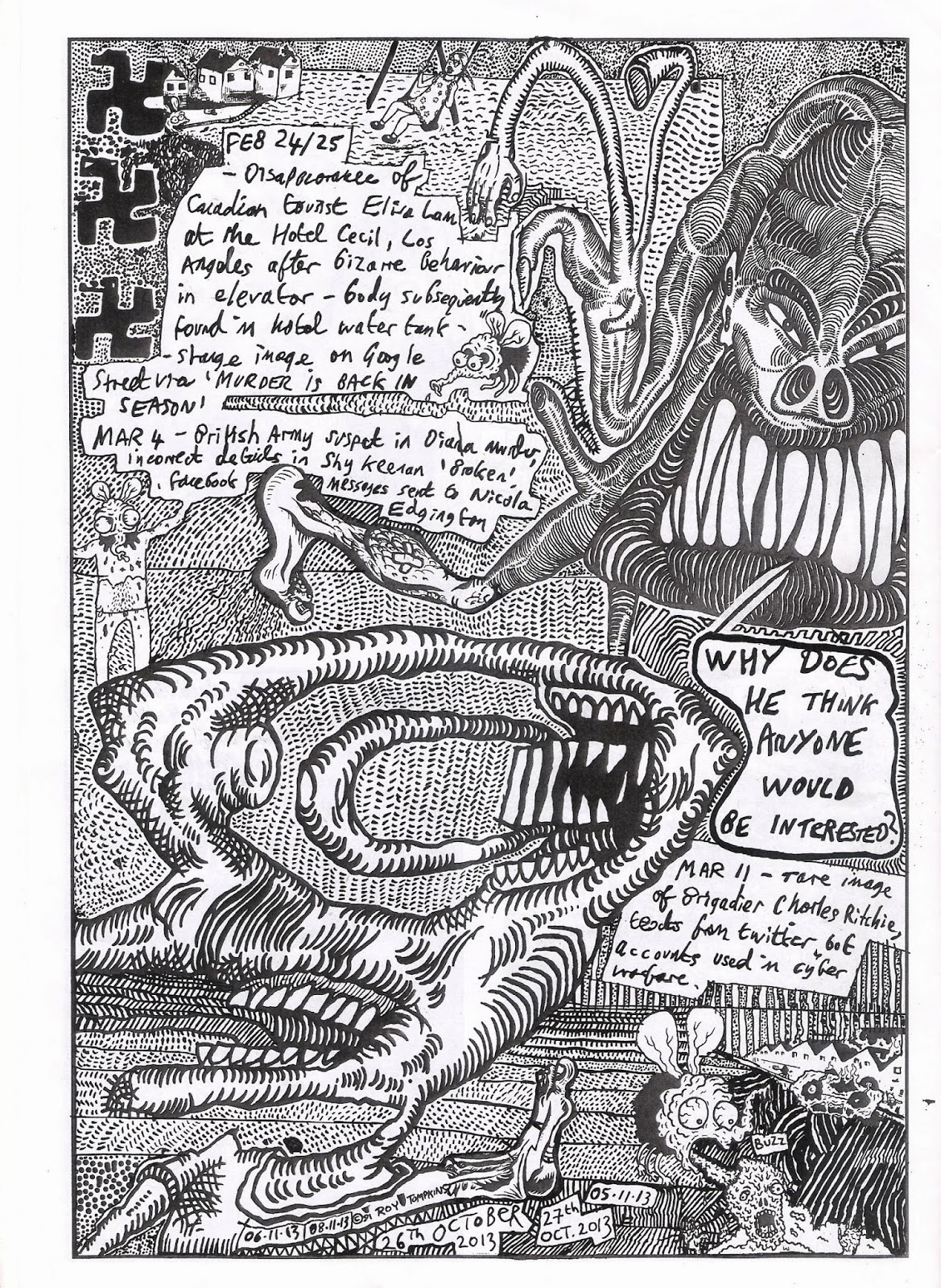 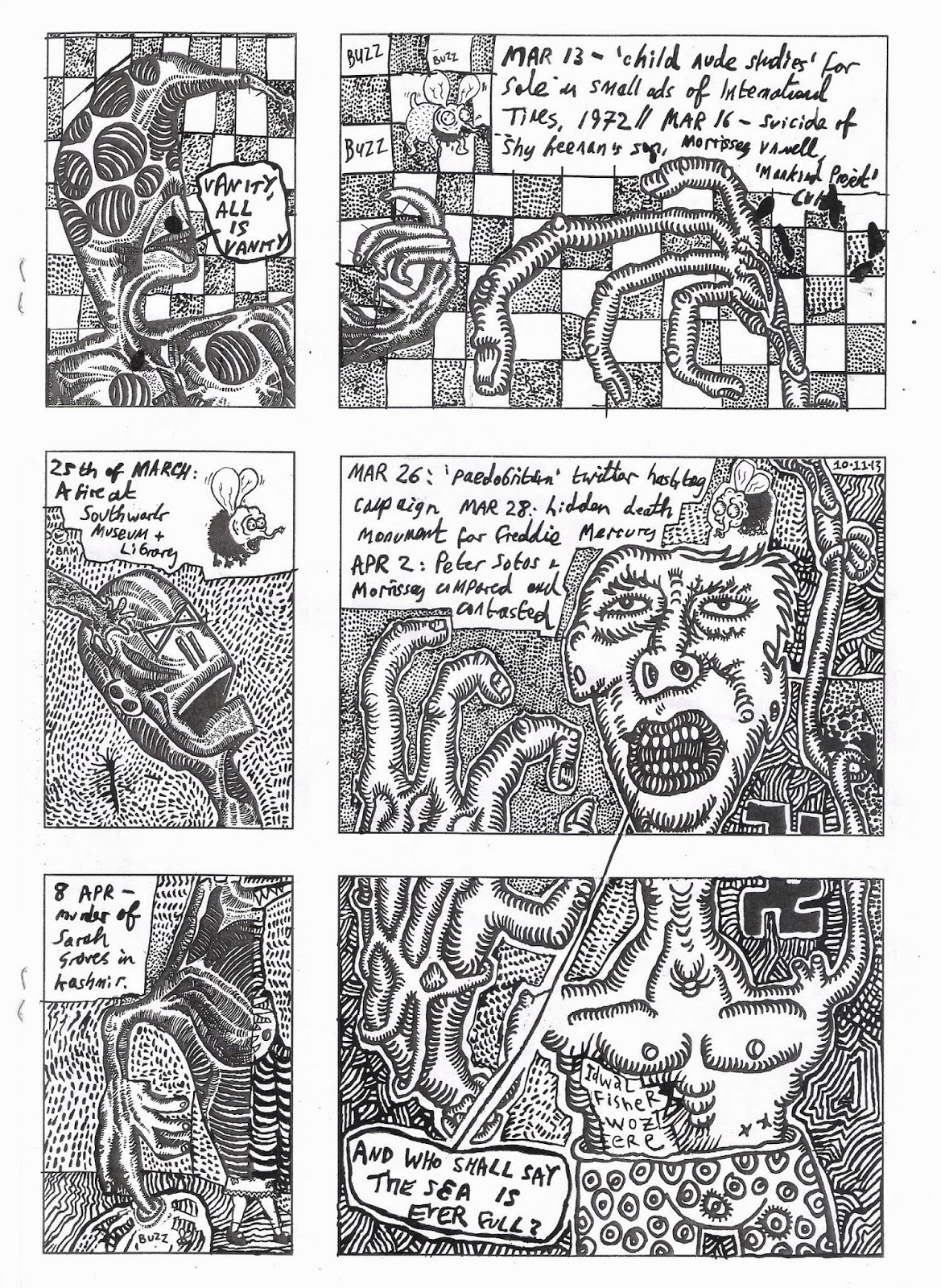 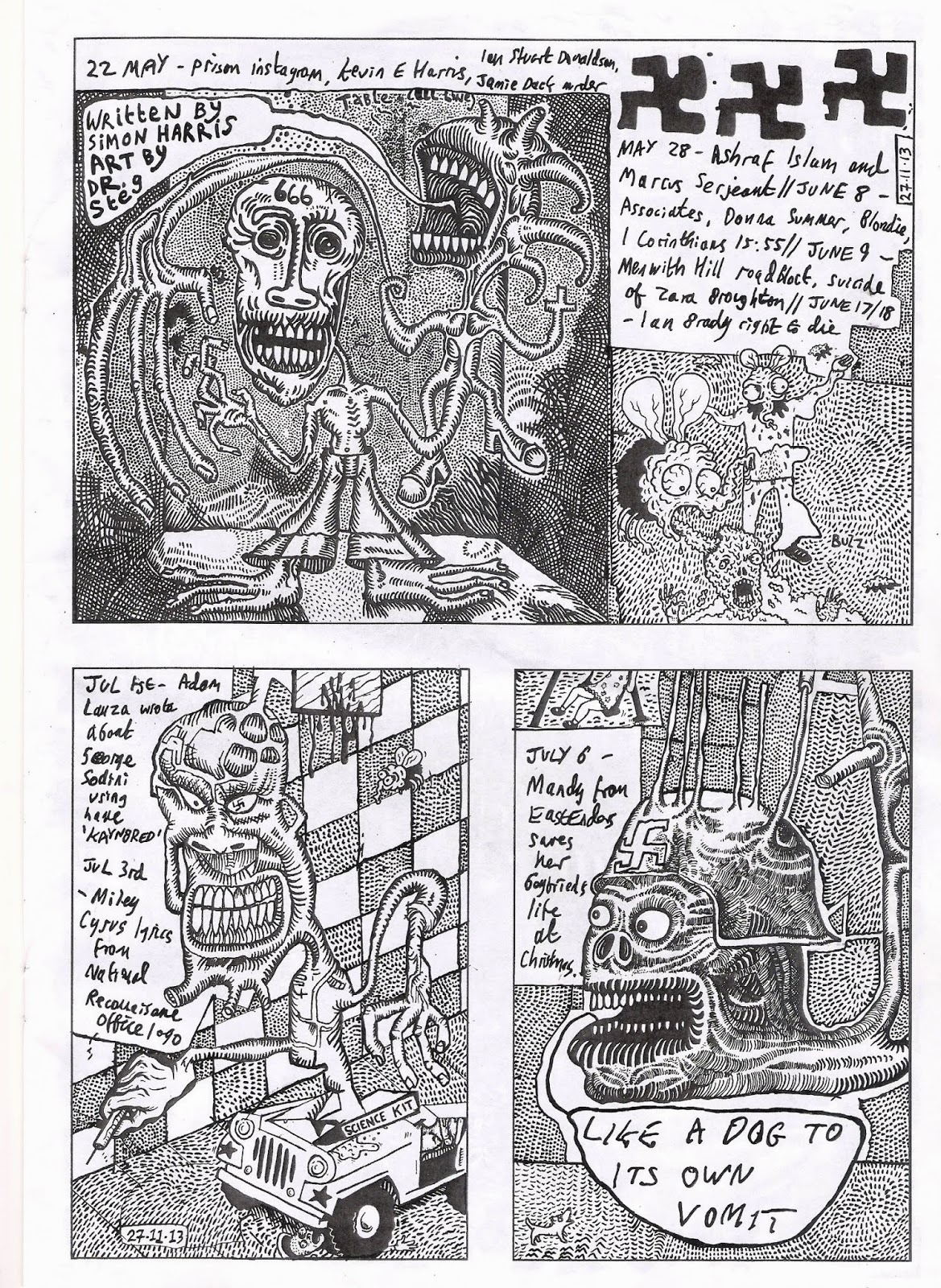 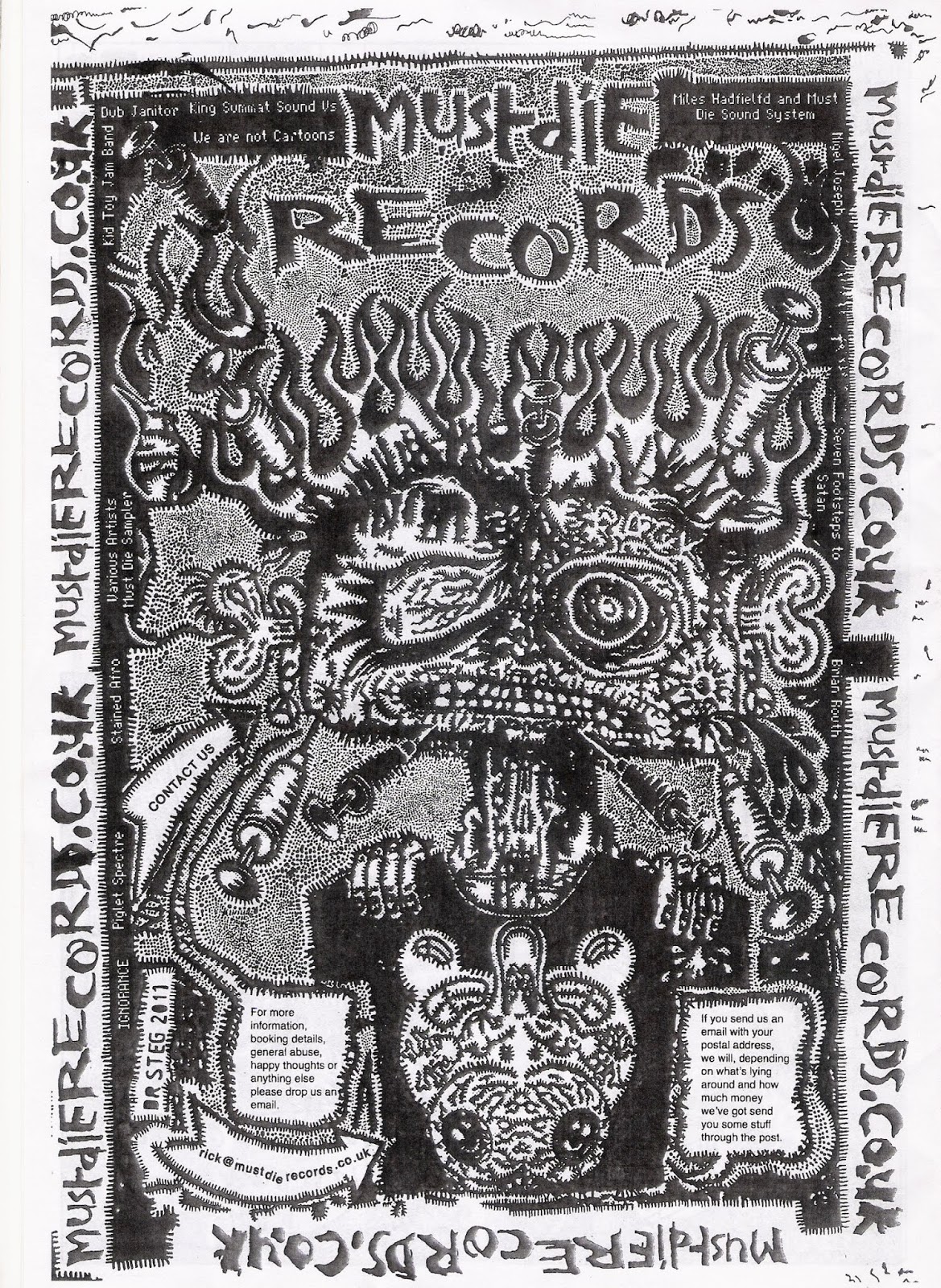 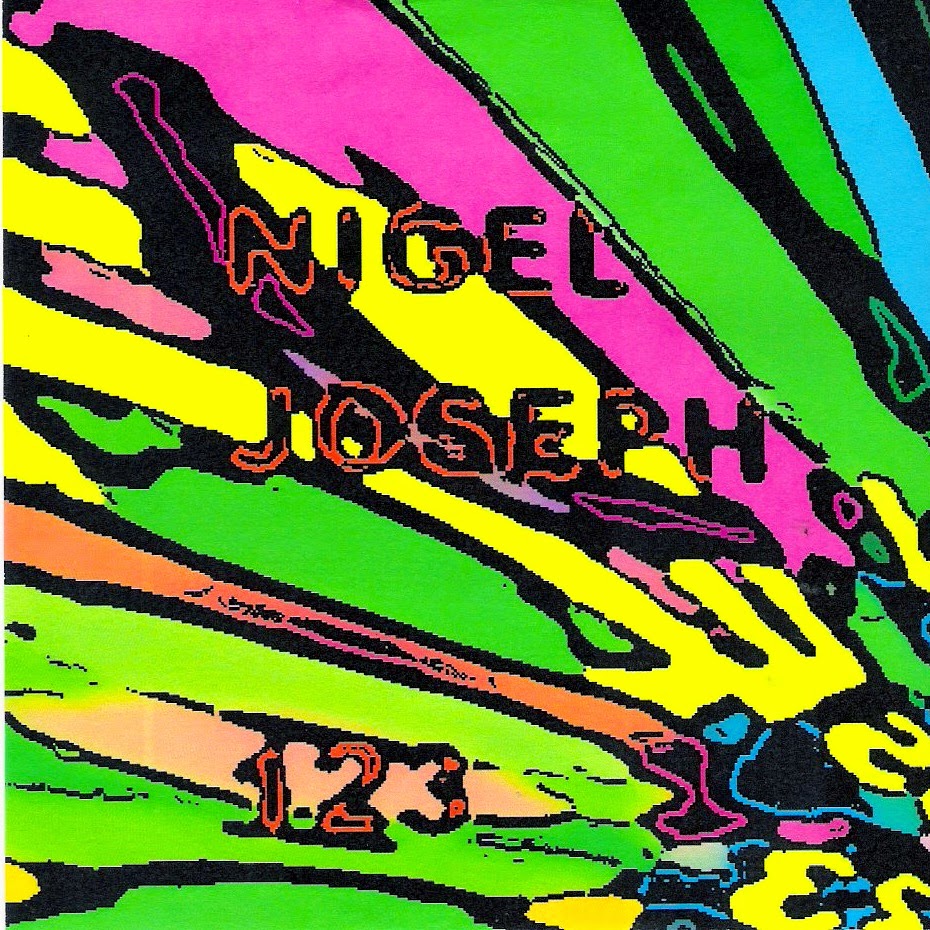 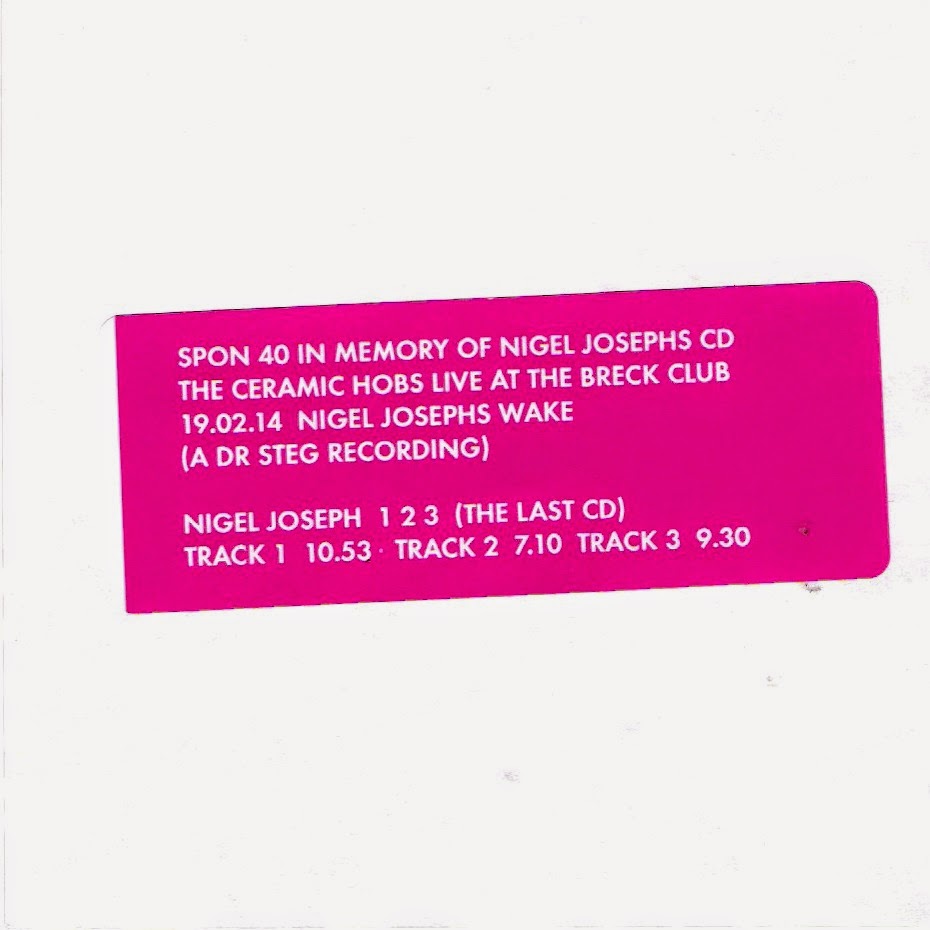 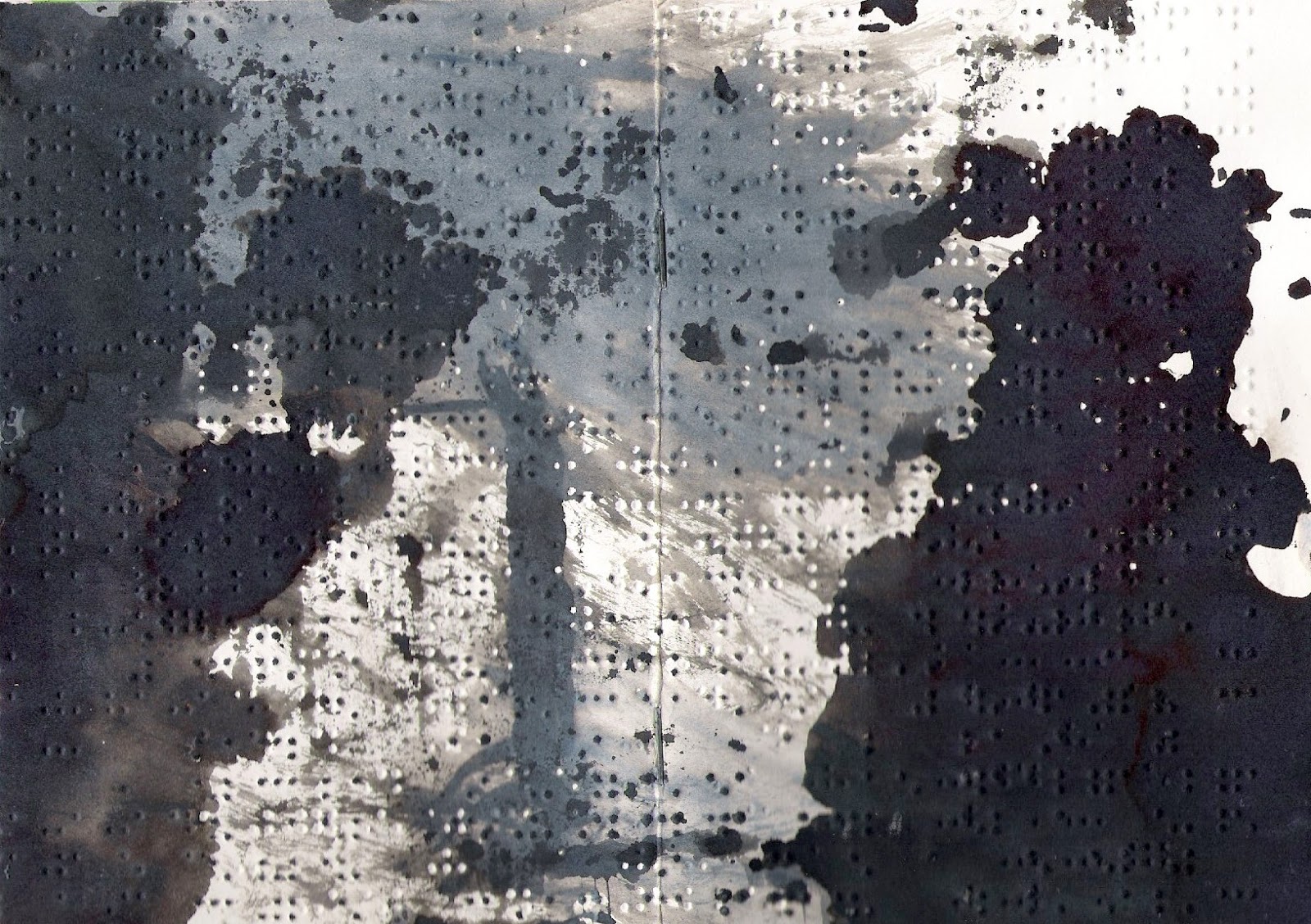 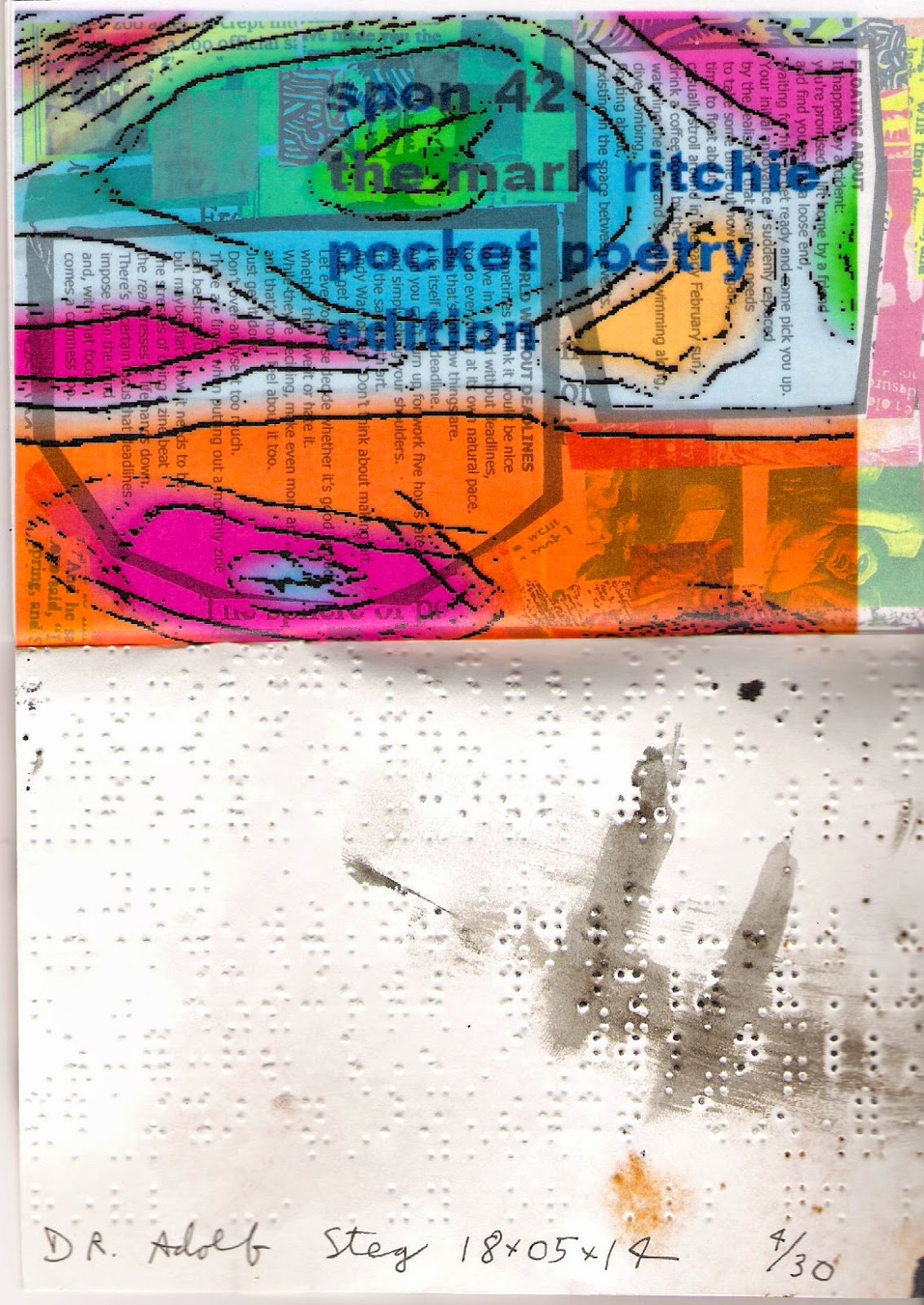 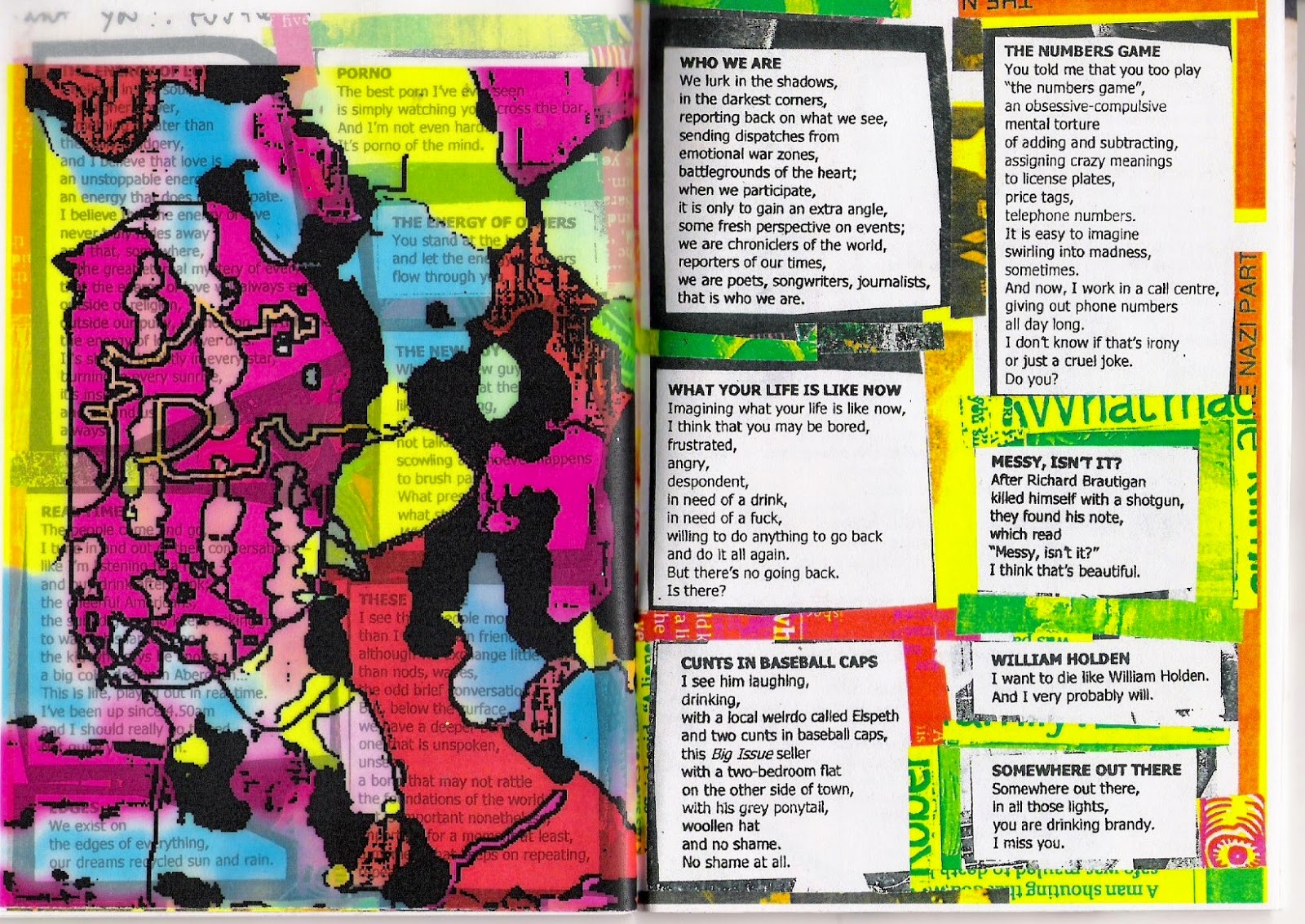 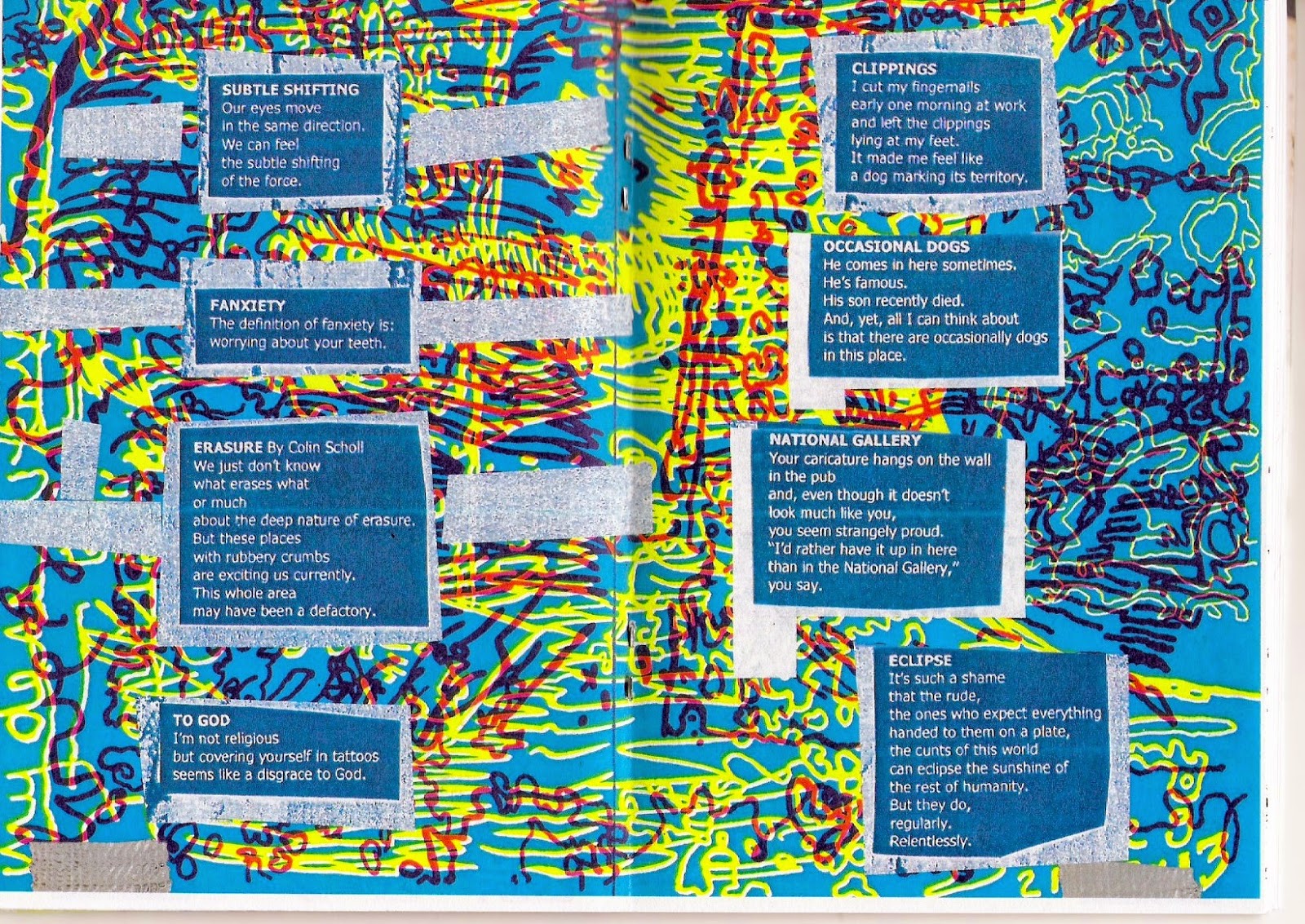 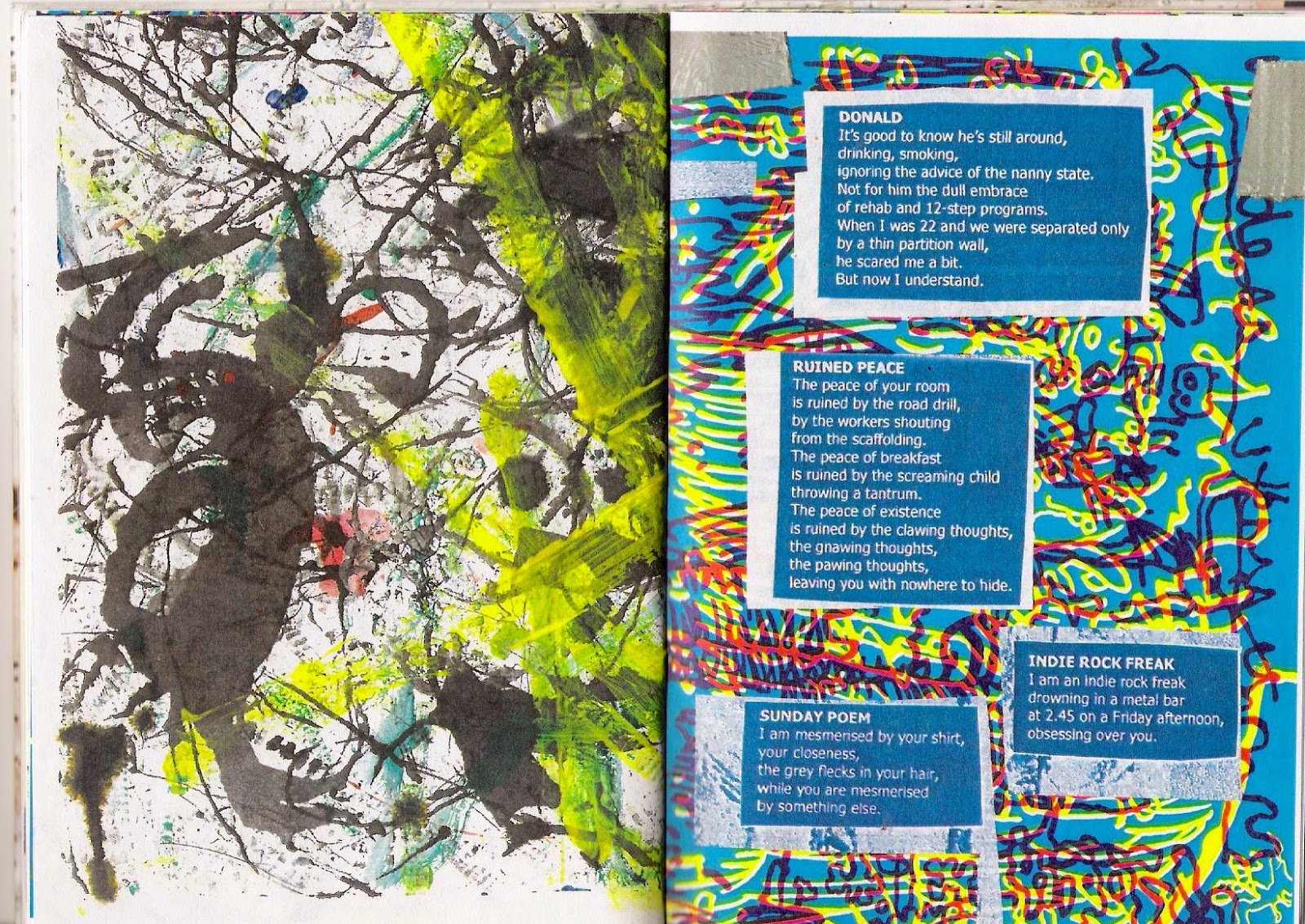 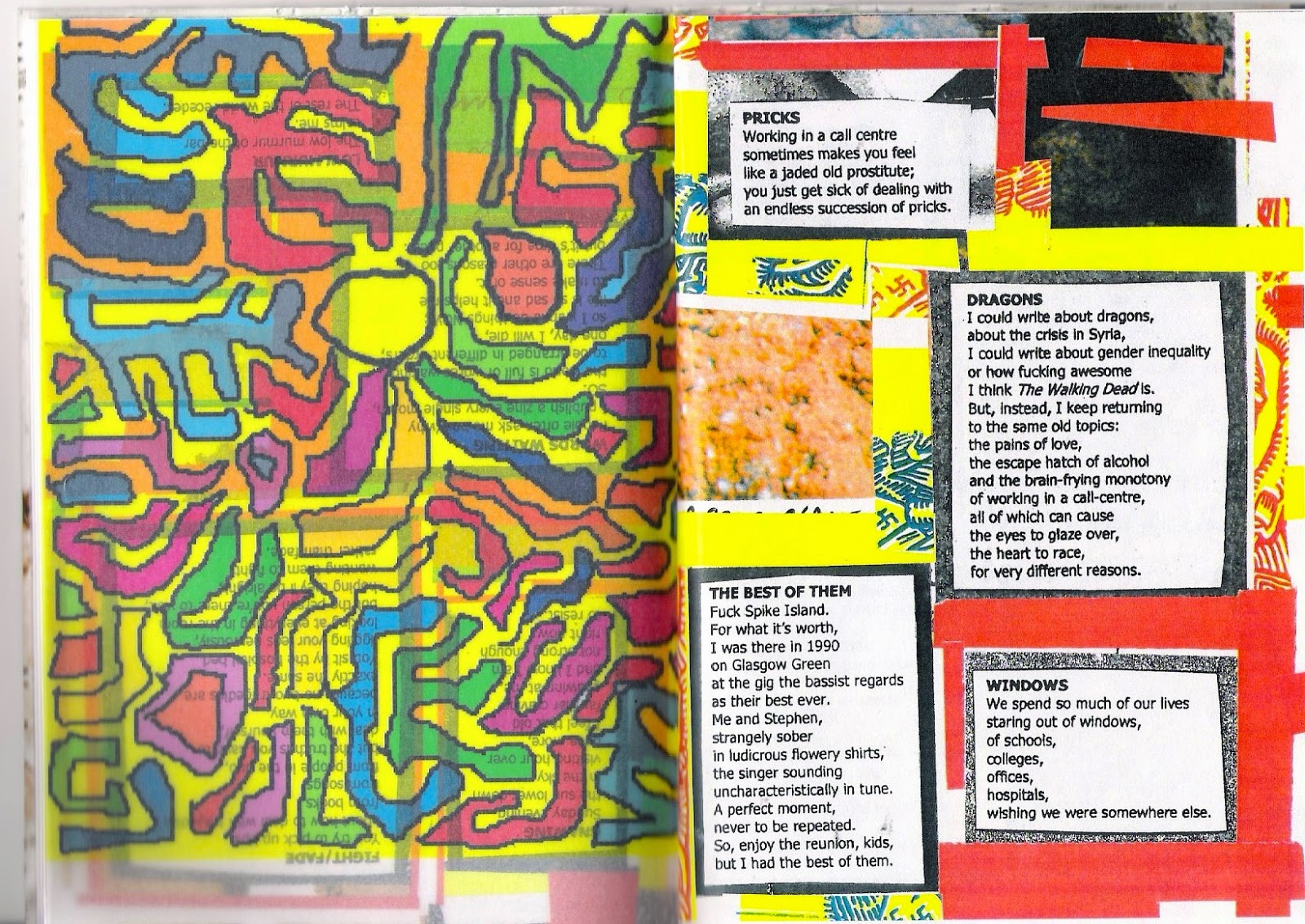 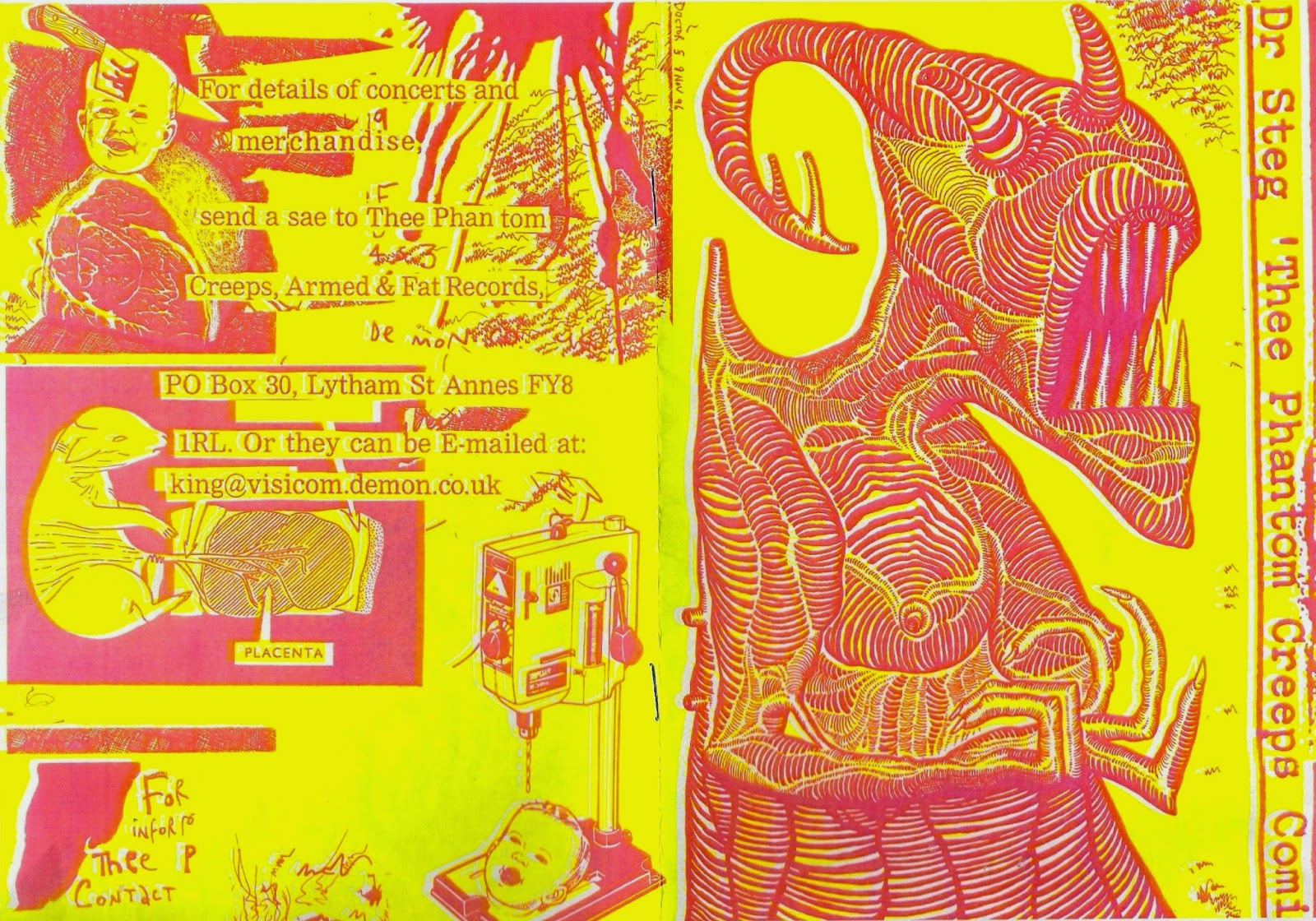 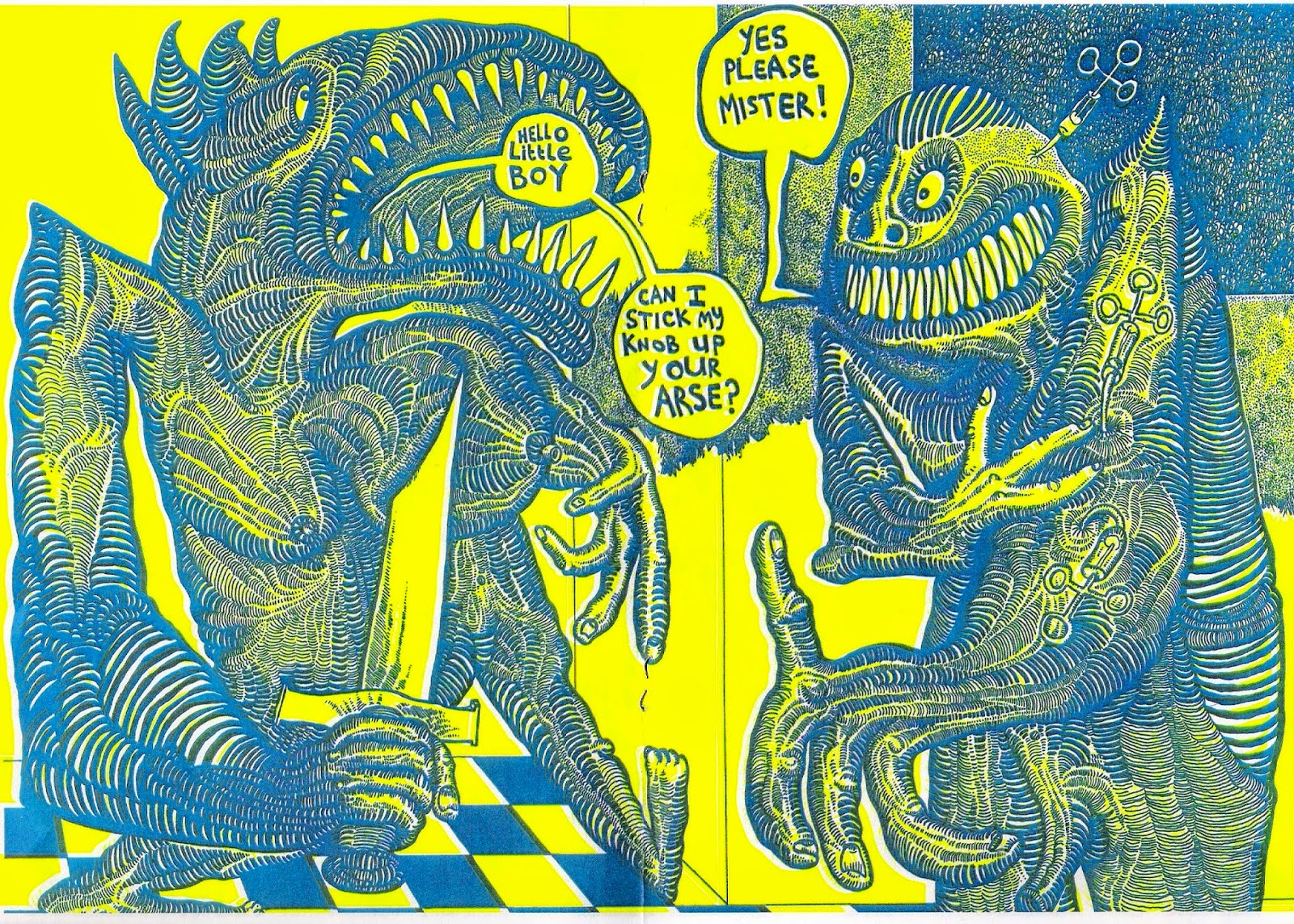 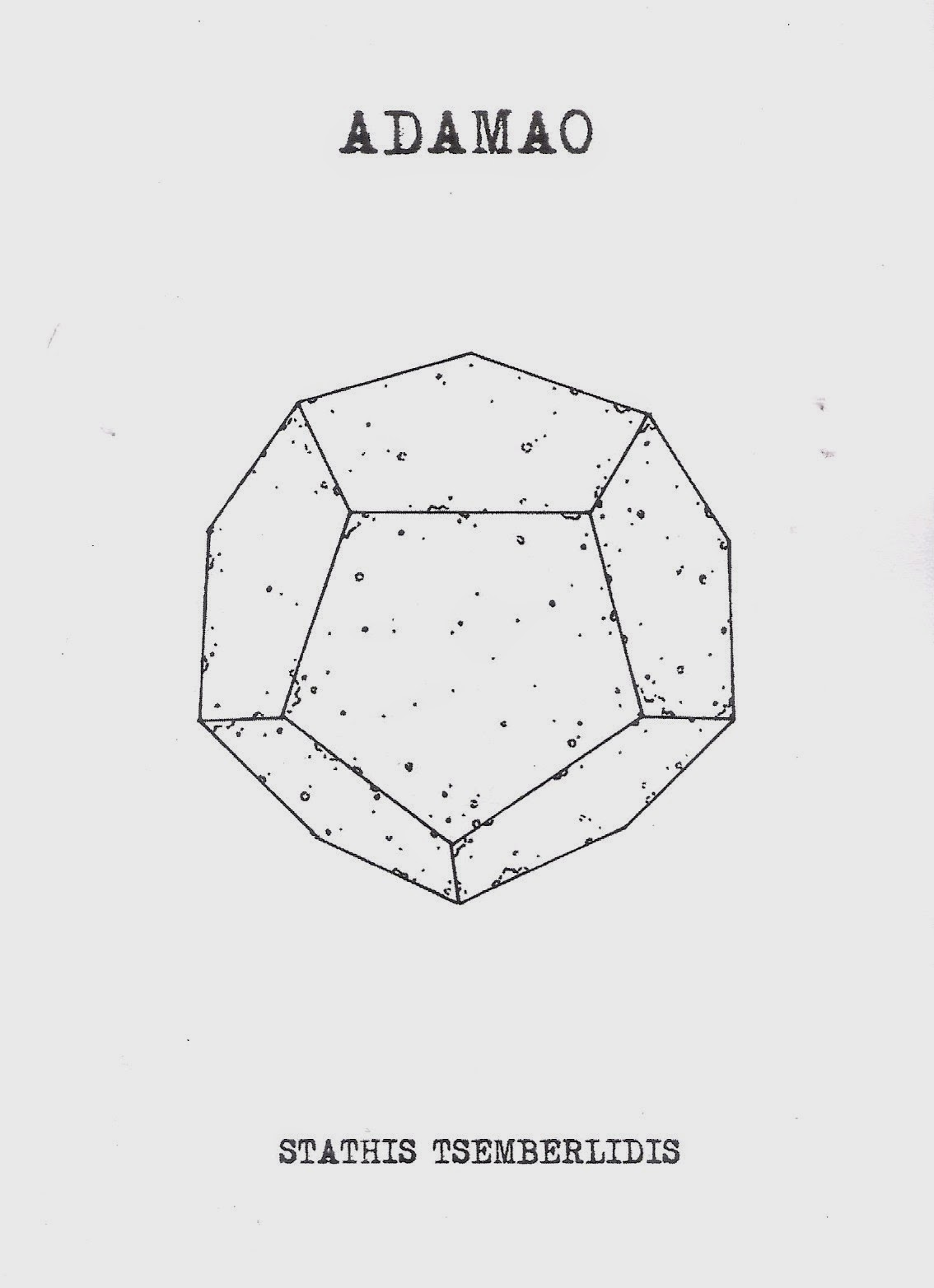 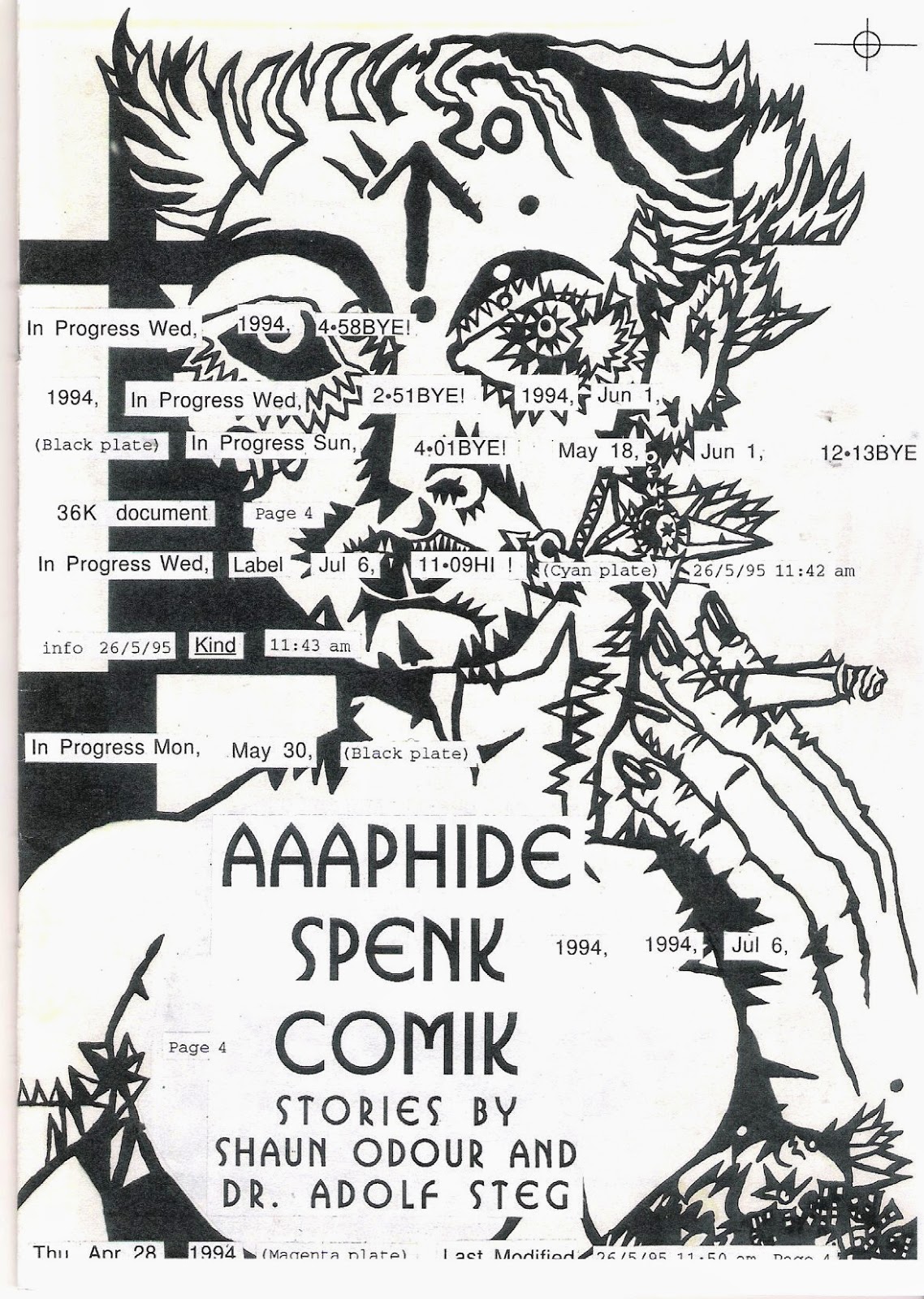 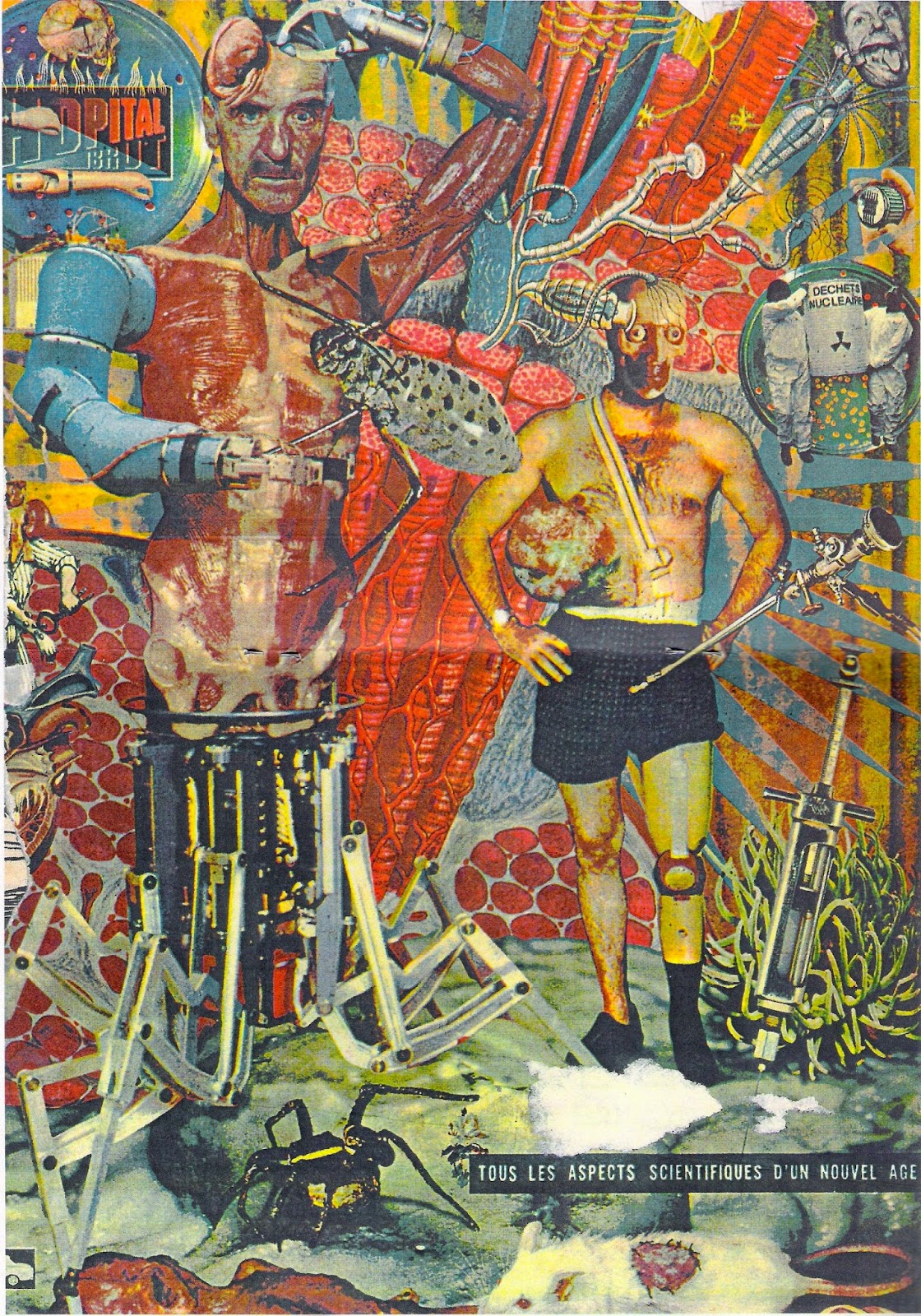 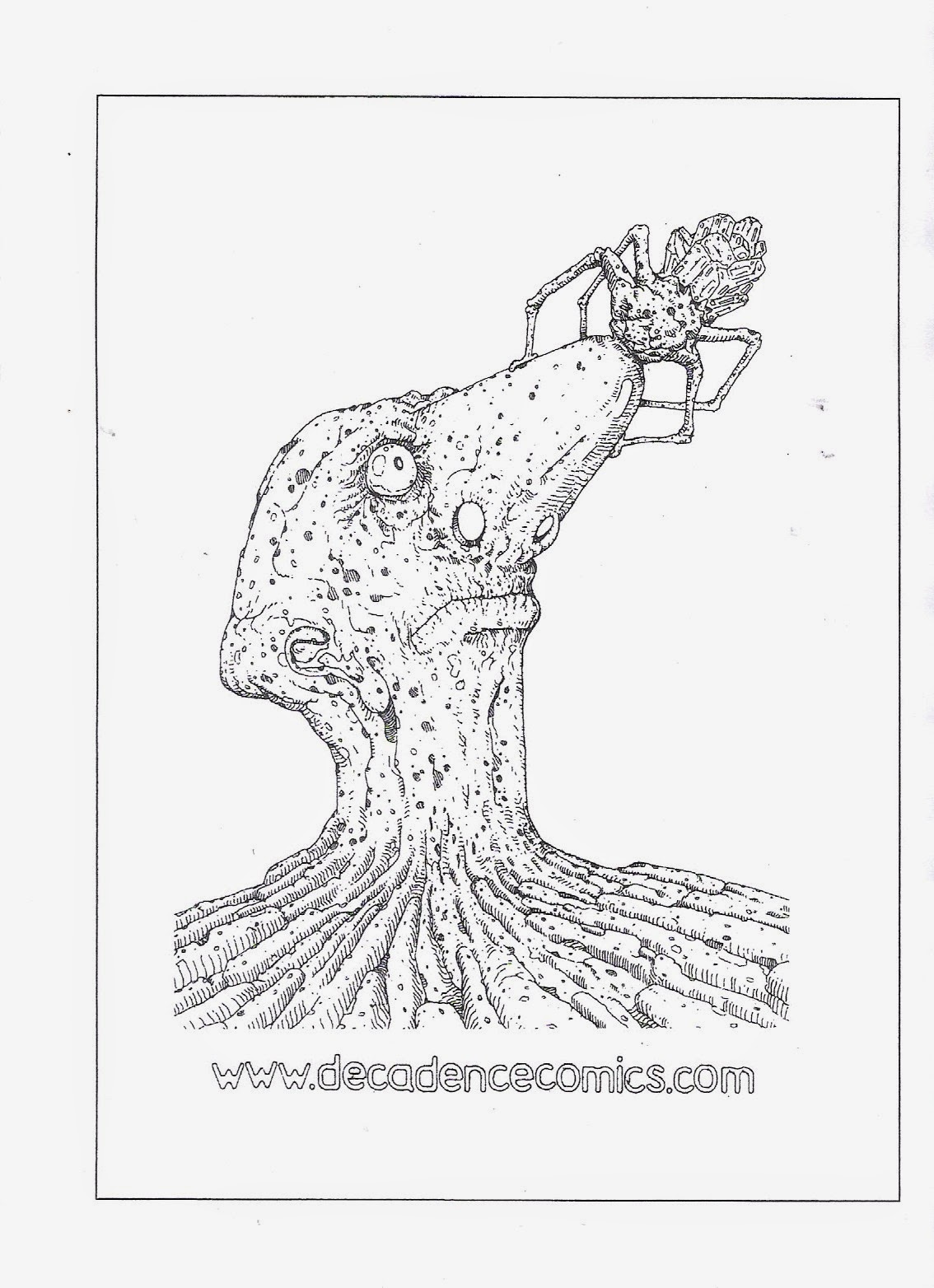 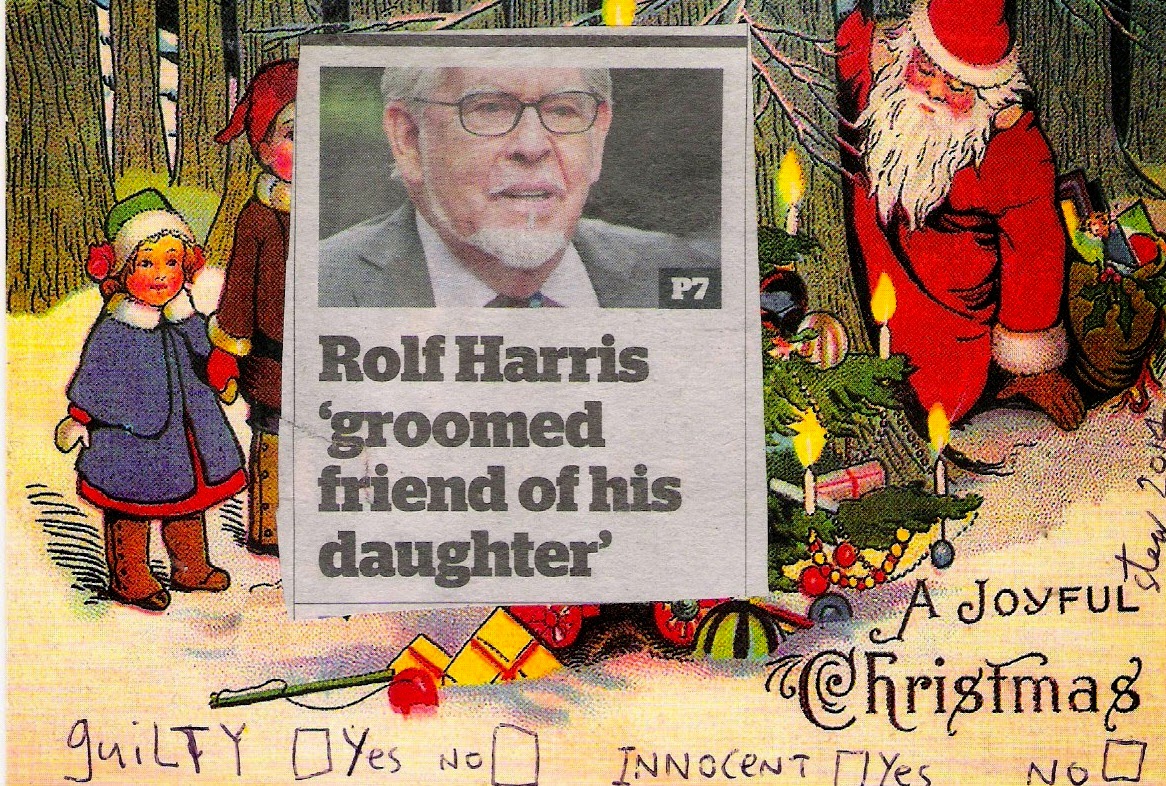 We left Dr. Steg outside Gullivers in Manchester at past midnight in the pouring rain his golden masks in Ikea bags surrounding his feet like golden beetles. He cut a forlorn figure, damp to his very soul, the drink having taken its effect many hours earlier when he decided to usurp whatever it was that was playing across the corridor by staging his own anti-concert. This consisted of throwing to the floor just about anything he could get his hands on whilst waving about dangerous looking gold sprayed knives and crosses that he’d brought along as Smell & Quim props. Somewhere down the line the rather benevolent staff took it upon themselves to tell him in no uncertain words that if he didn’t stop playing silly buggers he’d find himself on the street rather earlier and damper than he anticipated.

And there he is on stage with Smell & Quim not too long after, wearing one of his masks, drunk as hell shouting and screaming in to a microphone alongside someone who up until that afternoon had never heard of Smell & Quim.

The noise world could do with a few more loose canons. It certainly adds to the tension at gigs.

It seems that my premature announcement of the death of Dr. Steg’s SPON project caused a bit of a stir amongst friends of the the good doctors work. It turns out that I was half right and half wrong all along. SPON will cease after its 42nd incarnation but word reaches me from Steg’s very own pen, this very day of our Lord the 22nd of May 2014 that the project will continue as a collaborative one under the SPOONGG banner.

If the two collaborations here are representative then the future looks long and brown and Jimmy Savile cigar shaped. Thats a good thing in Steg’s world and in ours too. Having delighted, amused, baffled and [some may say] outraged those of us who have come across his work since emerging via the Fylde Coast it would be nothing short of a national tragedy to see him hang up his knife, pen, scissors, glue, spray paint or whatever it is he chooses to create his work with.

Steg’s right eye bulges with healthy disdain when it comes to trying to make sense of this ball of muck and water that spins beneath our feet. If his work offends then I dare say he’d be chuffed to bits. The recent jailing of various 70’s DJ’s, entertainers and celebrities for sex crimes is manna from heaven for one such as Steg. What was once cuddly and TV friendly and to be found adorning the walls of unknowing cherubs turns out to be the very thing they should have be afraid of. The world turned upside down. Chaos in pink rooms with Baba Papa wallpaper and David ‘Kid’ Jensen on the radio.

Lets start with what I think is the most delightful item here; a small A6 [?] booklet with a braille, paint smudged cover, lots of Steg’s bright and colorful abstractions and lots and lots of poems as culled from Mark Ritchie’s Hiroshima Yeah! zine. Ritchie puts out the cynical, world weary, drink soaked, fuck you cut and paste HY! zine on a regular monthly basis and is a much anticipated and welcome arrival here, as it has been for what must be over ten years now.  Most of the poems are Ritchie’s own but there a few from HY’s other contributors all of them suffused with huge amounts of drollery and apathy. I’m no massive poetry fan myself but I cant help but admire Ritchie’s work especially a two line poem like ‘Fanxiety’ that both nails the trivial ridiculousness of the ever expanding modern cultural lexicon whilst giving us a chortle along the way:

'The definition of fanxiety is:
worrying about your teeth'.

Or on existentialist philosophy:

A treasured item that I hope will become as sacred as Bukowski’s early pamphlet ‘Crucifix in a Deathhand’. I shall carry it and submit to memory its most memorable words, reciting them to somber drunks in The Duncan. A willing audience if ever there was one.

The Happy Christmas issue sees Simon Harris’s OZ OZ Alice blogspot entries used as text for a host of Steg’s twisted creatures. A meeting of Blackpool minds with the Ceramic Hobs mainman’s observations [a curious mixture of the mundane and the unsettling] finding a voice via many a Steg deformity.

The most poignant artifact here is the tribute to Ceramic Hobs guitarist Nigel Joseph who died earlier this year. ‘Nigel Joseph 1 2 3’ contains his last ever noise release under that name and the Hobs gig as recorded after his funeral. I actually reviewed ‘1 2 3’ two days before Joseph’s death, the news of which spooked me no end. My initial reaction was that I hope he didn’t commit suicide over what I wrote [my review was hardly enthusiastic] which in the cold light of day appears ridiculous but this is the Hobs we’re talking about here. That review appears here. The gig at his wake is a typically wild and shambolic Hobs affair presaged with five minutes of people ordering drinks at the bar before a guitar gets plugged in and things go suitably haywire. I dare say drink had been taken.

The rest of what you see here are various bits of detritus that accompany Steg missives and two comics from Decadence Comics which Dr Steg assures me is worthy of your attention. From what I’ve seen here I’d agree wholeheartedly. Aaaphide Spenk Comik contains stories by Shaun Odour and Steg whose images appear to be rips from French outfit La Dernier Cri, bits of letters from Jason Williams and various other cut and paste robbed ephemera, the centre spread is reproduced here in all its magnificence. ADAMAO baffled me no end but its minimalist style certainly appealed in a dystopian fantasy kind of way.


One more and SPOONGG’s away then.