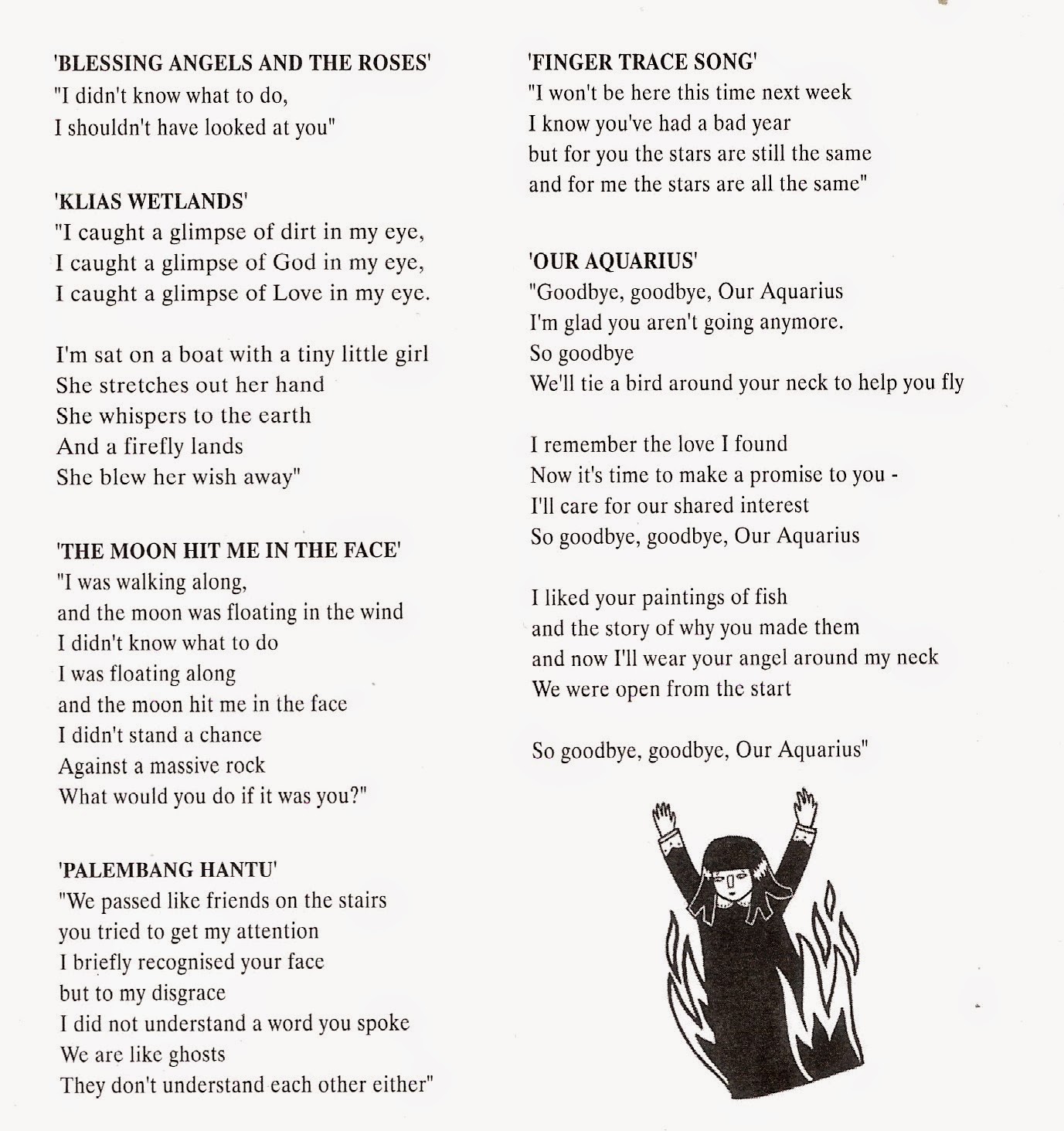 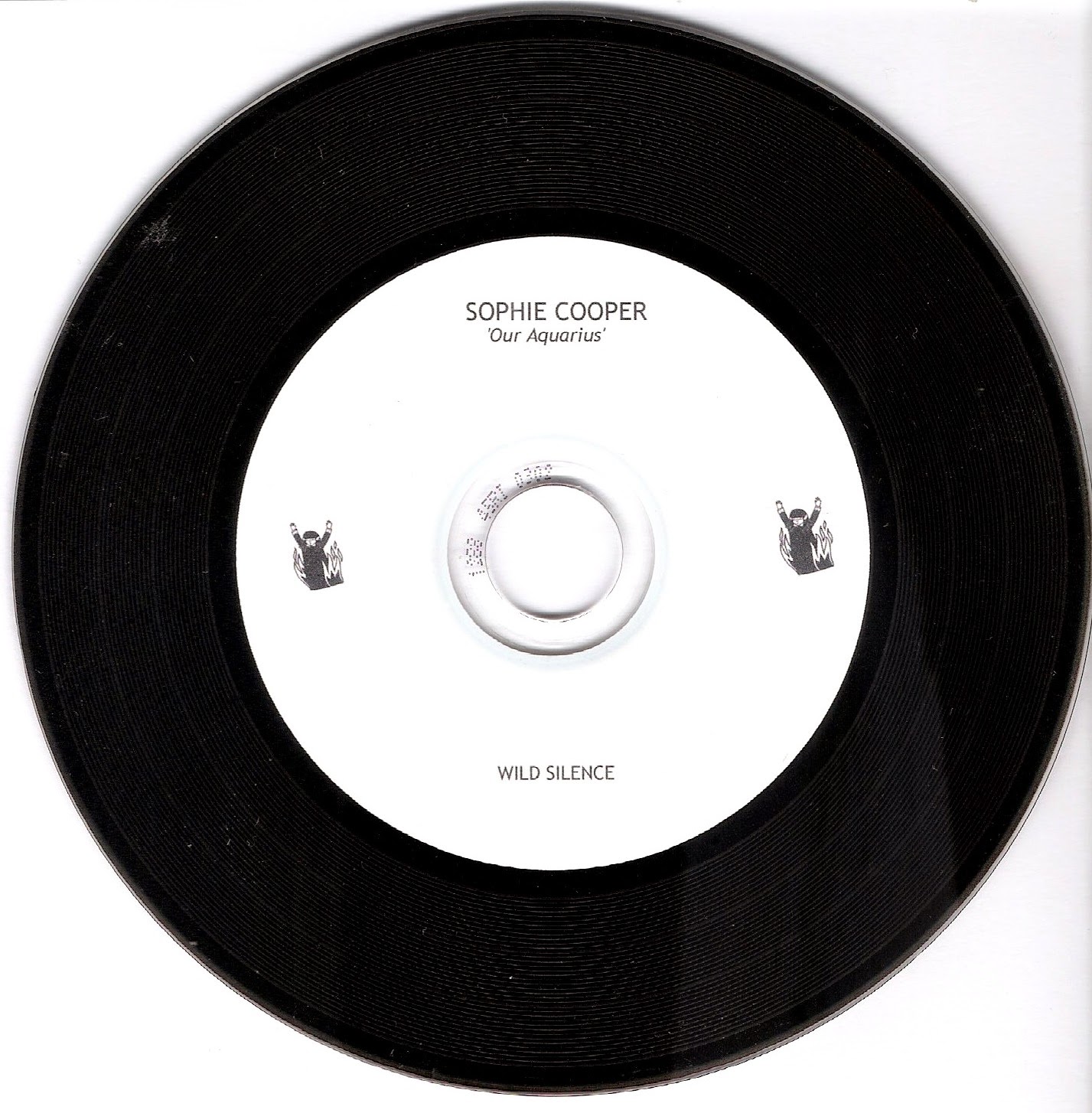 
Sophie Cooper left London for Todmorden in a hooped caravan pulled by a clippetty cloppetty Shire horse with ribbons tied in its mane. Maybe not. The reality probably involved the M1 or the East Coast main line but for a minute there I thought of 'Our Aquarius'  as being an album that captured Cooper's travels from the smoke to the wilds of Tod, lyrics written on parchment using a goose feather quill, whimsical chords strummed out on a battered acoustic guitar as butterflies landed on her head and foxes ran in and out of hedgerows Vashti Bunyan stylee.

Todmorden is the moor top town thats either in Lancashire or Yorkshire depending on which council's redrawing the boundaries this year. A down to earth kind of place that's the rolled up checked shirtsleeves and hobnails boots to down the road Hebden Bridge's denim dungarees and Crocs. Its the sort of place that inspires people. Unlike London which eventually just pisses people off. Its here that Sophie Cooper and partner Jake Blanchard have set up camp and with it Tor Press [the label] and Tor Fest, the 2014 version being a resounding success by all accounts. I've been to their gigs at the magnificent deconsecrated Unitarian church that stands alone on the edge of town and have enjoyed myself immensely. Since arriving in Todmorden Cooper and Blanchard have been busy in many artistic endeavors. Have you seen Jake's poster work?  Good things come from Tod.

But back to the album. Which has very little to do with Vashti Bunyan and Jog Along Bess and more to do with drone, ethereal vocals and gently plucked acoustic guitars along which a sustained electric guitar feeds back. As witnessed on the first track 'Blessing Angel and the Roses' where Cooper's looped voice is slowed to a slur before being fed into a harmonium drone thats just plain old dreamy. Not a caravan in sight.

The most rewarding material here is that which leans furthest away from basic song structure.  ‘Wistanentone’ is an example in point, an eight minute long instrumental where the simple acoustic guitar melody is accompanied by a drone and an electric guitar that teeters on the edge of feedback. 'The Moon Hit Me in the Face' is a ghostly affair with Cooper's vocals buried under a mound of blankets as various things rattle past. On 'Palengam Hantu' the twin guitars interweave to a field recording containing the voices of Tod residents, here we get Cooper's vocals going though various effects again masking her voice. Sleevenotes mention ‘with help from Jake Blanchard’ whether this is in the form of that electric guitar I know not. The open string alternations on 'Finger Trace Song [For AB]' are the perfect balance for Cooper's gentle voice, when Cooper sings 'I know you've had a bad year' to a coda of plucked strings and panning drone, my heart swooned. Yes really.

This collection of songs is obviously a deep and personal one [all the tracks are dedicated to Alison Blanchard] and one that wouldn’t have that same ‘lost’ feel had they been recorded whilst in the capital. Of this I’m sure. The next time you’re in Todmorden [and I urge you to make that journey, it really is worth the trek] you could do a lot worse than play this while on your way.

Our Aquarius is by no means a flawless release but the way it captures a mood, a walk on a moor top with Stoodley Pike in the distance perhaps, is something to admire.