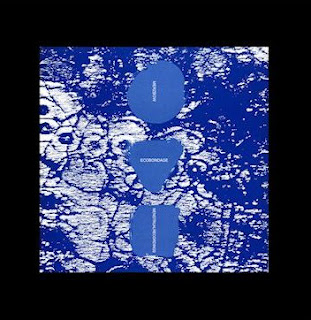 
I got a phone call from my uncle. It was the early 80’s, October and I was out of work and had been so for the last six months. I was as skint as a skint thing, borrowing money against my dole cheque so as I could go out drinking, something which I took great pleasure in those days, that's the drinking not the borrowing. My uncle told me that there was a job going for me if I wanted it at the local coal tar enamel plant and that if I went and asked for his bridge playing mate Ernest he’d promise me enough work to last until Christmas. The thought of having enough money to see me through a solid week of drinking at Christmas and new year without having to borrow or get in debt drove from my mind whatever disapproving thoughts I had of the job being totally shit and instead went to see Ernest.

So I did and one cold and dark Sunday night at the back end of October I arrived at 6.30pm and reported to the foreman and five of us sat in a rotted Portakabin drinking tea until it was time to start work. Work involved the re-sleeving of coal tar enamel kegs whose wrappers and had become sodden through years of outdoor storage. Someone made the new wrappers, someone brought in pallets of old wet, soggy wrapped kegs and we all replaced them with new ones before putting a bag over them, strapping them to a new, less soggy, less rotted pallet before storing them outside again for shipping to Iraq where they were going to cover their lovely new pipeline with it.

It was tedious work made worse by the rotten sleeves springing cold dank water on to you when you split them and the people I was working with, which barring one, were worn down middle aged married men no doubt wondering how they’d managed to end up in a freezing cold shed doing a shit boring job for 72 hours a week. I was about 18 years old and was happy to be bringing home a tax free £300 [having been out of work for so long I didn’t have to pay tax until I reached my earnings threshold] a princely sum and after two months of it I soon had more money than I knew what to do with. When it came around to Christmas I knew that even after a weeks drinking I would still have plenty of cash left for what I wanted more than anything, a decent Hi-Fi system.

So I went to a shop in Bradford called Amriks and paid about a weeks wages for a Pioneer separates system that came in its own black MDF, glass fronted cabinet which had space underneath it for about 50 LP’s.

As of 2015 I still have the speakers, the turntable and the amp. A testimony to Pioneer’s build quality seeing has how these units have been used almost daily ever since. The sad fact is though that my trusty Pioneer separates as bought in Amrik’s 30-odd years ago now sound about as high fidelity as two bean tins with a bit of string running through them. It’ll still push relatively quiet music through its system but get anywhere near the noisier end of the spectrum and it all starts to sound mushy and horrible. Which in this job is about as much use as an ashtray on a bike.

The only thing to be done of course is to invest in some new equipment. So I spent three weeks trawling the websites of various Hi-Fi retailers and equipment manufacturers and pretty soon I realised that the world of Hi-Fi had moved on somewhat since I’d last bought a CD player to augment my Pioneer-ing bits. I now know that there is such a thing as a phono amp, a dedicated amp for your turntable because, obviously, the signal from your cartridge is a very weak one and you need something to increase it before its gets to your amp proper. So I bought one of those and a Pro-Ject turntable and a Marantz amp and some oak racking on which to sit it all and I couldn’t be more excited. I’ll replace the speakers too after some sound testing but for now I’m trying not to hyperventilate at the thought of all this coming together and filling my days forever more with the most wondrous sound reproduction.

And here it all sits bar the oak racking which is probably still on a joiners desk in Rutland or getting lost by Fed Ex or the Big Green Parcel Machine so instead I sit and play the CD that came with Ecobondage because it appears that you can’t buy an LP these days without it coming with a CD or a download link.

The thought of hearing vinyl through, what will be probably known for the next thirty years as ‘the new system’ gets me so giddy I find myself buying a Merzbow record, something I haven’t done for a very long time. Its a reissue of a late 80’s release through the charmingly named Menstrual Recordings label. Because all the best Merzbow material has already been made. If only he’d have packed in a round ’96/’97 chipping out with Pulse Demon and Venerology, Merzbow at his screaming, crunching best before lap tops and the ubiquity of the internet and the resultant queue of labels intent on seeing Masami deliver on his promise of a thousand releases.

The last Merzbow release I reviewed was Kamadhenu four years ago, a review in which I kind of said goodbye to Merzbow. But that was before everybody went reissue mad and I got a new Hi-Fi, still without a rack, probably on a Big Green Parcel Machine and found myself with money burning a hole in my pocket and me wanting to hear some late 80’s Merzbow again. It’s a good time to be listening to early Merzbow thanks to the reissue market and labels like Vinyl-on-Demand putting 10LP’s of Masami’s very earliest work into a silk screened wooden box that'll cost you a £150. Truth be told I’ve been listening to quite a bit of Merzbow of late, mainly as an aid to blocking out unwanted work conversations at break times. My favourite find has been the ten minute track Peaches Red Indian which originally appeared on the 1983 release Mechanization Takes Command and sounds a lot like Vice Versa only with the vocals replaced by a boinging machine.

But back to Ecobondage which on the accompanying CD is to be found in its original two sided C60 form. Two tracks that show just how inventive and wide ranging a sound Masami was capable of creating before he set about trying to bore us all to death. Here we have everything from TNB like junk scrape to needle abuse to balloon squeak noise to didgeridoo honk to mournful soundscapes containing hidden conversations to dustbin shuffle and just the merest nod towards all out noise. The last ten minutes proved so popular that Autechre sought to remix it for the their contribution to the Russell Haswell collated release Scumtron, although I prefer what we have here which sits in Aphex Twin/Einstürzende Neubauten territory, a muffled rhythm played out on felted pipework with a layer sound disappearing and appearing again by use of a volume control.

Ecobondage and the randomness of an iPod shuffle have resulted in something I thought might never happen, the reawakening of my interest in all things noisy. After a while out in the noiseless wastelands its good to be back. I’ll let you know what it sounds like on the ‘new system’.