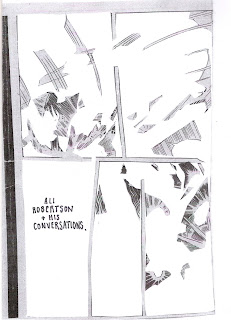 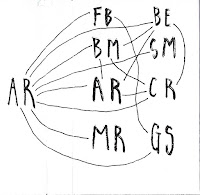 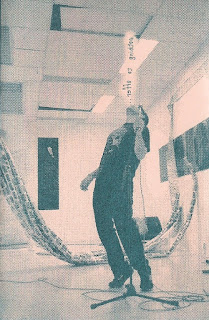 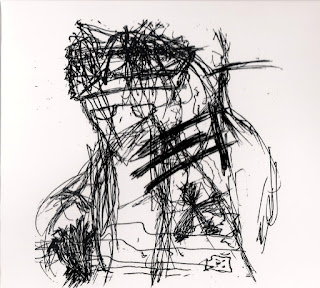 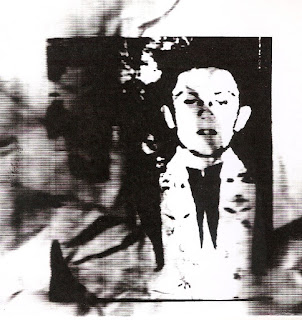 The world of Gurglecore is but a small one [we can thank Phil Todd for the term]. People who make sounds with their mouths and sometimes pots and pans and the odd drum and sometimes electronica and the squeak of chair or the drop of stick. Choke and Clanger merchants, gobollallia, logorrhea lunatics. Gurglecore.

A small group of people in a tiny venue in Manchester accessed by a narrow flight of stairs from street level, twenty people sat around Phil Minton and Tony Oxley one with gob the other with drums and its just jaw dropping. It happened to me. An epiphany. Even the brother-in-law liked it and he’d only come for the beer. I’ve been here before but not often. Its a small world.

Several releases then that you could throw under a large-ish Emin embroidered vocal improv Dictaphone abuse noise Gurglecore blanket cover. Its not something I usually dig out on a Sunday evening but there’s no denying that certain factions within the vocal improv Dictaphone abuse noise Gurglecore world have a way of producing sounds that are of a nature that is like no other and is thus of a very satisfactory relaxing type sound, well some of it is. I think its the fact that you are listening to someone gurgle, or mash up their lips or scream or squawk or whisper, mumble, whistle, moan, groan, raspberry or just plain old talk that makes a refreshing change from the music or sounds that I usually reach for. Perhaps its the connection between speaker and listener, like listening to Stephen Fry reading from one of his books as you crawl through the M1 road works, a familiarity that brings comfort.  Like listening to Collette Robertson’s Scottish brogue intoning the words ‘if only you could put a little bit of yourself into the work’ against the sound of traffic noise.

Its the simplest of instruments. If you’ve walked alone down a long corridor or under a motorway bridge full of echo and not whistled or barked like a dog or shouted out rude words then you are a very sad person indeed.

Ali Robertson likes to talk. As do his friends. After a walk with Collette by the side of a busy road ‘his conversations’ is just that with a recording device sat on the mantlepiece catching the talk which segues into someone spitting ‘P’s’ and straining to rid themselves of a stiff shit which is, if nothing else, light relief from the garbled mass of conversations over which someone sometimes makes wibble noises.

His ‘& Friends’ finds Barry Esson, Bryony McIntyre, Ash Reid and Murdock Robertson involved in some kind of parlor word game, the rules of which I couldn’t fathom, in which the participants recite a certain phrase joining in at the right moment until you get them all talking at once or not at all. The other side has the village idiot having a coughing fit at an Irish jig and some kind of no-fi Bohman-esque scrapings. It's all rather mesmerizing and I have no idea why.

Taking these sounds into the art space can and usually does result in the kind of performance where you find yourself checking your phone or gnawing your wrist off in a bid to distract yourself from the pain resulting from what your eyes and ears are telling you. I’ve seen enough American sound poets to last me a lifetime each one of them making me wish I had a fully loaded Taser on my belt. Fritz Welch isn’t an American sound poet but he is American and his name is one that jingles the memory bank and I’m not sure if its in a good way. One side of his ‘Nothing to Offer’ [the gods of irony look down upon me] was recorded in a synagogue in Italy and consists of Welch hitting lots of drums and percussion type instruments in a haphazard fashion all whilst making noises with his mouth. The flip was recorded in a sauna in Edinburgh and moves along similar lines but is much sparser and all the better for it with Welch managing to create a truly surreal atmosphere with his rubbing and moaning. I’m just glad I didn’t have to watch it.

On the more suitably titled “Argot of Incomprehension’ we have Jon Marshall and Joe Murray going at it hammer and tongs under the Papal Bull banner. Here its all Michael Bentine’s Potty Time meets Captain Beefheart chewing on a hot sausage. I’m assuming it’s Marshall Touretting with the vocals as Murray scatters his Dictaphone wanderings hither and thither but I could be wrong. The rather splendidly scribbled and smudged inner sleeve mentions such exotic instrumenti as tres cubano, a xaphook, escalator and sheng amongst the more ubiquitous junk percussion, harmonica and shruti box. All this makes for a splendid near on 40 minutes worth of utter madness with Marshall and Murray constructing actual songs with actual song titles; ‘Snout Leather is Softest’, ‘Wand Erection’, Sadly Not Teeth Trees or Demons Piled on a Step’ which leads me to believe we have some wonderfully inventive minds at work. The way they distort the shruti box, brings to mind Mick Flower’s destruction of his Japanese banjo and with it the same kind of intensity. Chuck in the kind of demonic possession sounds as last seen on the Exorcist and you have the last track ‘Spangled Rag of the Butchers Apron’. Marshall and Murray are the perfect match, the jam roly-poly and custard  of the improv world. Definitely one of the highlights of the year.

An earlier work from 2012/13 appears courtesy of Chocolate Monk and with it a leaning to the noisier end of the scale albeit it with smidges of gob gabble interspersed within. ‘Bourgeois Blues’ is all distorted to buggery tape manipulations eventually giving way to vocal gurgles and an ice cream van playing the theme from Match of the Day v-e-r-y, v-e-r-y s-l-o-w-l-y. Then there's the eleven minute ‘Sniff Out Where the Boar is Hiding’ where the cycling grind in one ear is matched by the screeching grind in the other, the shorter ‘Esther Mung, the Tenderloin’ [I just can’t help myself typing out these song titles] is more all-in wrestling grunt and gurn and all the better for it while the last track ‘Only the Mouth and Nose, and this last a Substitute for a Phallus’ reverts back once more to feedback and churn and a climax of moaning groaning voices.

I feel tempted to chuck in some Yol reviews here and further extend the joy to be had from working with the gob but it’ll have to wait.

So we go from conversations in Scotland to drum scrape to Beefheartian noise work outs and its all sounding enthusiastic and lunatic and bloody marvelous. Gurgletastic in fact.