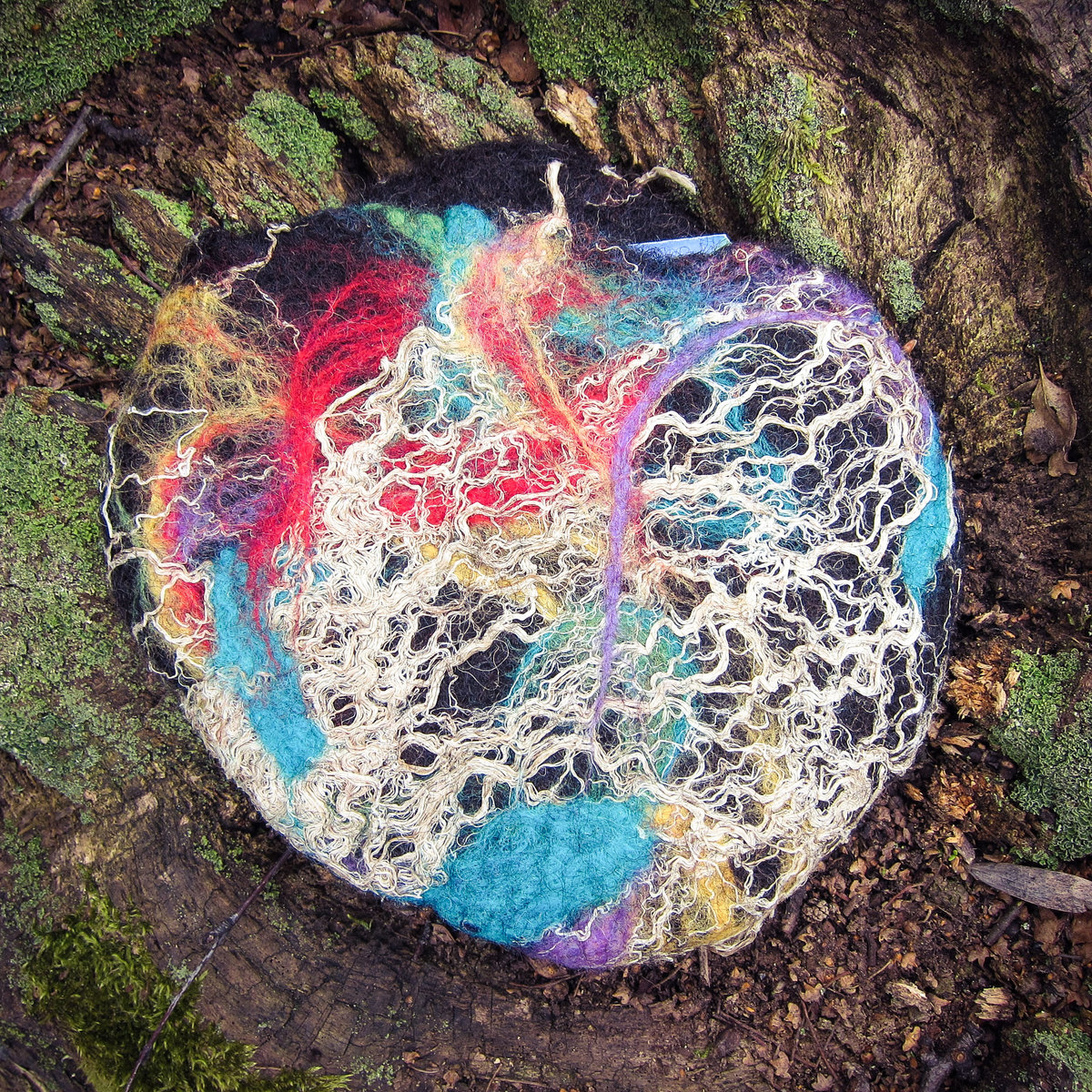 
There’s not that many genre defying releases make it through the door here these days and the days when I get them in hand felted pouches are even rarer so here’s to Staraya Derevnya who’ve managed to do both. Cheers.

The man behind this genre defying release and someone who I feel has the mastery of the studio at his fingertips is Gosha Shtasel. A man who has somehow managed to create a work that takes in elements of Ghédalia Tazartès Einstürzende Neubauten, Vibracathedral Orchestra, Belgian experimental rockers Deus, World Music and lounge muzak.

Before we go any further though here’s a list of some of the instrumentation as credited on the rather fabulous fold out CD cover:

And a choir of six people. And cries and whispers.

What the objects are I have no idea. They could be anything because inside this release lie all manner of sounds and instrumentation all of it bringing to my ears the kind of aural delight one comes across all too rarely.

Track one ‘Hram’ kicks off with a blood curdling Tarzan roar before going hell for leather in some kind of Siberian knees up, a demented breakneck race for the finish line where all the participants fall around spent and pissed. Track two ‘Mem’ kicks off with the sound of a skip full of milk bottles being dropped from a great height. A sound that continues through its course as two people, one speaking Russian, the other Hebrew [I think] talk to each other from either side of my headphones each. Track three ‘Chastity’ has the shruti box, someone scraping stones together, the feedback and a head down pean to someone’s God as sung in Hebrew.

And so it goes. Each track a beguiling mix of sounds, voices, languages and styles, a journey, a testament to the producer’s skill and a joy for the listener. I’m taking in the Kazoo right now. I like Kazoo’s. I don’t hear enough Kazoo’s. With it the some Ethiopian jazz courtesy of Hailu Mergia. In a moment there will be some Turkish funk and a splattered keyboard solo where the player rests all his hands on the keys going for the big Sun Ra cluster buster. It all ends with a conversation. Maybe in Russian. After which I put it back in its felt pocket and give thanks to man called Gosha Shtasel.