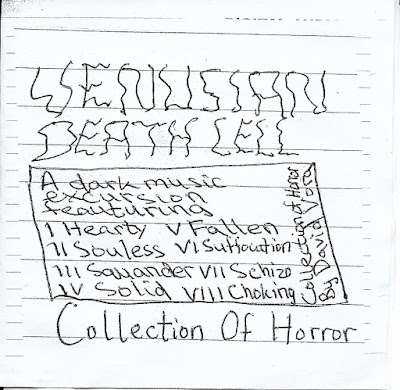 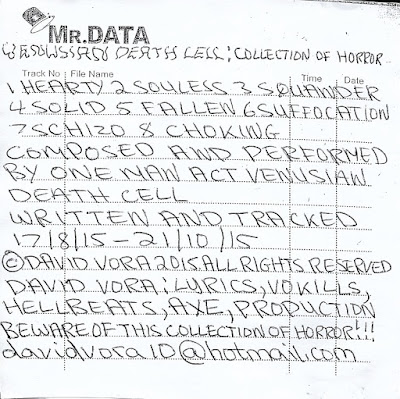 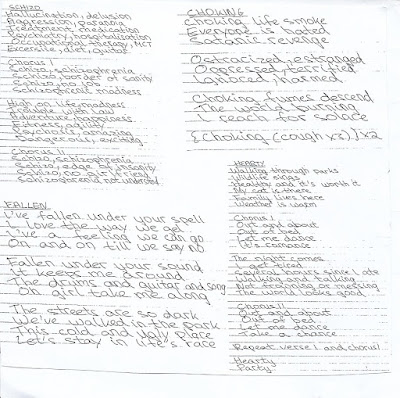 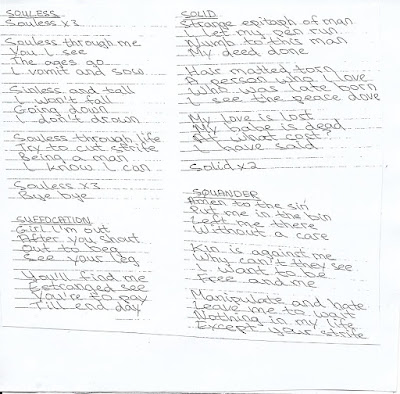 
If there is such a thing as Death Metal Improv it lives within the confines of Venusian Death Cell and its one man creator David Vora. For whatever mental image you have in your head when you think of Heavy Metal it would not be like this. This is Metal played by a junked up Derek Bailey, a Tony Oxley with one arm tied behind his back and only Quality Street tins for percussion, a Samuel Beckett on croaky vocals [sorry ‘Vokills’].

David Vora is the man and the only man, behind Irish Metal project/band Venusian Death Cell. He’s been sending me his work on and off for years, always with the same hand drawn covers on lined notepaper, all with track titles like ‘Choking’ and ‘Solid’, all of it sounding like it was recorded straight to condenser mic on a 1970’s Hitachi radio/cassette player. He’s been quiet of late. Not heard from him in nearly ten years. And then this turns up and its just like every other Venusian Death Cell release I’ve received which in case you were wondering, is a good thing. Just as I rate the Bongoleeros as the worlds best Rock ‘n’ Roll band I rate Venusian Death Cell the worlds greatest Heavy Metal band. Or Death Metal band, or Death Metal Improv band or whatever it is. This isn’t easy you see. There’s nobody else sounds like Venusian Death Cell. The man is unique.

Previous VDC outings has seen Vora sing the word Halloween over and over again on the a cappella track ‘Halloween’, he’s been known to use samples from horror films and failed to edit out the stop/start sounds that the tape player he was using makes. He sings in a mournful Irish accent usually against a clatter of jagged sounding rough guitars and drums that contain but the merest hint of rhythm. It is wonderful.

Vora credits himself with: ‘LYRICS, VOKILLS, HELLBEATS, AXE, PRODUCTION’ before telling us to ‘BEWARE OF THIS COLLECTION OF HORROR!!! It was Halloween yesterday after all and with that thought lingering I search Youtube for rare Venusian Death Cell outings and hope that the next release isn't as long in arriving.

Contact: davidvora10 [at] hotmail.com
Posted by Idwal Fisher at 6:11 pm

good to know he's still out there working; the last I heard was (I think) Honey Girl.

Got a new release from him just this week. Watch this space as they say.