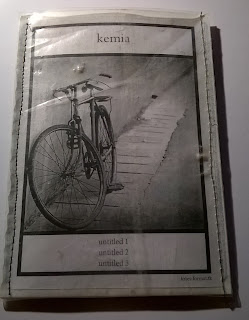 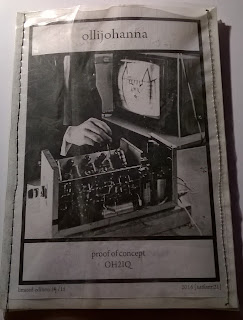 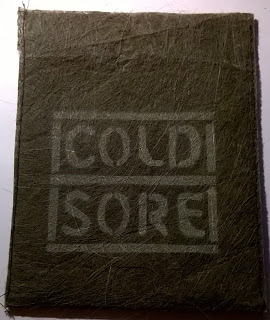 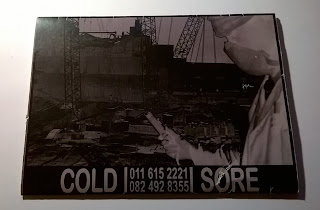 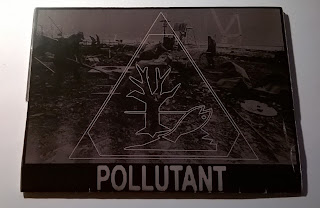 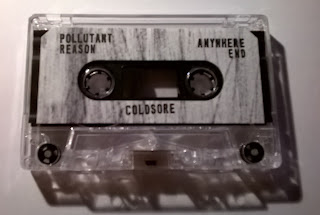 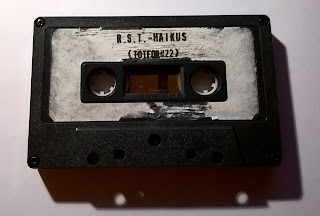 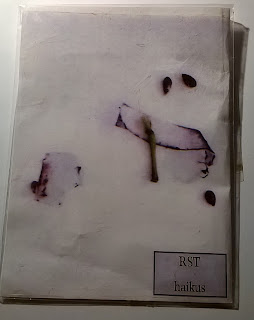 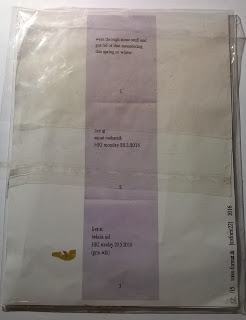 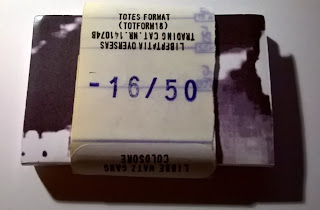 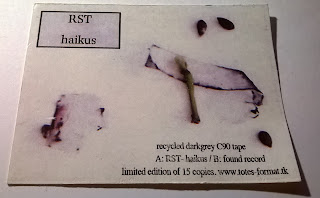 Tapes come and go in the room where I type out these words and when I’m done with them I put them in a box. Sometimes I pass them on or, if I’m feeling devilish, I take them down the chazza where no doubt ladies of a certain age pick them up and look at them with a curious squint before asking a colleague if they still sell cassettes or not.

For the last few weeks and months these four cassettes from the Finnish label Totes Format have been whirring away in the background, clicking over from one cassette to the other via the wonders of a trusty twin cassette deck. If I’m concentrating on something computer wise I can often hear the same two sides of the same two cassettes all evening and when I’m hearing sounds as enigmatic and captivating as these I sometimes feel as if I’ve been held in some kind of a trance. Some people have streaming media players and suggestion algorithms, I have recycled cassettes from Finland and a JVC twin cassette deck.

What makes this all the more compelling is that I have no idea who any of these people are. I’ve had Totes Format releases through these hands before and excellent they were too with GRMMSK [I have a feeling the label head here] running around bald, naked and painted white within bridge structures making along the way some amazing sounds with a homemade string instrument and a drill. That was about three years ago now which judging from their website makes for a very steady release program. Editions don’t run to many numbers and as you see we’re in hand made recycled territory here with hand stitched, reclaimed material sleeves and the use of old circuit diagrams as seen in previous TF releases. Its a stance to be applauded.

Out of this dark sea of ambience and dark electronic sounds the last track of three by German artist Kemia got to me the most. It might have been artistic judgement, kismet or a recording made on an inspiring day when the sun just about rises over the horizon and the temperature barely budges above zero but ‘untitled 3’ [never has a track of such beauty been given such a mundane title] did for me like a Novocain shot in a dentist’s chair. A dreamy and blissful decay wrung from an only dreamt about Basinski/Prince collaboration where a series of underwater detonations reverb out to coda on bed of dreamy muffled voices and celestial treated harp. Hypnogogic pop eat your heart out. The preceding two are bleak low hertz blasts and nocturnal ritualistic electronics and something I need to investigate further but track three … let me play it just one more time.
On the flip comes Ollijohanna and two tracks of stunning black industrial ambience. Here is all cavernous drones and desolate electronic skree, hollow roars and stripped wastelands, the sounds of distant explosions and their aftermath.

Coldsore appear twice each time creating dark and foreboding atmospheres that focus on both depression and pollution. On the Libbe Matz Gang split ‘0+0=0’ there’s mention of Largactyl and a quote by Wittgenstein and it is of course suitably wrist slitting. Pollutant’s four tracks contain various synth atmospheres accompanied by sampled dialogue, the odd disguised PE vocal and air raid sirens all leading me to think that these tracks were recorded by someone who hadn’t been listening to disco for a while. Depressing, sombre works no doubt recorded in the depths of a Finnish winter at three in the morning.

‘Under the Chemical Cosh’ is where we find Libbe Matz Gang and a short side of swirling flanges and lower key synth blurp that would no doubt pop the woofers on cheap paper cones. A fitting flip to the Coldsore track. While RST’s ‘Haikus’ consists of two live tracks as recorded this year, the first a constant stream of low end flutter and tundra storms perforated with granular crumble, dark, random pulses and eerie ritualistic melodies, the second an empty room filled with angular resonating electronics.

Putting these releases in a box seems criminal and the chazza is definitely out. Perhaps I’ll leave them on display for a while before giving them another outing on the JVC.