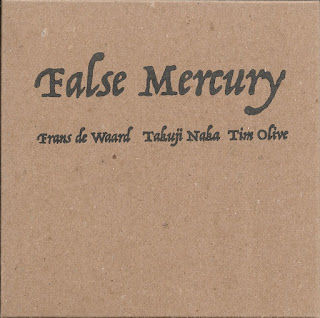 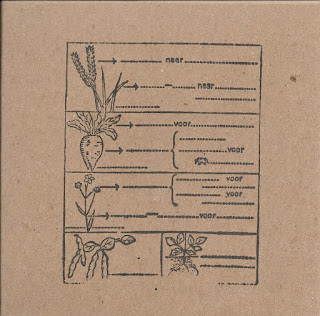 Jin Sangtae makes noises with old hard drives. I’ve watched videos of him performing at his annual dotolim festival in Seoul and as you’d expect its rather noisy in the way that digital noise can be, none of that low rumble, bowel loosening, pleasurable noise of roar yore. And this is through youtube where its not exactly gig space volume levels or hi-fi Ortofon stylus playback mode. I got to watching more of his videos, not becoming obsessed or anything, but intrigued and got to thinking again as to the pleasure to be had in listening to noisy music in all its innumerable ways. Be still my beating noisy heart.

In a video posted in 2012 Sangtae sits at a table with Choo Joonyong who plays an innards exposed VCR and Otomo Yoshihide who scrapes various bits of plastic along a slowly revolving turntable. Sangtae, who may have not yet reached his recycled computer hard drive phase, is seen blowing into a parping car horn [from which the rubber bulb has been removed] a car horn topped with biscuit tins and sheets of thin steel assembled in various unstable formations that teeter ever more out of control before the whole lot crashes across the floor making for one almighty clang. Yoshihide rubs and scrapes, Joonyong adds his indecipherable electronic jitter. And while it all looks deadly serious, its not without its humour.

False Mercury finds de Waard, Naka and Olive in a basement in Nijmegen making sounds with modified cassette players, contact mics, magnetic pickups, lo-fi electronics, hand made string instruments ... hours worth of recordings. This release being the distilled result of those hours mixed and polished for our edification and described in the press release as ‘a single 31 minute dose of subterranean cough syrup-vibe goodness’.

Being partial to a bit of capstan rub and syrup-vibe goodness all went well for the thirty one minutes. After a quite opening the threat of noise lingered in the background like an approaching storm only to subside and be replaced by the gentle whirr of those modified cassette player motors and electronic hum. From the video evidence I’ve seen its Olive with the hum courtesy of a hand made Heath Robinson like guitar neck which he threatens but does not touch with vibrating tuning forks and magnets. There’s the chirrup of toys winding down and steam trains building up a head of steam though thats not the source of course.

On naar/voor Sangtae’s hard drive explodes like distant stars, their countless shattering fragments dissolving like crackling R Whites fizz. It’s not all out war by any means though, Olive compliments with his magnetic pickup/Heath Robinson string neck filling out the sound and making this a win/win collaboration. Track one begins in such a way then descends in to near silence, the only sounds audible being monitor buzz and the muffled chatter of information channels before the flickering emergence of shortwave radio stations. The second track rattles like a broken washing machine giving you the opportunity to hear Sangtee’s broken hard drives close up and while it never reaches the extremes of his solo work [what I’ve seen and heard at any rate] the sounds are intense in their own way with enough space and clarity for eager listeners to pick out every tiny detail. Which is pretty much how the last track goes too, a fluttering glitch ridden ride where digital meets analogue, the crunching of ones and zeros, whoops and spirals, high hertz sparkle that disappears into emptiness.


Some of these these people have been making noises for a while now, some of them very long time. They know what they’re doing.  All this on Tim Olive’s 845 Audio label as run out of Kobe where he mingles with like minded souls and issues his releases in recycled cardboard sleeves with Japanese rubber stamps on them all doing their bit in lifting these releases from the mundane whilst highlighting green issues.