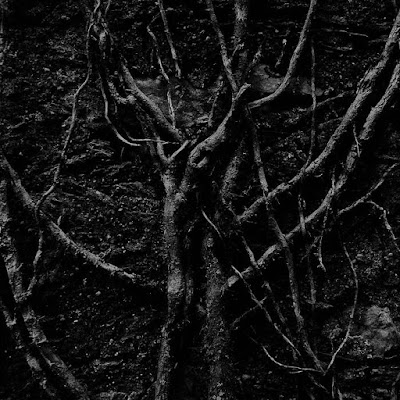 
Me and Mrs Fisher were in Lisbon in October watching wheezing American pensioners coming to terms with Lisbon’s ridiculously steep and narrow streets while in search of custard tarts because there’s nothing more rewarding than a custard tart in the sweltering heat. We stayed in an apartment near the Gulbenkian where we went one night to hear Mahler’s First Symphony being performed. We ate salt cod, drank excellent Douro wines and watched Happy Valley on a big fuck off telly because we could. I love Lisbon.

I mention this because today I’ve been sent an email by Pedro who is one half of a band called Candura. They’re from Lisbon and they describe themselves as 'Black Metal/Noise' and while I’ll not normally go anywhere near anything with ‘Black Metal’ in the title I will if its got ‘Noise’ in it. So while I caught up on my emails Candura droned on in the background and then in the foreground as they caught my attention.

Is it ‘Noise’ or is it ‘Black Metal’? This was the thought going through my head as I typed up catch up emails. Or is it another Sunn O))) tribute band? Sunn O))) and their ilk do nothing for me and if I ever want my flares flapped by waves of infrasound for three solid hours while standing shoulder to shoulder with lots of long haired males doing the slo-mo head bob I’ll let you know. But this intrigued me.

I have to admit to not listening to much Metal these days, in whatever shape or form it comes in but when its been mangled to sound like its halfway to a noise/drone set then I’m all ears. Of the two tracks on this cassette/dl I much prefer the longer almost half hour workout which is a guitar climaxing over a constant wash of fuzzy noise. With lots of screaming/anguished wailing that in itself becomes part of the constant wash of fuzzy noise. But is it Metal or is it Noise? And does it really matter? Comparisons with Ramleh [in either PE or Rock mode] wouldn’t be wide of the mark either. So maybe that’s why I’m drawn to it.

Whether I’m supposed to listen to this while typing catch up emails or laid naked on a black granite slab with a recently dead chicken on my chest is another question altogether.