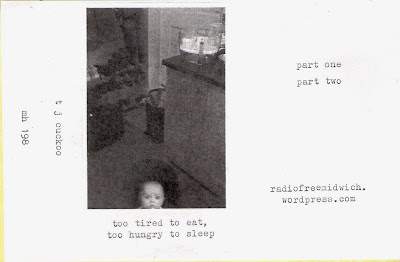 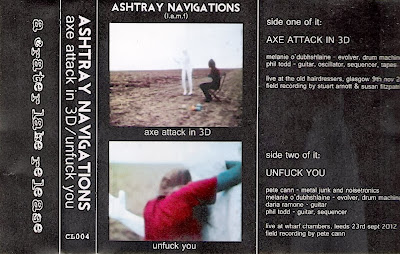 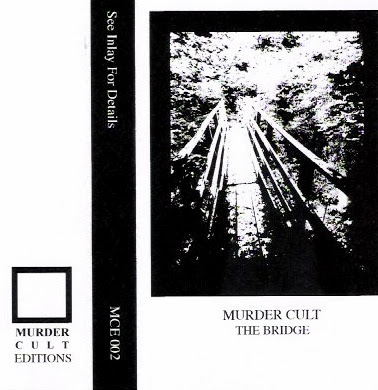 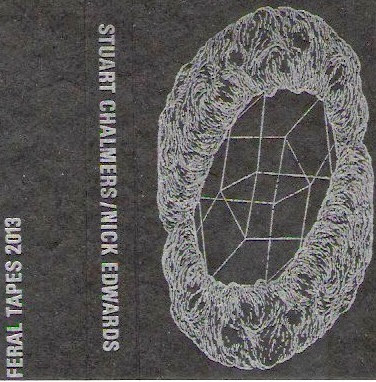 I’ve been given a few tips on how to reduce the review pile. Most of the more sensible ones come courtesy of Idwal’s fellow traveler Rob Hayler whose Radio Free Midwich utterances provide much in the way of sense. These include:


There’s more of course, I've even considered reviewing vinyl only releases or releases that come without download codes or links to downloads [MP3's are already persona non grata round here] and whilst they’re all ideas worth considering I think I'd be punching myself in the face and missing out on a great deal of superb material if I were to tie myself to such a self inflicted contract. This isn't a moan about having too much to do either - I'm extremely flattered that people consider this blog a worthwhile place for criticism and /or rumination. So there appears only one way forward - to stick to the method I’ve used since day one i.e. listen to everything and review everything.  And besides, I actually do like sitting and listening to everything I get sent. Lack of time is my main enemy but as that great sage Neil Campbell once said ‘don’t bitch about not having the time, just do something with the time you’ve got’. Wise words indeed.

Reviewing cassettes is a good way of eating into the review pile. Some of these cassettes are tiny, like C10’s. Such as T J Cuckoo’s ‘Too Tired To Eat, Too Hungry To Sleep’ which is actually that man Hayler again treating us to the sound of his new born baby son screaming his head off for ten minutes. Said screaming is layered eight times for maximum discomfort and proves far more uncomfortable a listen than say Pulse Demon which as Rob says 'is entertainment'. Its perfectly weighted reasoning; noise releases that still try to flog themselves as being ‘extreme’ or ‘the most nauseating experience of your life’ usually, no make that always, turn out to be anything but. So why not give the punter something that is truly hard to listen to? Having listened to this once all the way through, right through to the gurgle and children’s nursery rhyme that acts as soothing balm at its end, I can tell you that maximum discomfort has been achieved. Perhaps only the Schimpfluch Gruppe have come close to providing anything of discomfort? If this had come in a used nappy full of runny green shit it could only have heightened the noise excess but as a stand alone tape release it does the job pretty well on its own. Curious listeners begin your journey here and you will have to start it here for as with all Matching Head releases there are no downloads.

Thankfully the rest of this small cross section of the review pile provides more in the way of aural relaxation. Especially from Ashtray Navigations who give Crater Lake their first stand out release via two live tracks [Glasgow and Leeds] that shows just how far out and spacey Ashtray Navigations can get when the smokes blowing in the right direction. The Glasgow track fades out on a long blissful sea of flute and Kraut Hippy bong smoke but not before the Toddmeister has had his wicked way with his guitar and rung the neck off the thing with deft fingers and flicky plectrum. ‘Unfuck You’ sees Crater Lakes own Pete Cann join in the fun with junk and ‘noisetronics’ for a droning ride thats a sludgefest of a two note bass riff stuck to lots of spazzed key flurries and a drum machine being hit at random. Still one of this nations saving graces and important in oh so many ways.

I was reminded of YOL yesterday as I walked through Cleck. There at the other side of the street was a man clearly not in control of his faculties shouting ‘I AM NOT MICHAEL’. Who he was addressing these comments to only he knows [or perhaps not as the case may be] but the first thing that came in to my mind was YOL. Except YOL shouts ‘DO YOU WANT TO SHARE A NEEDLE?’ as he drops a Le Creuset pan lid on to the floor. The request is repeated through varying degrees of temper from pleading whisper to bellowing roar. At times you wonder if YOL is being tortured such is the intensity with which he performs. I’ve yet to see him live and admit to not being able to make it to the Leeds gig that makes up the side long performance here but with this in hand I feel I'm already prepared. Comes on a recycled cassette with brown paper wrap around sleeve with YOL’s own distinctive graphics and hand stamped typewriter notes. An item of true worth. [Also available as a download with the instructions ‘listen through dictaphone speakers, pour beer on leg, discuss bus times’ which may indicate some kind of weariness on YOL’s part - all grist to the mill].

Another short C20 release from Murder Cult who give us two ten minute gamelan pieces that may or may not have been recorded using metal bowls or scaffolding. All very meditative in a Buddhists burning incense kind of way but not what I was expecting from an outfit going by the name of Murder Cult. Which has me all baffled and thinking things of a mysterious nature. What does it all mean and where does it fit in to the bigger scheme of things? Does it really matter? I have no idea. Can't it exist as is? Please discuss amongst yourselves. A ritual soundtrack of Column One type proportions that I wouldn’t have minded being stretched out to an hours worth on a CD for fuller immersion.

The Stuart Chalmers/Nick Edwards split is perhaps too long. One side of it anyway. Feral describe Nick Edward's piece ‘Reflectogrpahic Suite’ as ‘space dub’, I call it prodding a snyth for thirty minutes making Forbidden Planet noises. Bernard Hermann may approve but for me my patience ran out after about ten minutes. Suck planets it in it may but not on this Walkman. The flip was eminently more listenable but coming from Stuart Chalmers I expected nothing less. Chalmers previous work using cassette players has teetered on the edge of brilliance - journeys of sheer beauty that you all too rarely come across. ‘Subterranea’ took a few listens to reveal its charms but when it did its improvised melancholy appeared though four tracks assembled via three cassette players and pedals. Chalmers skill as an improvisor lies in the way he layers multifarious sound sources be they religious Indian music, brief beats, twangy guitars, single struck piano keys, plucked piano strings, echoing tubular bells, in one instance a a banjo string is heard being wound up and then down, bubbles break the surface, all of it memorable, all of it absolutely marvelous. One track is all doom laden and atmospheric, another a melange of different beats and owl hoots, another more spacey and sci-fi. Listen to everything, its the only way.

Any link for the Murder Cult tape?

Bottom right hand link has been amended for your delectation.