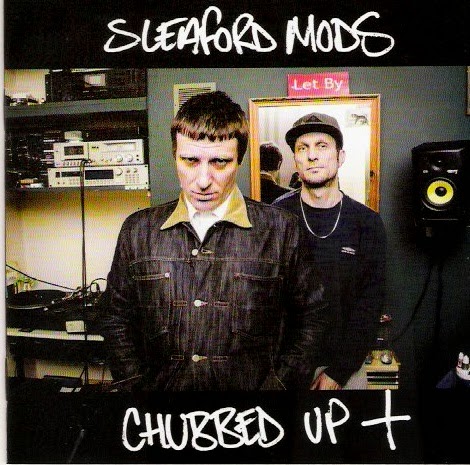 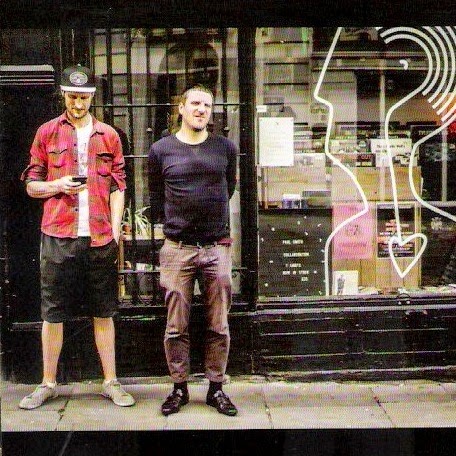 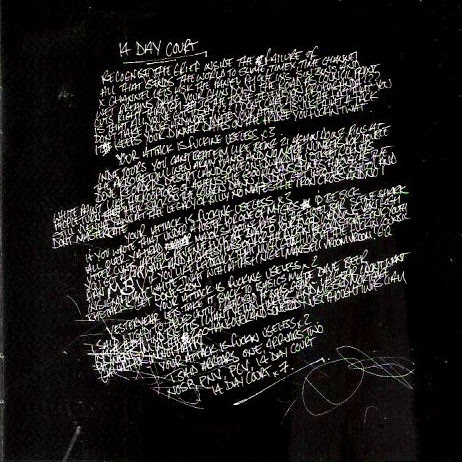 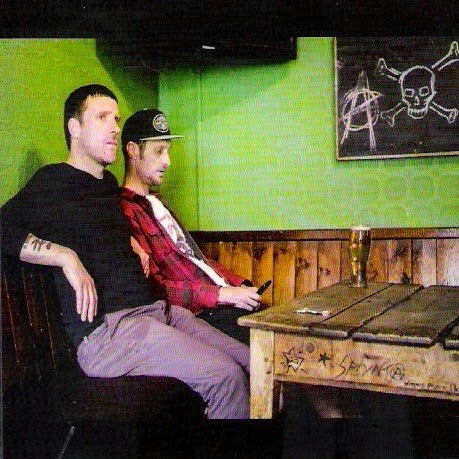 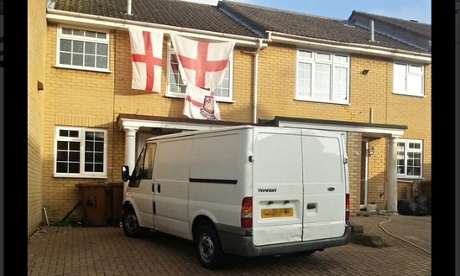 
I got the call from Underwood. The Sleaford Mods were in town supporting The Specials and there’s a triple A gold plated back stage pass waiting for me. All I have to do is drag my weary bones the ten miles to Leeds. Not easy after a weekend of debauchery in Dusseldorf supping in bars frequented by Joseph Beuys [who once got chucked out of the Fuchsen for refusing to take his hat off] where at five on a sleepy Sunday afternoon I realise that I’m half cut and have to get a flight and then drive home.

Hunter S Thompson’s ‘Long Plastic Corridor’ is laid bare for my delectation. Five types of cheese and a selection of crusty breads, vegan choice on the menu and bottled beers and water in the green room. We nip out for a pint and when we get back we can’t get in the venue because security doesn’t know who we are. ‘Have you checked all your gear in’ security says by way of small talk as we await recognition. Me and Underwood look at each other ‘Yeah, its all in’.

In the real world the Academy is filling up and after a group of teenagers dressed like The Byrds have done their bit the Sleaford Mods walk on stage plug in the lap top and let rip. The audience is mainly bald, mainly white, mainly Fred Perry polo shirts and braces, mainly middle aged, mainly Dr. Marten’s, one of whom knows every word to every Sleaford song. Not only does he know every word he’s jumping around on the balls of his feet, two, three feet in the air, pushing himself up on his girlfriends shoulders until there’s a circle of space around him, head going from side to side, tongue out, off his tits and loving every second of it. Williamson has developed a furious tic which involves his right hand moving in rapid motions between his hip and the back of his head. He leans into his microphone flicking sweat off the end of his nose, rubbing and ranting, walking a few paces in a circle when theres a gap. Fearn is his usual loose limbed vertical limbo dancer, beer in hand jumping forward to press play after a sometimes brief discussion about which songs next. When they’ve done Fearn unplugs his laptop shoves it into his backpack and they’re in the car and gone before The Specials open up with Ghost Town.

After thirty years time the country was crying out for another Ghost Town. That it took two forty year olds to deliver it while a group of Byrd look-a-likes jump around to Green Day tunes irks me somewhat. And then there’s that cut and shut ginger nut from Hebden Bridge churning out middle of the road radio friendly pap in the now days of food banks, austerity measures, out of control borrowing [both governmental and household], delivery drivers being made redundant on Christmas Day, bankers bonuses, zero hours contracts, tax dodging mega-corps and Kim Kardashian’s fat fucking arse. I anoint myself with cheap whisky and hammer shut the doors.

Jobseeker is Ghost Town so is Tiswas and Tweet Tweet Tweet or any other song you want to pull off these two releases, [or, come to think of it, anything they’ve released since Austerity Dogs] all of which are becoming the grumbling dissent in the background of a country whose cosy two party politics are being given the ice bucket challenge by a velvet collared clown who likes to pose with a pint and a fag and tell everybody how in touch he is with the common man. All this while wringing his cap in the presence of his future media bosses and trying to forget he once set up an off shore trust fund in a bid to avoid paying tax on his rainy day money.

I heard Jobseeker on Radio 4 last week. This is how far the Sleaford Mods world has changed since I saw them play a freebie gig in a crummy Blackpool boozer at the fag end of 2013. Williamson held forth on why he had to write songs that mirrored todays mire because no bugger else was doing it. I try to keep the car on the road my mind reeling from the fact that a band on Harbinger Sound are on a Radio 4 news programme.

Chubbed Up + collects five recent singles with a couple of unreleased tracks chucked in just keep the completists on their toes. Tiswas has four new tracks with ‘Bunch of Cunts’ being the ugliest and bleakest and perhaps some indication as to the direction the Sleaford Mods are traveling. In it an unchanging sparse beat allows Williamson to give us another verbal salvo with ever more out-there stream of consciousness weirdness, ‘in the jungle, the mighty jungle, the lion’s off his nut’. ‘The Mail Don’t Fail’ speaks for itself while lame London-centric soft rock stars are the target in ‘The Six Horsemen - The Brixton’s’, ‘They’re so outrageous, they’ve been doing drugs for ages’, definitely the only song in which you’ll hear Johnny Borrell being called a cunt. Worth buying just for that. ‘The Demon’ picks up a sixties funky Blaxploitation vibe over which Williamson rants a virtually non-stop stream of spat out words, a man ridding himself of a brain blockage, ‘din bin din tin tin fuck off min’. The depth is phenomenal. Try listening on repeat. The infectious beats, the words coming at you like a hail of bullets, the laconic delivery on the Six Horsemen, the punk as fuck bass on The Committee, the two minute rattlers, the whomping horns on Fear of Anarchy.

The only way to make this years looming general election anything like bearable is to turn down the volume on your TV and play some Sleaford Mods. With any luck they’ll be using carefully edited bits of Jobseeker as the soundtrack to various politician being pelted with eggs. I’m here waiting.