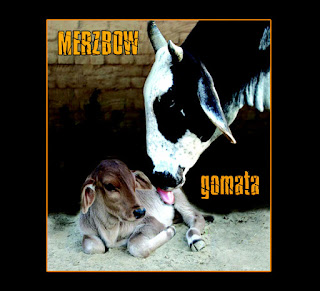 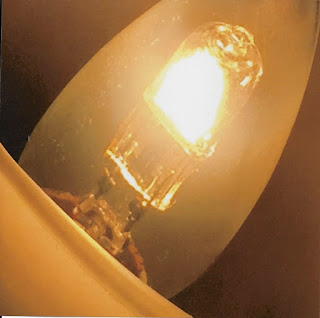 It would appear that I am now a ‘Noise Writer’. A writer of Noise, a weaver of words regarding that most uncomplicated of genres.  According to two recent publications relating to the matter that is. Times change of course and while this title may have fit once, many years ago when the genre still held me captivated and anything that rattled my bones was worthy of words, I find it now sits uneasily. The last two posts on this page have covered Irish heavy Metal and Scottish Zombie Mexican Wrestling Mask Rock and in the not too distant past I’ve written about everything from Contemporary Composition to environmental recordings to chart raiders Sleaford Mods so while I no longer write about Noise to the exclusion of everything else it would appear that I am forever to wear the colours that are those of the ‘Noise Writer’.

Given the opportunity to muse on the subject though I still relish the visceral thrill to be had from listening to an hours worth of the new Merzbow. Before giving it the now traditional kick in the teeth. It appears to be a ritual in the making; Hypnogogia take delivery of an hours worth of Masami’s latest dribblings along with a note that says ‘stick a cover on it and while you’re at it think up some track titles, I’m a busy man. Best Regards MA’. Weeks later the CD’s arrive from the pressing plant and out go the stuffed Jiffy’s to the Merzbow completists and me. I dutifully listen then make lots of disparaging remarks along the lines of ‘doesn’t he ever get bored making this shit’.

To be fair to Masami, Merzbow still manages to gather plaudits for his live outings and I dare say there are those who still buy his latest work [though I don’t know any personally]. I couldn’t make it to last years Manchester gig but reports of him making him making a not insubstantial racket aided by a Hungarian drummer were widespread. But then there’s the Sun Ra release. Big unsmiley face. The little I heard wasn’t great and the idea itself should never have gone further than the back of the fag packet it was written on. Then there’s his incessant release schedule; 389 credited on Discogs with six of them coming in 2017 alone and were still in March. One of those appeared whilst I was actually writing this.

So he has his fans and he has his detractors and whatever I write concerning Gomata isn’t going to affect Masami, his reputation or those crackpot Merzbow completists. Despite all this trash talk I still consider myself a Merzbow fan, mainly due to the heights of his late 80’s early 90’s work which is now coupled to the reissue schedule of his much deeper and varied early work. The problem I have is that I stopped caring about what Merzbow released around the time he went all digital. I'm pretty sure he's not 100% digital on this release [there's no info regarding instrumentation on the release] but the taint lingers.

For the record Gomata contains four tracks of your typical Merbowian high energy fizz and thats just about all you need to know. I’m almost at the end of track three. Was I bored? Not really. Was I blown away. No. Will I sell it on eBay? No. Last track was the best of the lot if you must know. Worth the release for that one alone. I respect Hypnagogia and Merzbow entirely but please, no more. Part of a trilogy relating to sacred cows apparently.

With a mere seven releases covering the last eight years appear the more sedate [though slightly younger] Early Hominids. This was given to me with over a glass of Fino on Saturday night and where Merzbow leaves me shaking my head for all the wrong reasons this one has me shaking it for all the right reasons.

Forgoing their recent PA smoldering exploits messers Campbell and Walsh [for it is they] go for the squidgy beats cum noise blurts as spread across nine tracks and thirty segued minutes. A noise release to some, dance music to others. Here the pair have finally found the space within which both of them can work, which in layman’s terms means they aren’t at war wiv da pedals and der synths. After all eight years is a long time and its not like they’re in each others pockets. They have other irons in other fires. These things have to be taken into consideration.

As with Campbell related releases the segueing of the tracks brings with it continuity so there’s no unwanted gaps to break things up. An important matter in such things. Gadget freaks will delight in the clarity in which each bloop, fart and swizz scans the room. Those with rhythm in their hearts will nod a head. A little like being stuck in an amusement arcade with all the machines going full bore, a malfunctioning Gameboy, a half hours worth of ear scrunch and foot wriggle that chips out on a much slower Clangers like note. That must be the Noise Writer coming out in me.

For the less tangibly inclined, lots of interesting things over at the Zanntone Bandcamp page-check it out.